The first time I went to San Fran I was in eighth grade and I got to leave school early one Friday to catch my flight. It was SO COOL then and it was SO COOL this year too, even as an adult. One of my favorite memories of the first trip was at Ghirardelli - specifically walking through the store's entrance with my Mom over and over again and collecting a free sample each time!

Despite growing up in California, Bryce had never been to nirvana that is Ghirardelli! I insisted that we go so we... took a trolley in the wrong direction, got off in a shady neighborhood, boarded a bus, rode for 30 minutes, walked for 10 more, and finally made it to Ghirardelli Square! 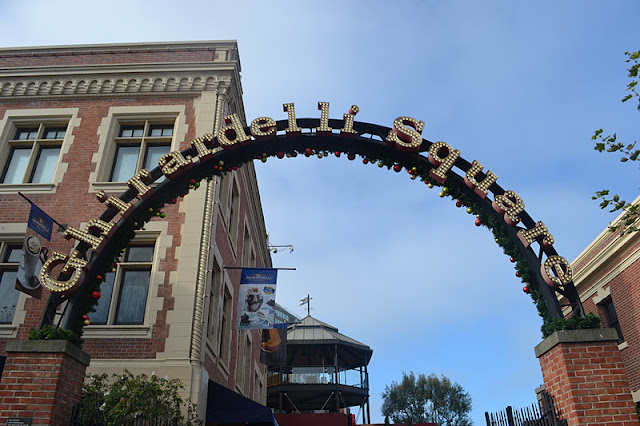 The reason we went to San Fran was to catch the Monday Night Football game - my team (the Pittsburgh Steelers) versus Bryce's team (the San Francisco 49ers). Our visit to Ghirardelli was on the same day as the game and we were dressed accordingly all day long! ﻿ 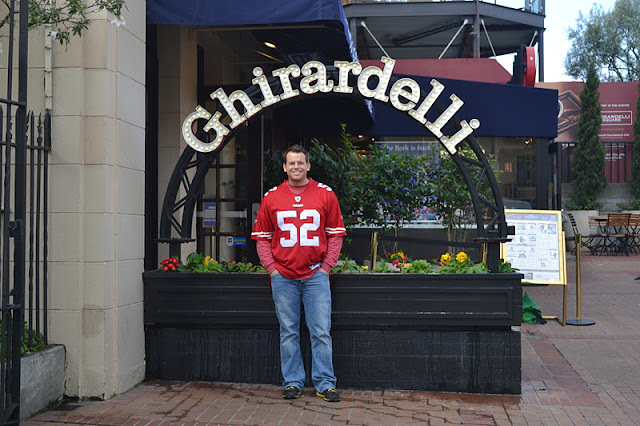 Yes, the 49ers won but we all know that the Steelers are STILL BETTER. We got so many crazy stares and funny comments while walking around holding hands in opposing team jerseys! Just like our long journey to reach this tourist spot, where there's a will there's a way, and we'll be just fine despite our loyalty to different NFL teams :) 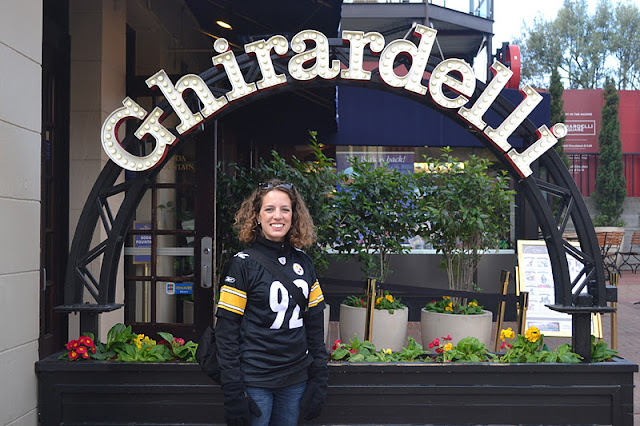 If it was possible to capture the insanely delicious smell inside the store I would share it with you! It was so heavenly I could have melted into a pool of chocolate sauce right there on the floor. The sample was chocolate with peppermint and Bryce hates choco/mint combo so I got 2, no re-entry necessary! There were so many different types of chocolate it was hard to make a decision. 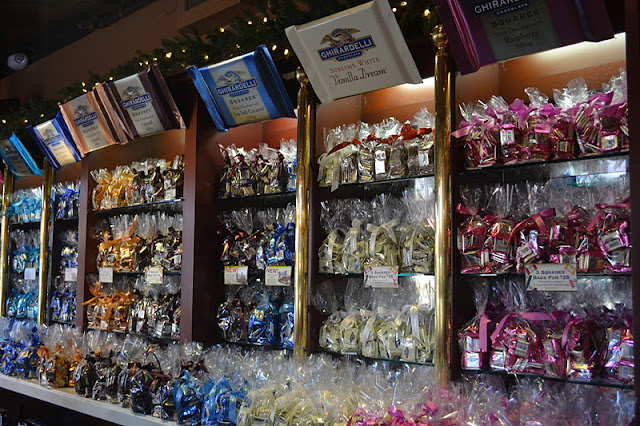 Santa had asked me for some help with stocking stuffers for my parents and this was just the place to get them! The 80-count bag was a bit too much so I found them each a candy bar - dark chocolate with caramel for Mom and milk chocolate with sea salt for Dad. 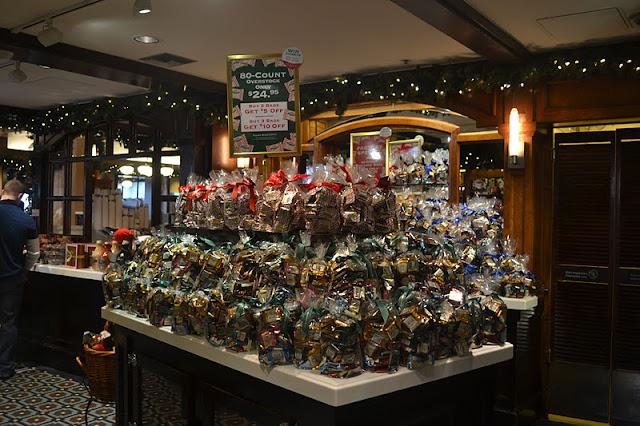 I didn't bother wrapping either gift in anything more than the Ghirardelli bag they came in - everyone was excited to see what they were getting from the famous store! Dad left his half eaten candy bar on his side table in the living room and the dog finished it for him! (The dog was fine and didn't get sick at all - Dad was sad.) Mom hid hers somewhere and just finished it a few days ago, smart lady. I tried a little bit of each so it's safe to say the whole family benefited from my trip to the store!

Until next time, Ghirardelli!
Posted by Angela