Right around Christimas-time my friend Deanna judged me for not being able to properly boil an egg. She likes to run, which I don't understand at all, and I like to cook - ditto for her! So when she discovered that she can boil an egg better than I she got me Eggies! 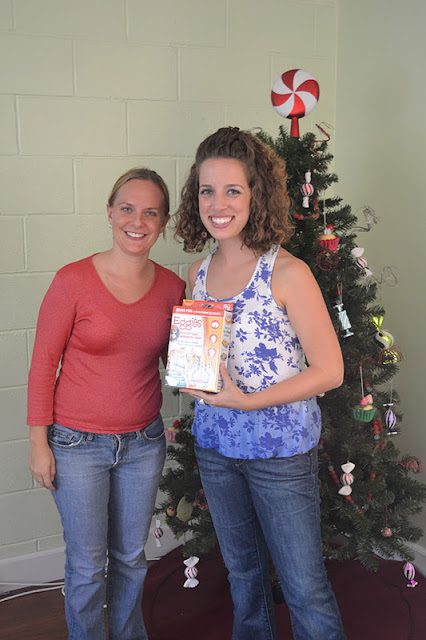 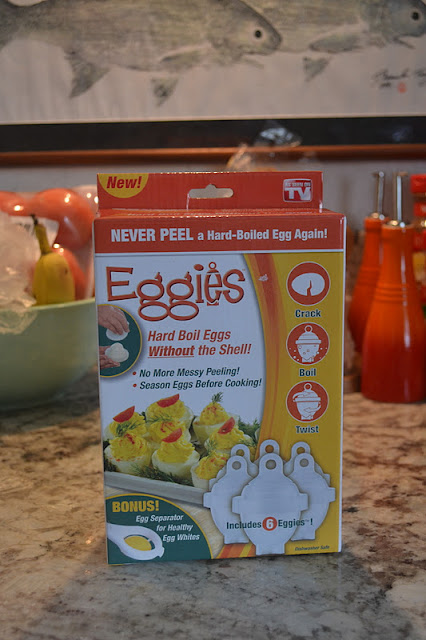 Fine, watch this if you still don't know:


This week I finally got down to business with the Eggies. So many little pieces that needed to be washed first. Tops - lids - bottoms - connectors. Don't judge my Christmas sleigh towel in January! 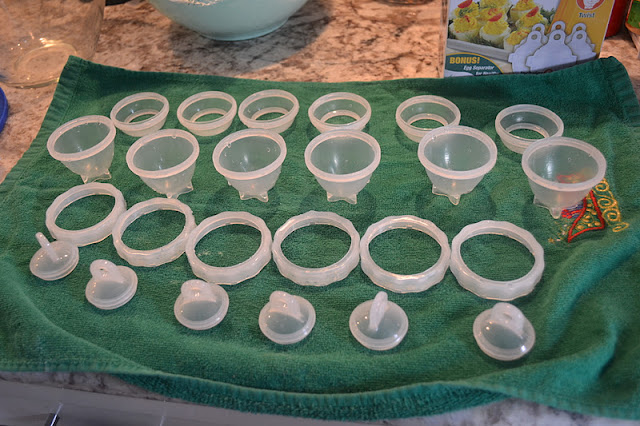 The handy red bendy bowl is one of my birthday gifts that I'll need to tell you all about soon! You assemble the Eggie without the lid and pour the actual egg inside. 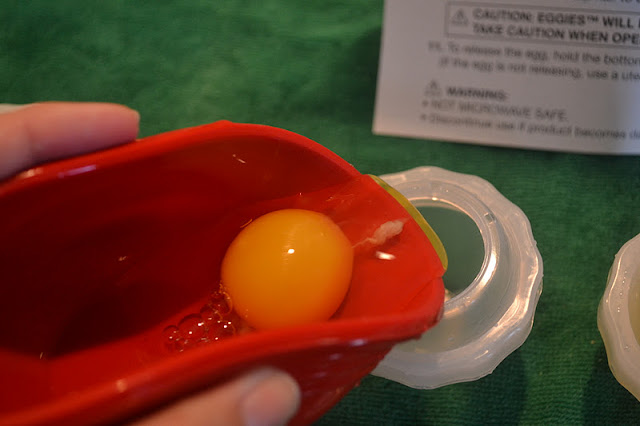 Then you do it five more times, keeping the instructions nearby! 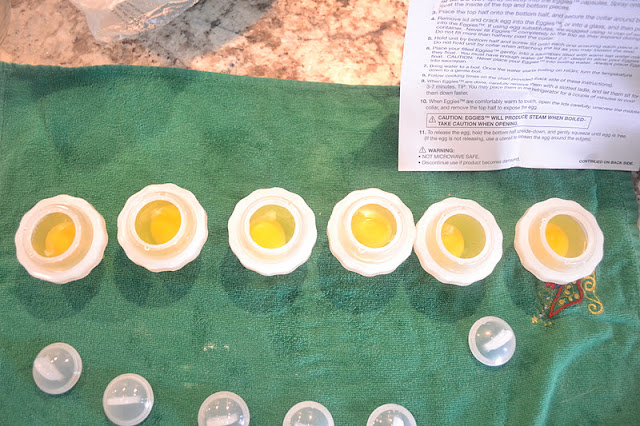 Screw on the tops and get ready for the hot wata! 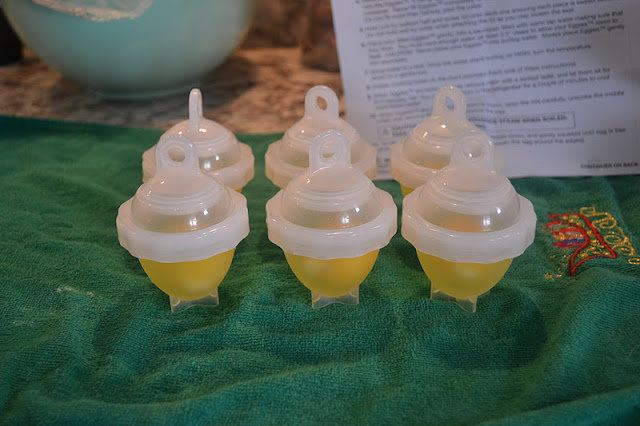 Per the instructions, place the Eggies into at least 2.5" of water and bring to a boil. 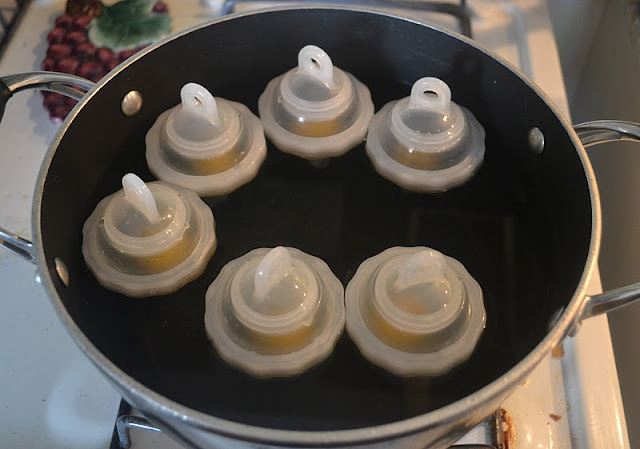 Does all that ca-ca mean I didn't screw them tightly enough? I think it might. 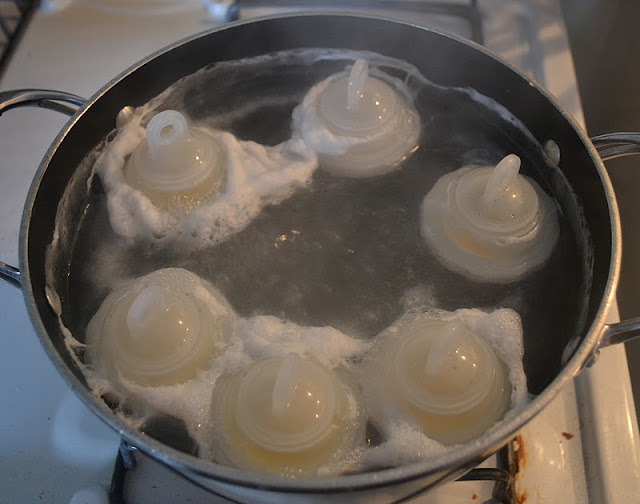 Either way, the Eggies came out perfectly! Don't let the infomercial fool you though, you have to work a bit to get them out of the container even if it's properly greased. 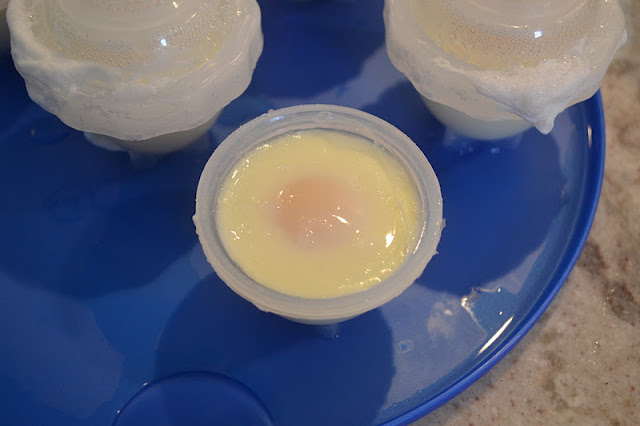 They don't just come out gracefully, like they claimed to on TV! Lesson today kids: don't trust everything you seen on television. 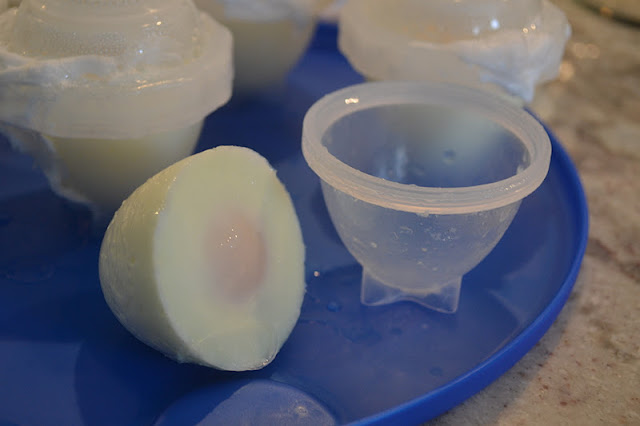 Overall, A+ on the egg quality and seemigly fool-proof method. I tried my hardest to screw them up and didn't actually do it.

And a big F for assembly and clean up! Peeling hard boiled eggs, even 6 or maybe 12, would take as much time as you need to assemble, grease up, and hand wash one Eggie. Booooooo.

I dragged Deanna to a cookie swap (my choice) and in return I went to watch her do HER THING = run. Not just any running escapade - a marathon!

The race went right past my cousin's house so we had a slumber party there to catch Deanna and the other nut jobs runners early in the morning! Darren (said cousin who is also a marathoner and 2x Ironman) let me know that food was indeed involved, much to my delight!

For the runners we halved bananas... 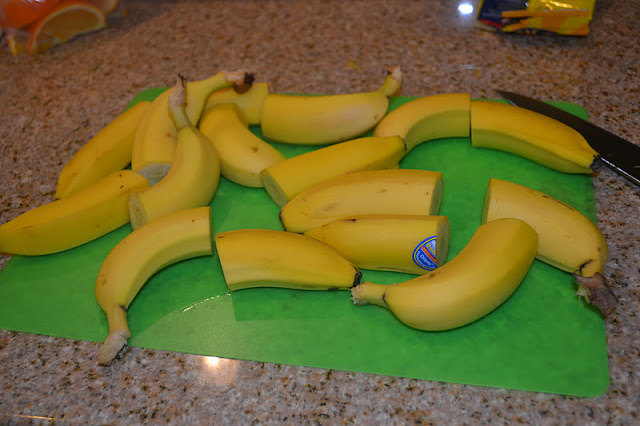 ... and sliced oranges both with and without the peel. I wasn't sure what a runner would like! 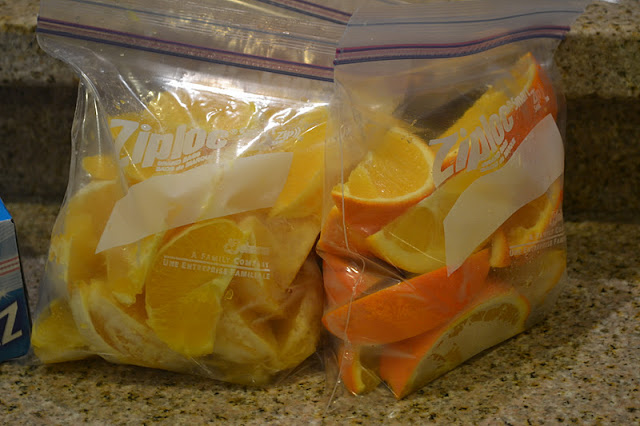 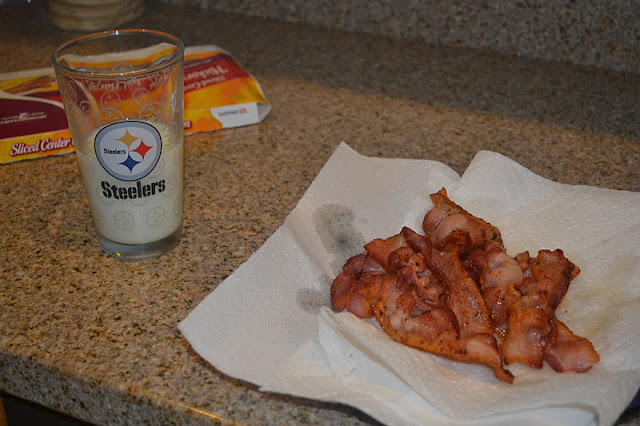 We went down to the street and what do you know... Deanna showed up shortly afterwards! 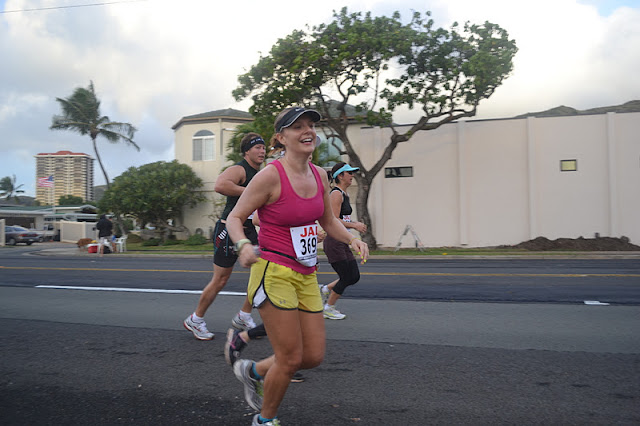 This isn't the most flattering photo but it really gets the gist of it all - I'm slightly hungover and visibly tired and Deanna's full of energy and really happy about an orange (with the peel - noted). 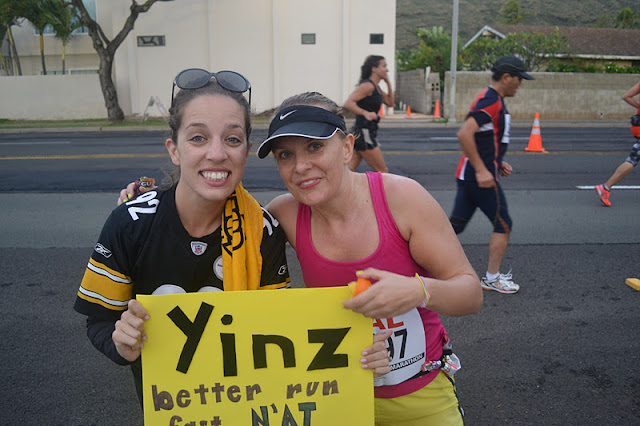 Way to go Deanna! Thanks for being my friend despite our differences and buying me eggies. Your great sense of humor always has me cracking up! BAHAHA egg jokes.
Posted by Angela

Email ThisBlogThis!Share to TwitterShare to FacebookShare to Pinterest
Labels: Eggs