It's officially official - Bryce and I are engaged! We tried to tell as many people in person as we could before letting it become public knowledge via facebook - the jumbotron of gossip.


Bryce and I celebrated our third anniversary (of dating) back in August. In our three + years together we've had many conversations about getting married, during which I'd mentioned several things (huge hints) that I didn't think were noted so well by my tricky fiance:

Bryce totally had me believing that we weren't getting engaged until after he finished school (in May) so when he popped the question on a hike on December 9, I was shocked and excited. Okay... maybe I had a feeling something strange was going on that morning, but no sooner than that! We went on a sunrise hike and he proposed at the top, it was incredible, romantic, and perfect - dirty sneakers and all. 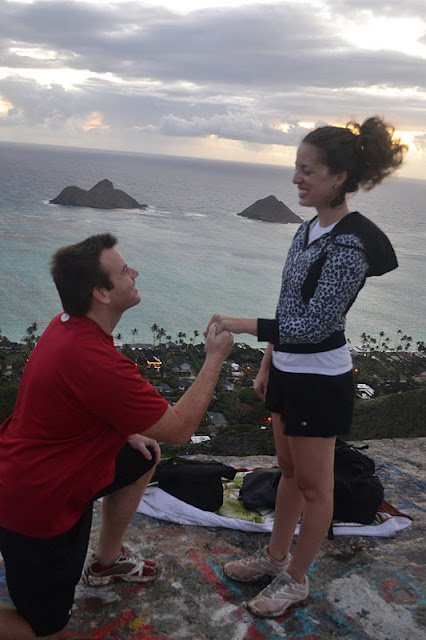 There was only one other hiker around and he stopped to take some pictures for us. We had to catch him quickly before he left and I'm clearly still crying in these photos! 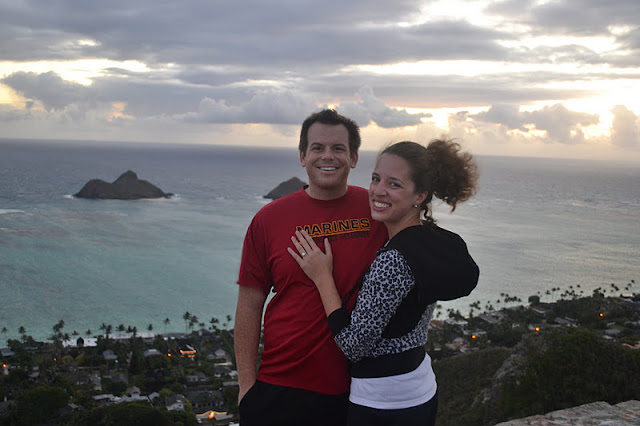 Bryce did such a great job planning the whole ordeal and gets an A+++ in ring selection! 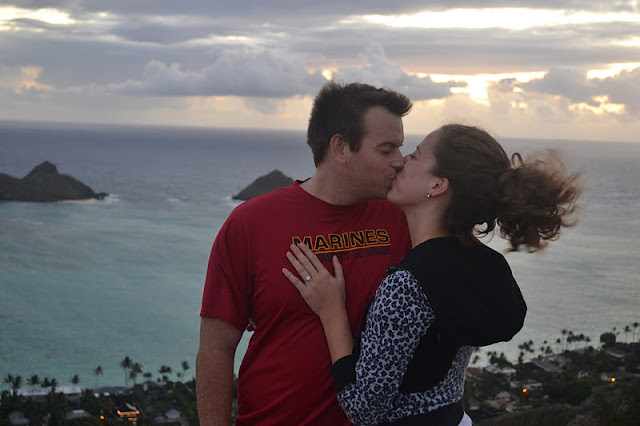 Just when I thought it couldn't get any better, he busted out a bottle of champagne and pineapple juice to make our favorite pineapple mimosas! He's so thoughtful :) 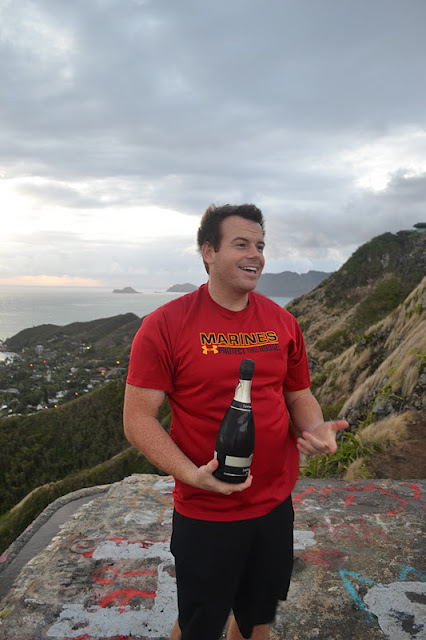 It was better than I could have imagined. We were able to tell the majority of my family and most of my friends when we were home in Pittsburgh. During our stops in San Fran and Boston we told a few more! Bryce's family was all in the know because he bought the ring when we were in California at Thanksgiving, sneaky guy! 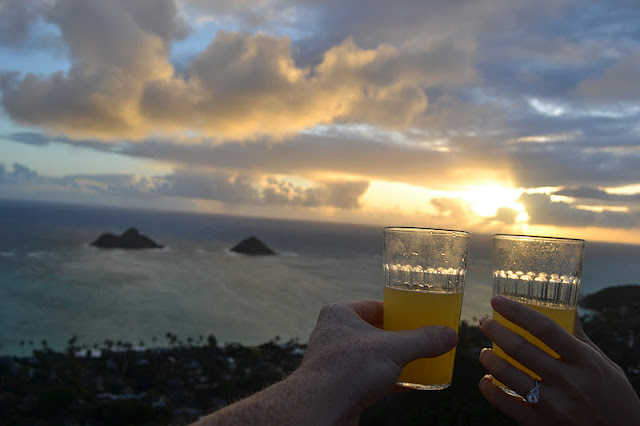 Of course, Bryce called my Dad to ask for his blessing (and even sent him a box of Omaha Steaks), and my Mom knew too! Once we got to Pittsburgh the celebration began. The icing on the celebratory cake was our trip to Monterey Bay - one of the best restaurants in town with an incredible view. Before we stuffed our faces with seafood and drinks, we got a photo at home in front of the tree. 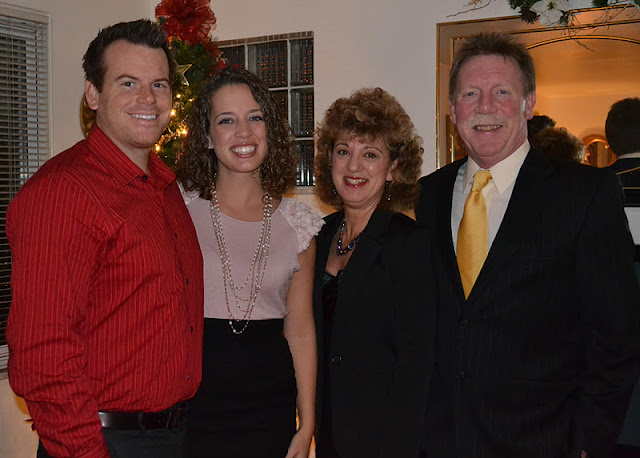 You know the place is fancy when there's a new menu each night! 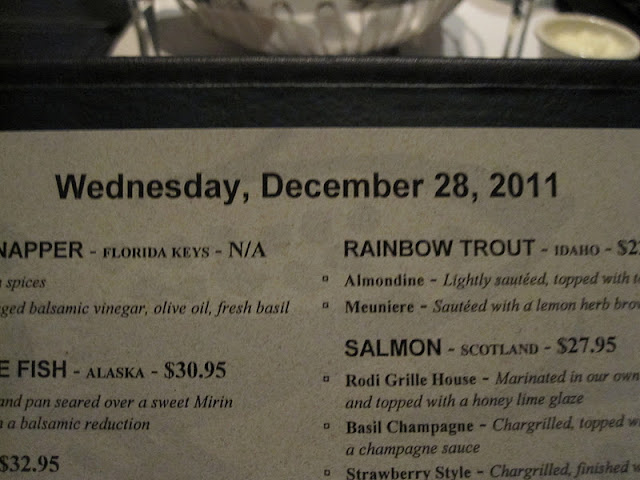 The view of dahntahn from our table was great, although not as good as the view from our hike! 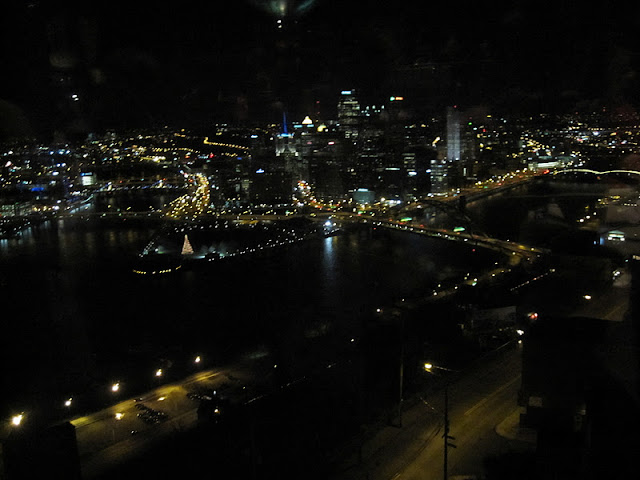 We enjoyed a relaxing night of many drinks and great food. I had some of the best dirty martinis of my life - the olives were stuffed with really powerful and delicious blue cheese like I've never tasted before. 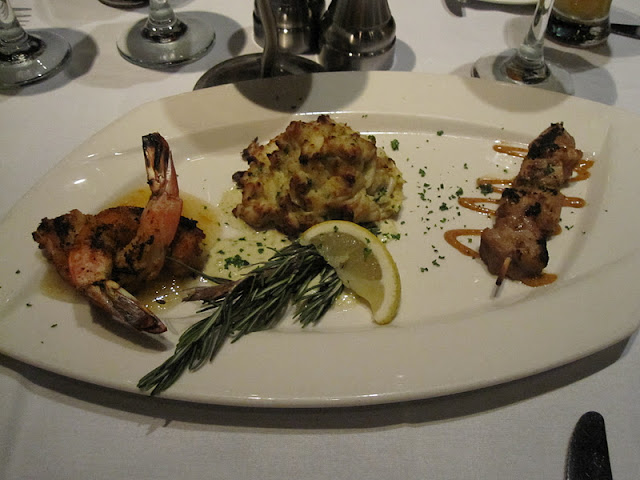 Calamari - a favorite food in our family! It was super crispy. 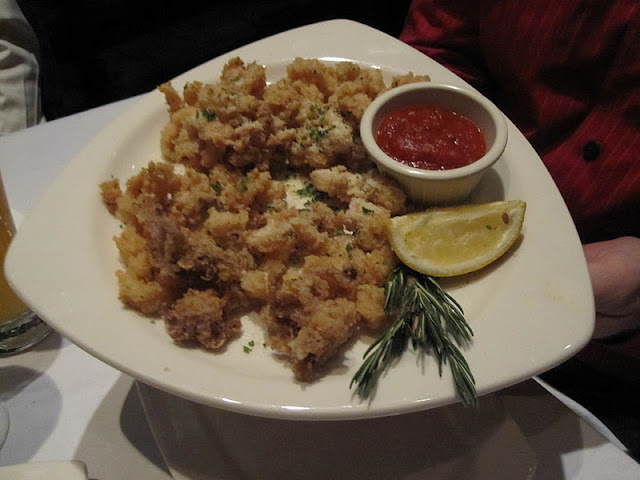 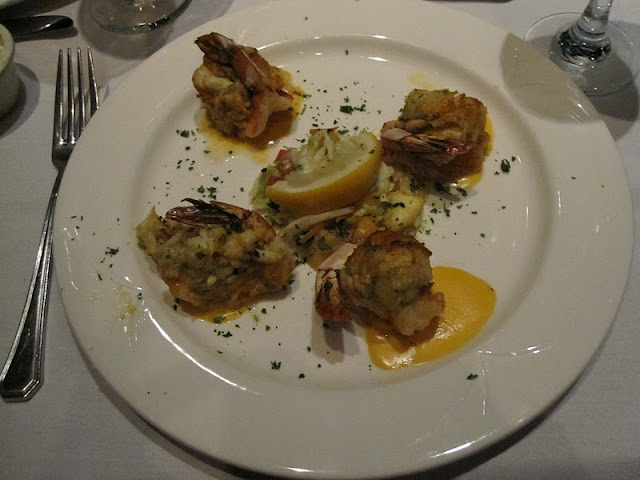 Dad's ahi tuna. Notice the beautiful wasabi around the plate and the whole slices of ginger, which he almost accidentally ate! 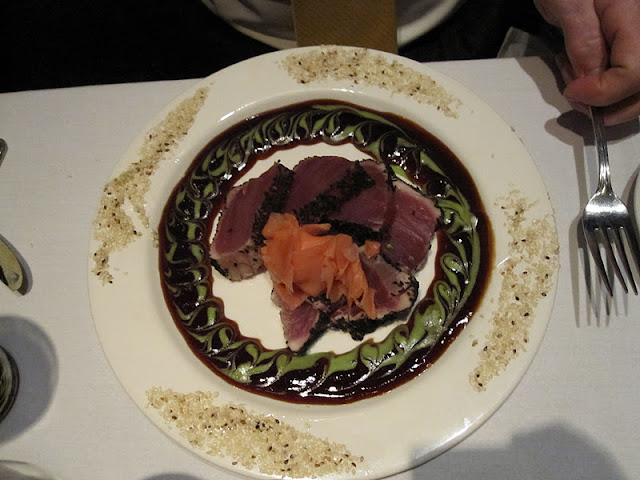 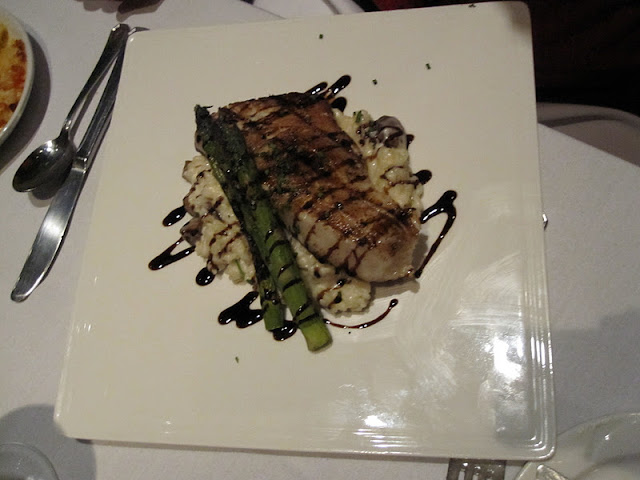 My stuffed scallops, yum! Please forgive the poor and shadowy photography. I didn't want to use the flash a billion times in such a nice restaurant. 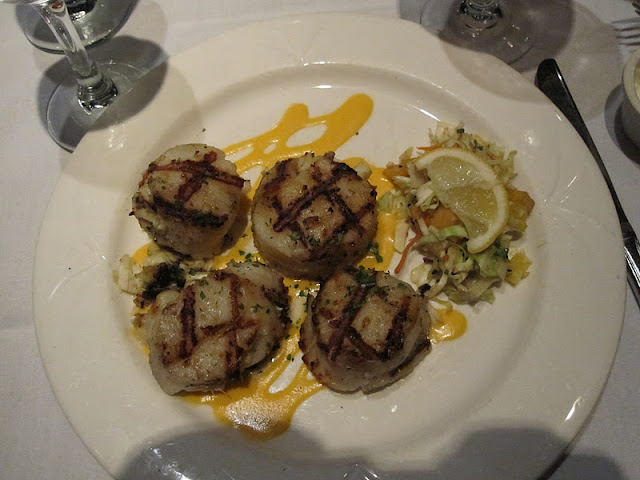 And the side dish that never got eaten - lobster macaroni & cheese! 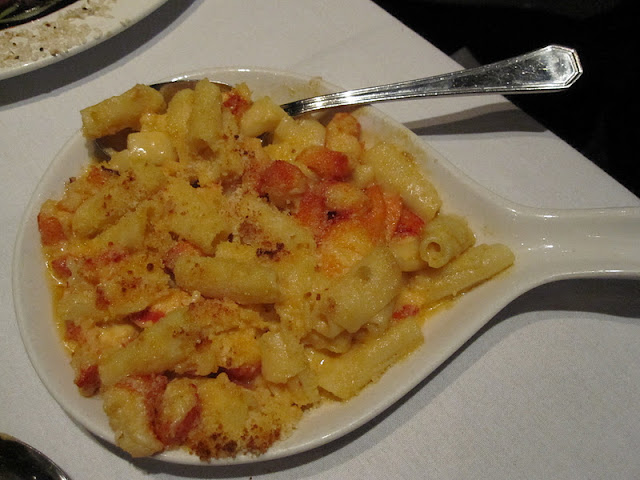 It was the best meal I've had in Pittsburgh, hands down. We were so full we couldn't even think about dessert and took many to-go boxes home.

We had so much fun celebrating our great news and enjoying each others' company especially since it was our last night together in Pittsburgh. I feel so blessed to have such great people in my life - both parents and fiance - to share special occasions and delicious food with! Thanks so much for the great dinner and evening, Mom and Dad! Can we serve this same menu for the wedding?! BAHAHA
Posted by Angela