[Get ready for another post beginning with my singing!]

In Napoli, where love is King, where boy meets girl, here's what they sayyyyy...
...When the moon hits your eye like a big pizza pie - that's amore!

That's Amore is one of my favorite songs. In college I worked at a bar that was owned by an Italian guy named Tony. We'd play that song during last call while turning the lights on, letting the drunkards know it was time to go. The next year I was a patron of that same bar and the sound of That's Amore somehow became an unnwelcomed burden rather than a call to rejoyce in tip money and freedom!

Last year at our wedding we played That's Amore as one of the very last songs at our reception and we all sang along. Now I'm sure not everyone knows or loves the song and that's OK. I know there's something we can all agree upon and that's pizza. Do you know where the college kids and all of the bartenders all went after That's Amore played and the bar closed? That's right, they all went to get pizza.

Guess who's back? Back again. Ang's back, tell a friend! [Sung to the tune of Slim Shady.]

Bryce and I have recently returned from our magnificent 17-day honeymoon to Italy and Ireland. Unsure of where to begin with regard to all of the delicious food we ate in Italy, I suppose our ritualistic gelato tasting habit is a fitting starting point. Our first day is a great example of any typical day in Italy.

First - visit a historic site. In the case of day 1, it's the Spanish Steps.

Saying things like 'this place wasn't built in a day' and 'when in Rome' are encouraged, although not necessary! 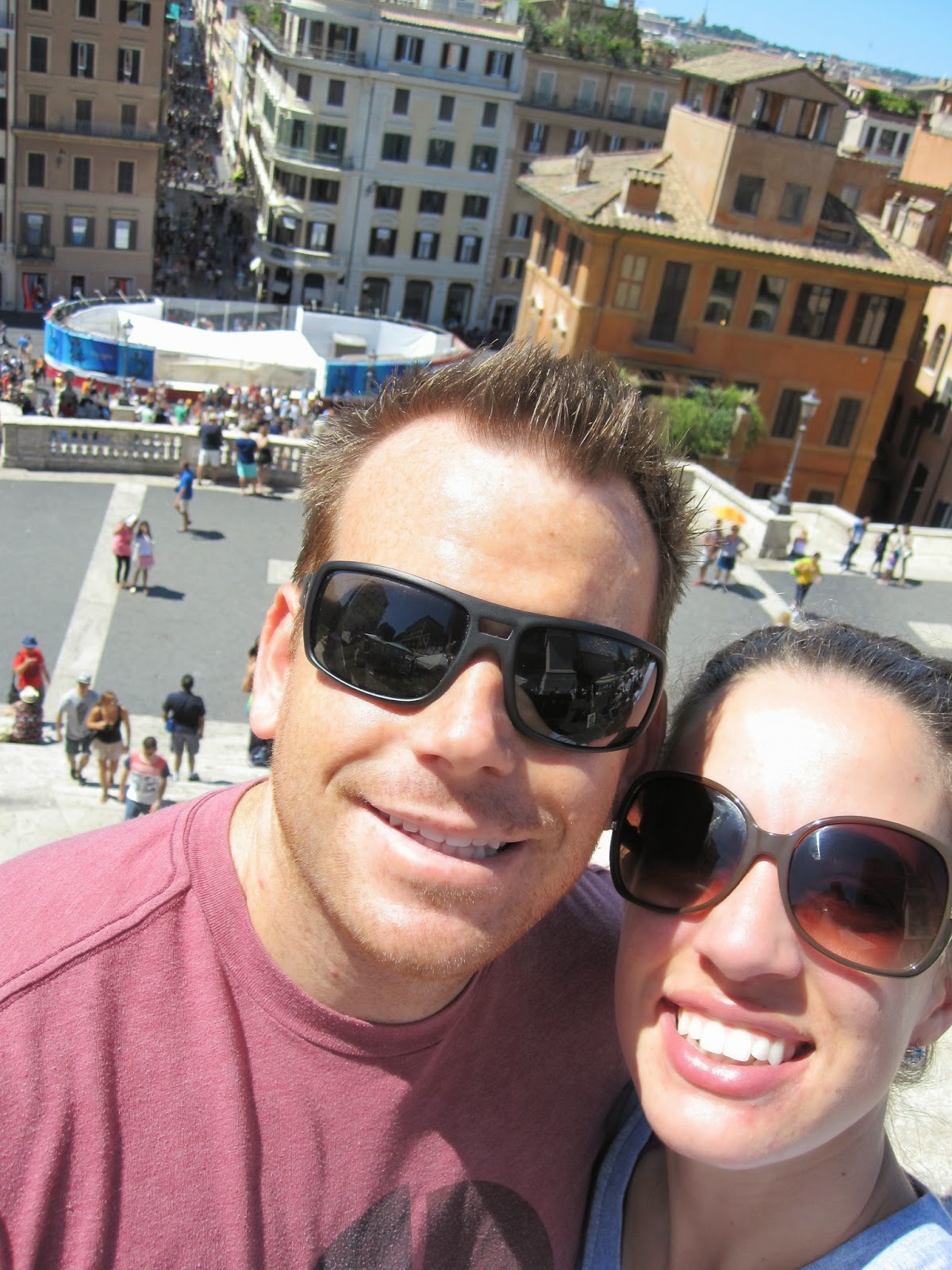