Halloween has come and gone again. This year I went to 2 Halloween parties dressed as Lil Wayne (a homemade costume, might I add), visited a Haunted House, and ate both pumpkin ice cream and pumpkin mochi ice cream = success!

I also managed to go fall-food insane in the kitchen! There were cupcakes made with candy corn and a BIG can of pumpkin that became soup, then cheesecake bars (which I've yet to blog about), and finally pumpkin snickerdoodles. Snickerdoodles have always been one of my favorites and, since they were the first cookie I ever made from scratch, have become my go-to cookie. Adding pumpkin is a smashing idea! 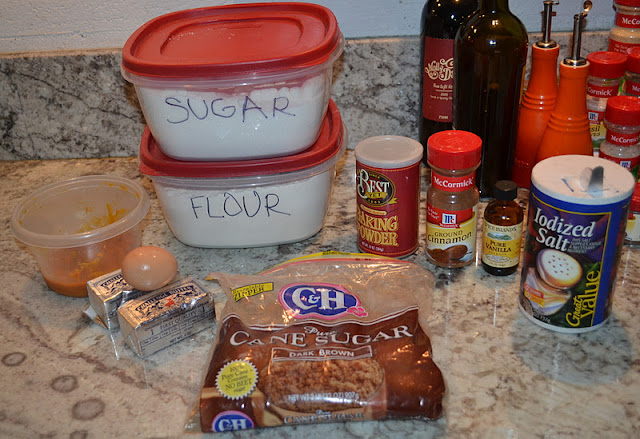 In a big bowl, beat the butter with an electric mixer until fluffy. 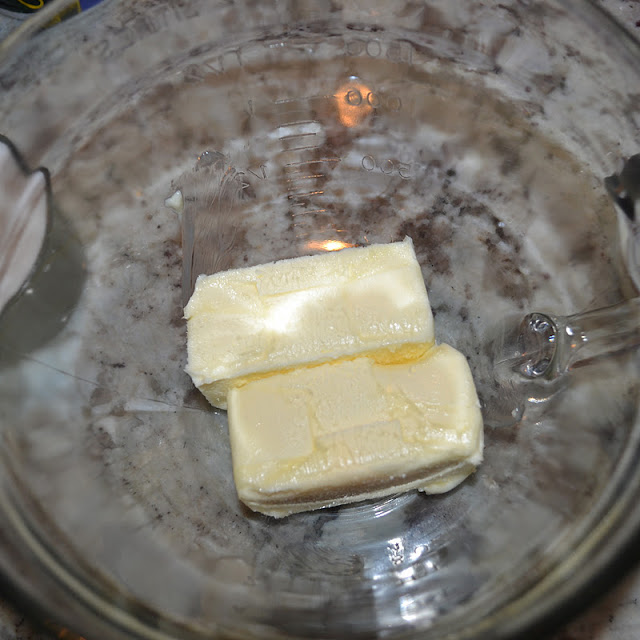 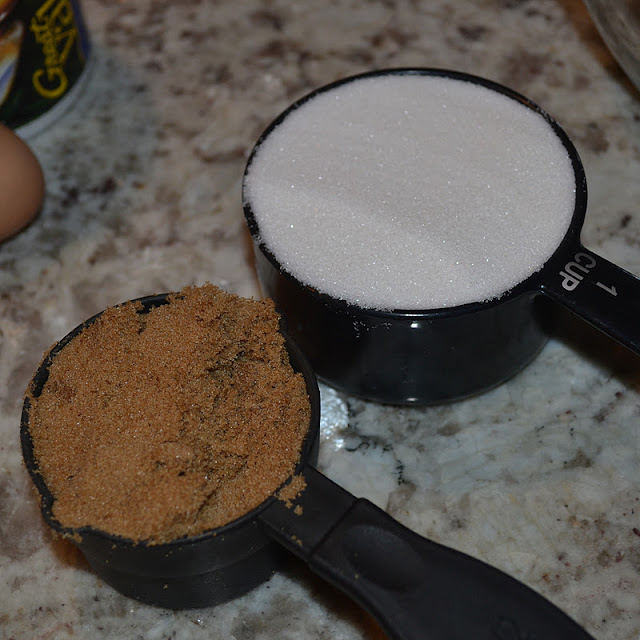 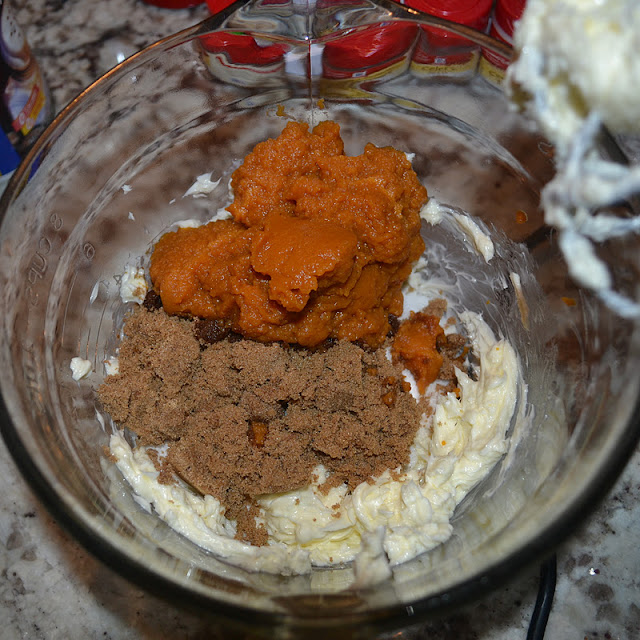 Add the vanilla and egg and mix some more. 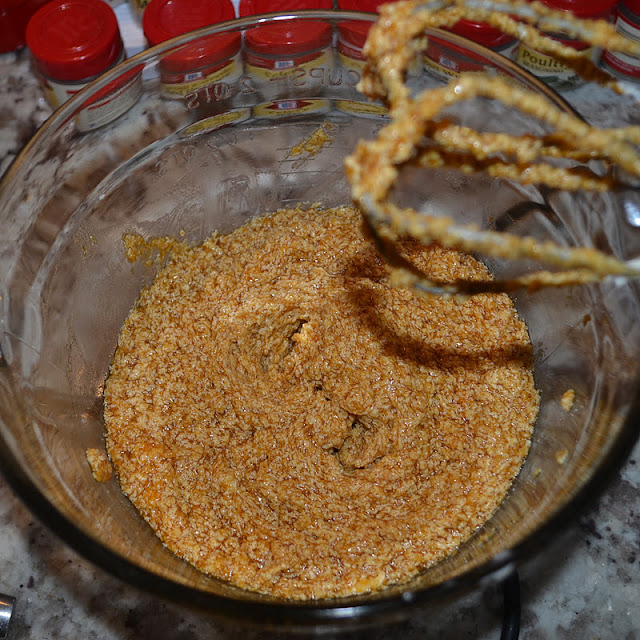 In a separate large bowl, wisk together the flour, baking powder, salt, and cinnamon. I've recently begun using the wisk attachment on my mixer and it's so easy. Don't wait to try out all the gadgets on your appliances, they're there for a very good reason! 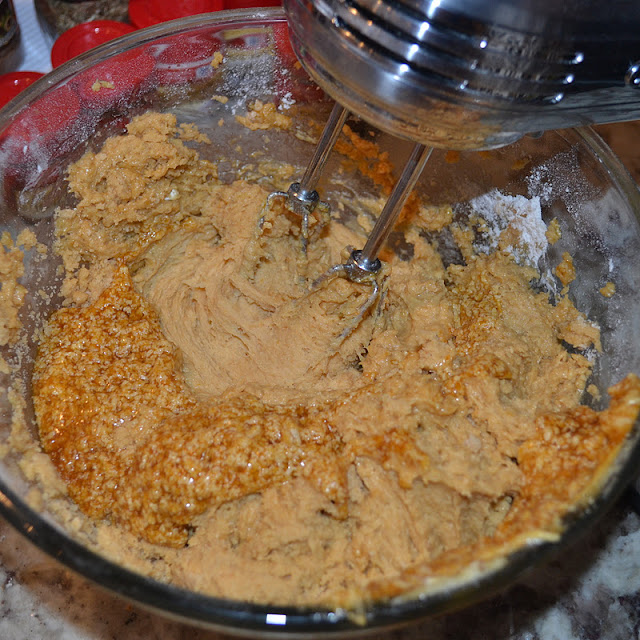 Cover the dough and chill for about an hour, or until it becomes firm and is no longer sticky.

While the dough's chillin' in the fridge, mix the sugar, cinnamon, allspice, pumpkin pie spice, and nutmeg for rolling the cookies in. Then, do all those dirty dishes - the worst part. 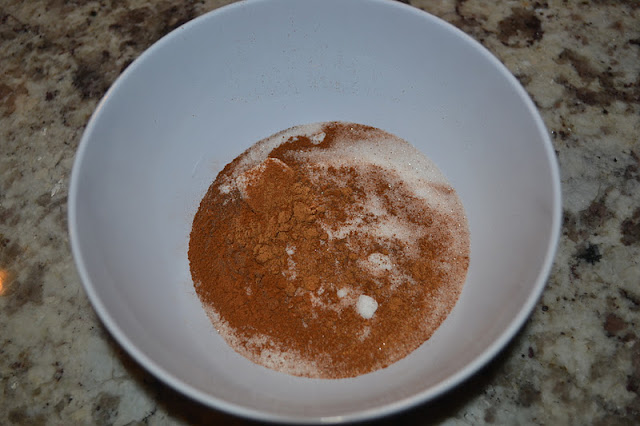 Once the dough is chilled, it will look something like this and it won't stick to your fingers. I try to wait until now to preheat the oven to 350 degrees F. 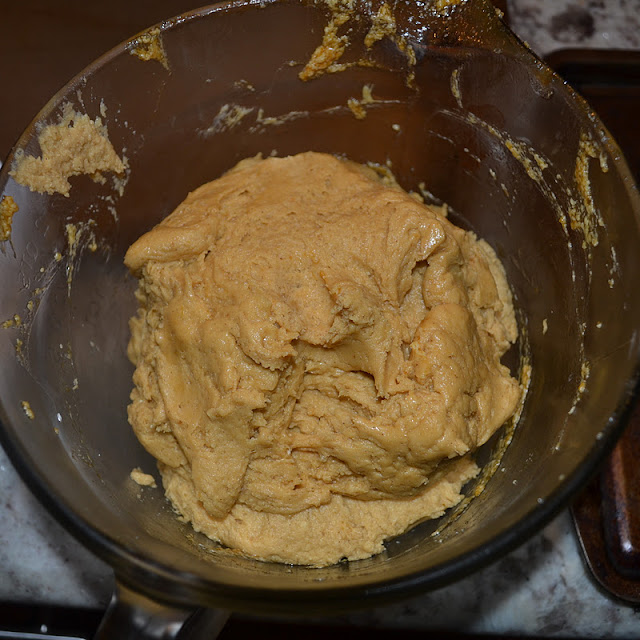 Snickerdoodle assembly line is ready! Don't forget to use either some non-stick spray or a silpat on your cookie sheets.

I use a Pampered Chef scooper to make uniform cookies, but you could use a melon baller or a spoon. Three fit just perfectly in the bowl to be rolled. 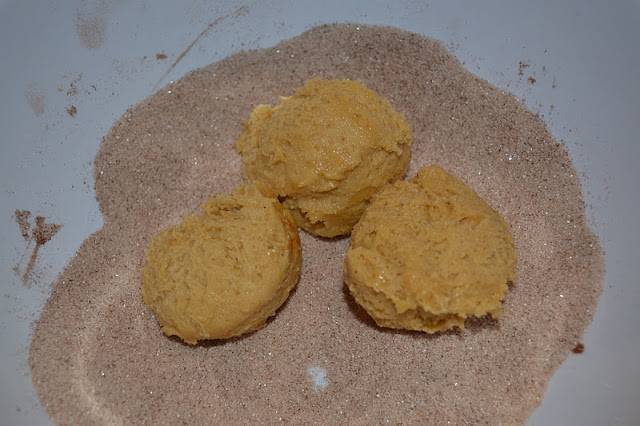 In all the different recipes for these cookies it warns that the cookies don't flatten well. Have you ever tried that sugar-the-bottom-of-a-glass method? I have, but only once. I used a silicone spatula to flatten these bad boys. 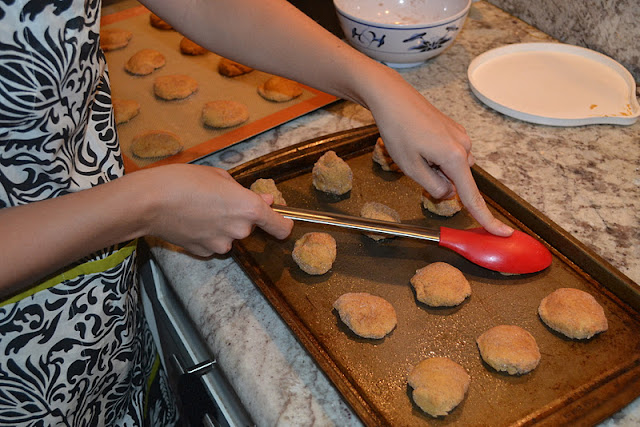 They're not perfectly round but who cares? Not I! Bake them for 10 - 14 minutes. 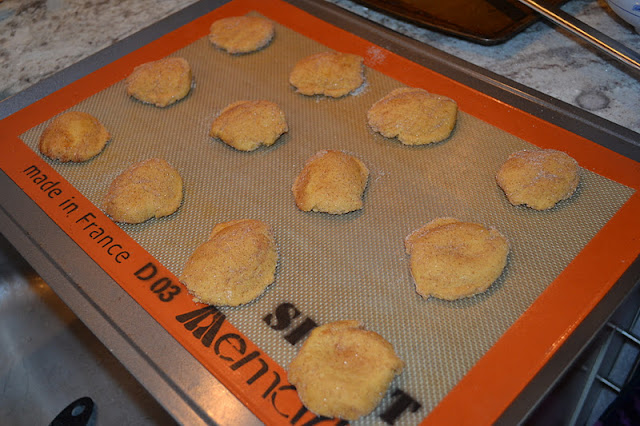 From the outside they don't look very pumpkin-ey... 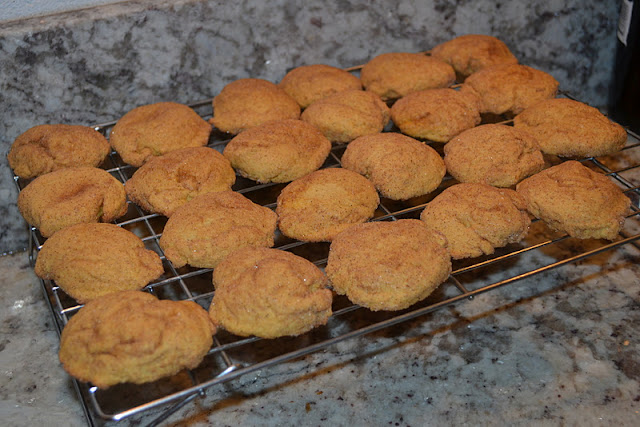 ...but the inside gives away the snickerdoodle secret! 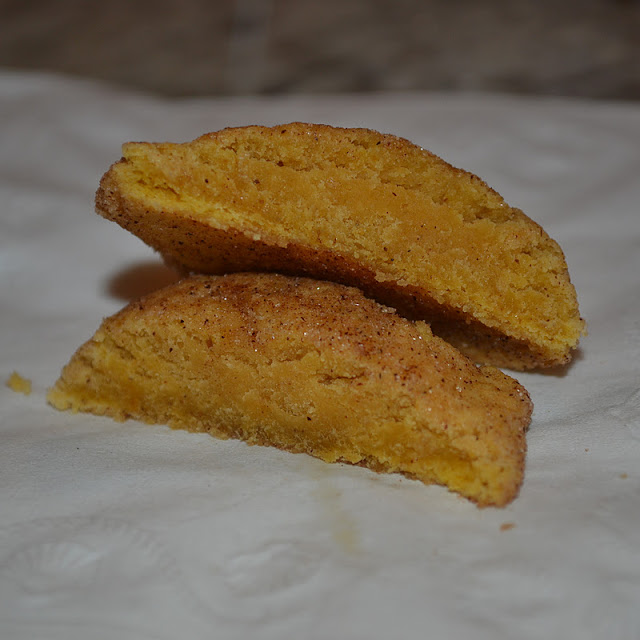 These cookies are so warm and delicious it's dangerous! Mixing pumpkin and snickerdoodles is a magical thing and makes you want to watch your favorite movie with a soft blankey on the couch on a rainy day. Better yet, add a scoop of vanilla ice cream and enjoy!

Perhaps a cookie-cake of pumpkin snickerdoodle in a cast iron skillet with ice cream on top - WOW. Maybe next year orrrrr for Thanksgiving!
Posted by Angela