Sunday Funday takes on a whole new meaning in Hawaii, especially for NFL fans.
1 pm kickoffs on the East Cost take place at 7 or 8 am here, depending on Daylight Savings Time. Up until last weekend most of the Steelers games started at 7 am, which means getting up around 6 am (in the dark!), donning your Steelers shirt/jersey and terrible towel, and driving to the bar to watch the game with other black & gold fans! It's not much better at 8 am, although the sun is up on the drive!
Needless to say, the Sunday Fun can get started far too early in the day and gets out of control from time to time. Watching an entire football game, spending $40+ on breakfast and drinks, getting tipsy, taking a nap, and waking up all before noon is an odd feeling!
This Sunday I watched the Steelers game with my cousin Darren and our good friend and fellow Steelers fan Ben at Ben's apartment. Ben and Darren have been friends for years and Ben actually accompanied Darren on a visit to Pittsburgh where he met my whole family including my parents! I was still in college at the time and didn't come home for Darren's visit so I didn't meet Ben. Years later, when I moved to Hawaii, Ben was the bartender at my favorite after work happy hour bar. He saw on my PA license that I was from Pittsburgh, we discovered our mutual love for the Steelers, and he began giving me free drinks often! It took us quite a bit of time to realize that his friend Darren was also my cousin, and that Darren's "Aunt Carol and Uncle Andy" are my parents! What a small world island, right?!
Ben posted a few weeks ago that he'd added bacon to a bloody Mary - BRILLIANT! As soon as he extended the invite to his house for the game, I kindly requested bacon bloody Marys. Life will never be the same!
I also highly recommend the Belvedere Bloody Mary Vodka! 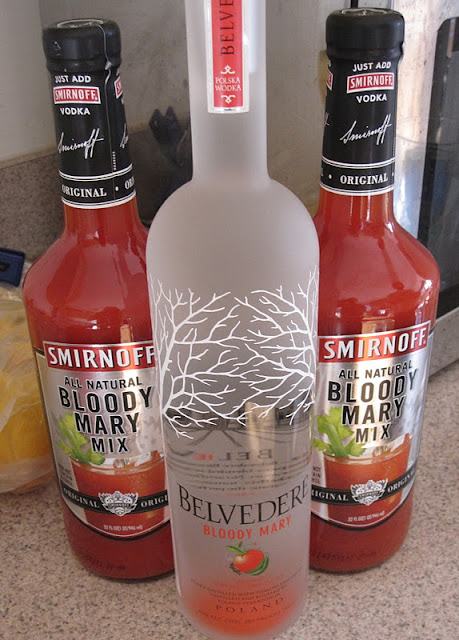 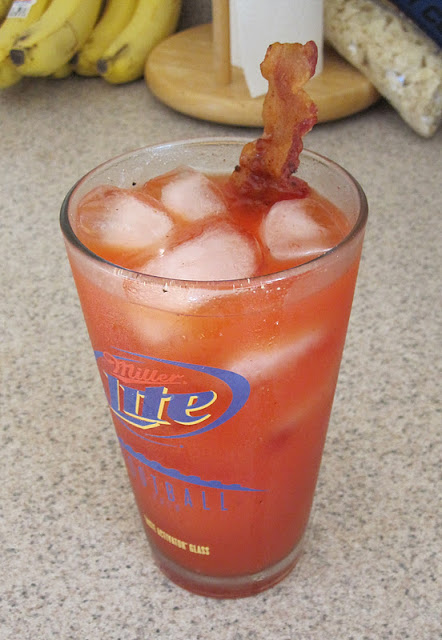 This lovely combo will most certainly be happening again in my near future. Next time I'll make the BM mix myself and add pickle, celery, olives, and a cheese stick! 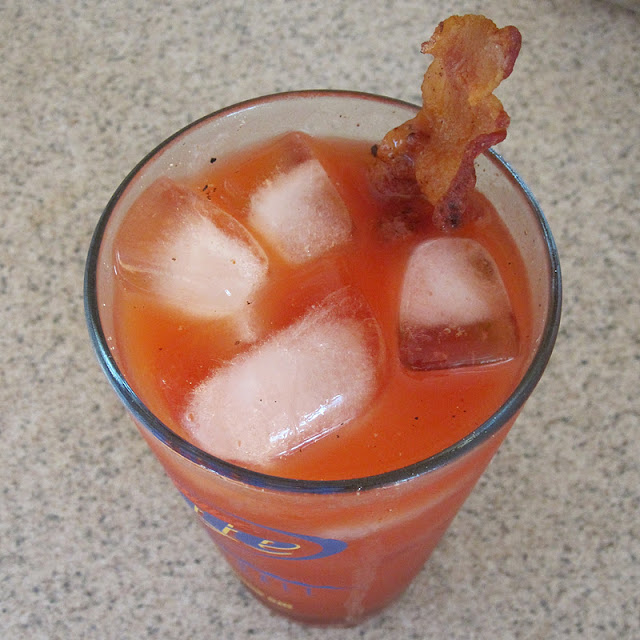 Much, much later in the day I took a visit to Whole Foods. I discovered 3 particularly interesting things:

Brussels sprouts still connected to the branch. I had no idea they grew like that, nor did I ever think about it! 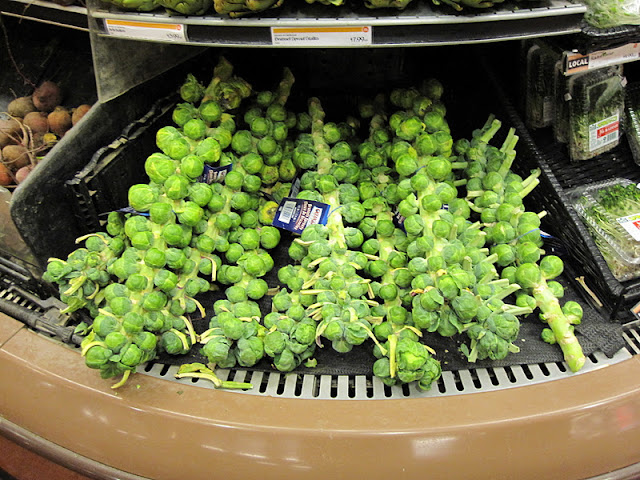 They remind me of a caveman's club! 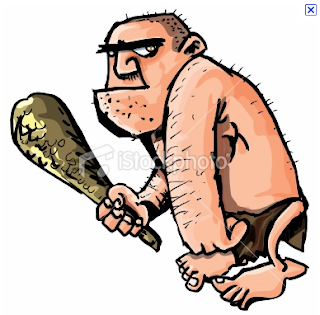 Chicken feet. Gross! Dare I ask if anyone has ever cooked or eaten them and how they were prepared? 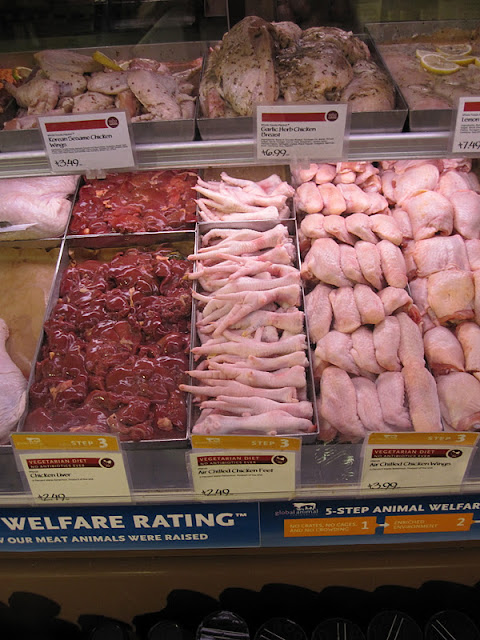 Buffalo hot dogs. My Dad would love these! He's a big fan of hot dogs and especially loves the ones that come in the Omaha Steaks variety pack. Yes... his favorite part are the hot dogs! I'll have to remember to get these for his next visit to Hawaii, or pick some up at the Whole Foods in Pittsburgh for him. Wouldn't that be funny if I put them in his Christmas stocking?! 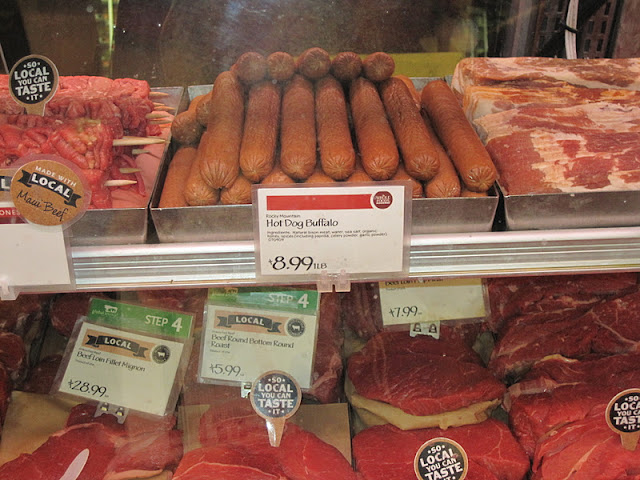 Yesterday was a Sunday Funday filled with new discoveries! Some of which I'll be trying again and others I'll leave up to the imagination (coughcoughchickenfeet).
Posted by Angela