Let me have some wine... Paulie, more wine!

Me: Hi. My name is Angela, and I'm addicted to the Godfather movies and all things Italian.

There's plenty of Italian (Italian-American, really) culture in Pittsburgh, where I grew up. Moving to Hawaii was a big change for me in many ways. It's the only U.S. state with minority majority and haoles (white people) are the minority! The mainstream culture and foods here are strongly influenced by the Hawaiian and various Asian cultures. You can find spam, bok choy, Japanese cucumbers, fishcake, and so on at most grocery stores here, but cannoli shells are only sold at one!

I was shocked and excited to discover and join the Friends of Italy Society of Hawaii a few years ago. I've since become board member/the group's treasurer. Finding this group was a jackpot, it's so much fun!

This weekend we enjoyed a night of wine bottling.


Here's a clip from the Godfather that shares my feeling about wine: bring. me. more. In a plastic pitcher on the dance floor, if at all possible.

I have no rights to this clip or anything at all, just sharing!

If you've watched the movie (Part 1) or even just the video in my Leave the Gun, Take the Cannoli post, you know how it ends with Paulie and Clemenza!

Wine bottling was so much fun! It sounded intimidating but was actually quite easy.

First, you fill the bottle with wine. There's a little button on the spout to start and stop the flow of the wine. Could I be a little more excited? 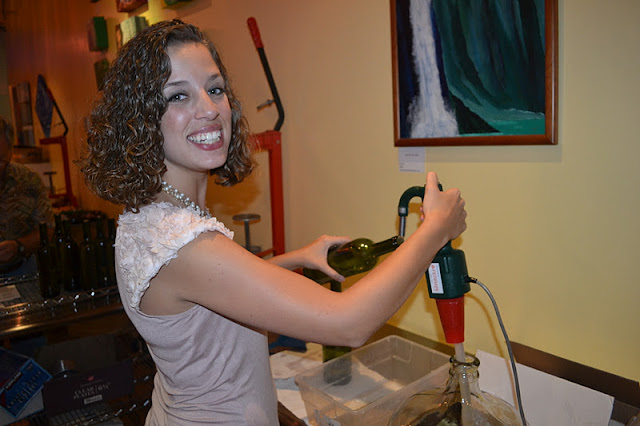 Once the bottle is filled with wine, you put it into this torture-chamber-like contraption and put the cork into the top. Pull that lever down and you're done - the wine is corked! Notice we have a glass of wine next to us at all times :) 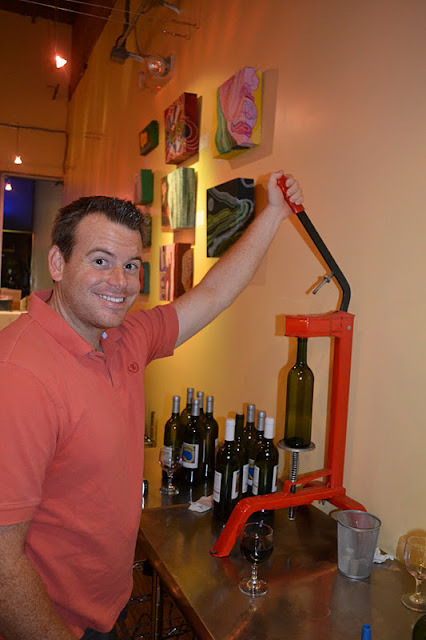 Now, carefully add the stickers to the front and back of the bottle. 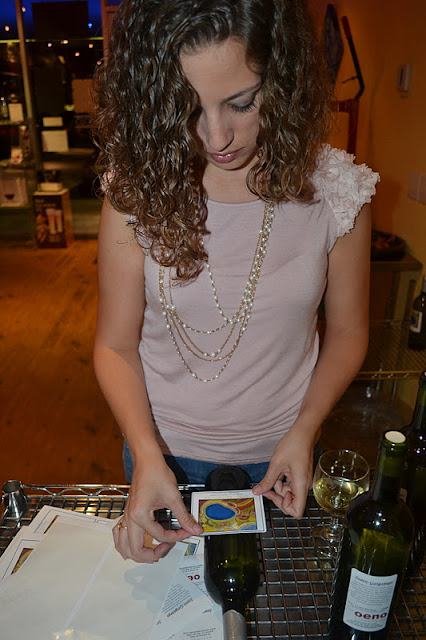 Bryce demonstrates how to meticulously shrink wrap the bottle's top with the hair dryer... errrrr - I mean - heat gun! 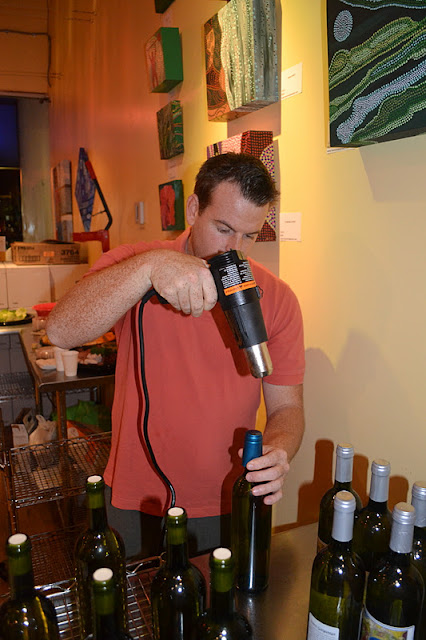 That's it! All that's left to do is enjoy a little bit of wine. Aaaaaaaaand more wine! 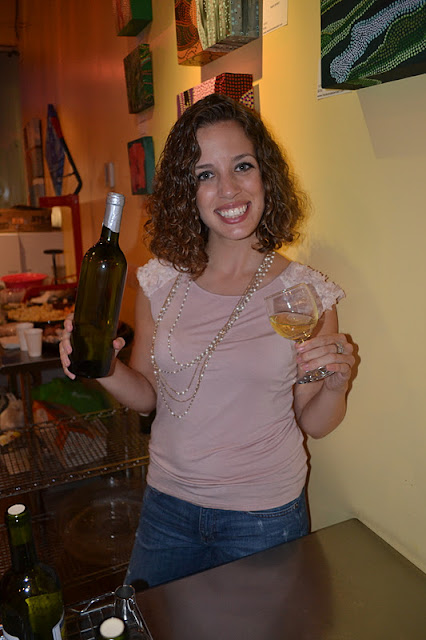 Bryce and I are both blessed (read: cursed) with what I like to call the "Gift of Gab", which is just a nice way to say that we both talk an extreme amount. At events like this it's not uncommon for Bryce to go missing for extended periods of time. When this happens I know he's made a new friend and is probably talking their ear off somewhere! When I didn't see him for quite some time I searched and quickly found him in the back room talking to the owner. (Told you!) I also found ALL THE WINE! How much fun is that?! 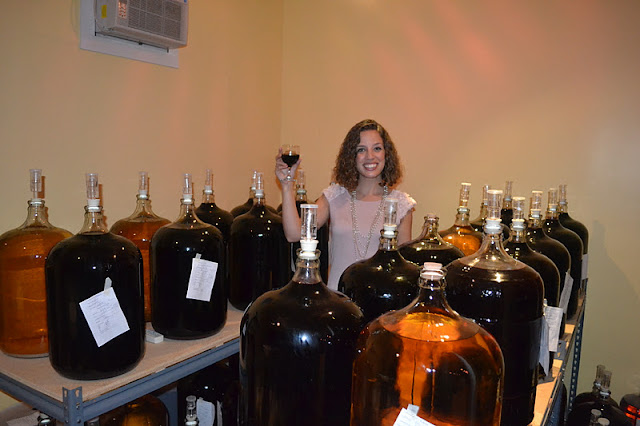 The night was all about wine, but try to find a group of Italians gathered in one place without food. We had 3 incredible antipasti trays. Unfortunately, those marinated mozzarella balls were gone by the time I got to that tray. 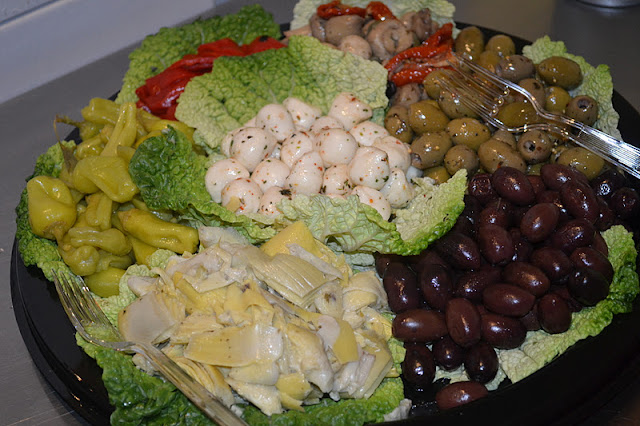 Look at all that CHEESE! 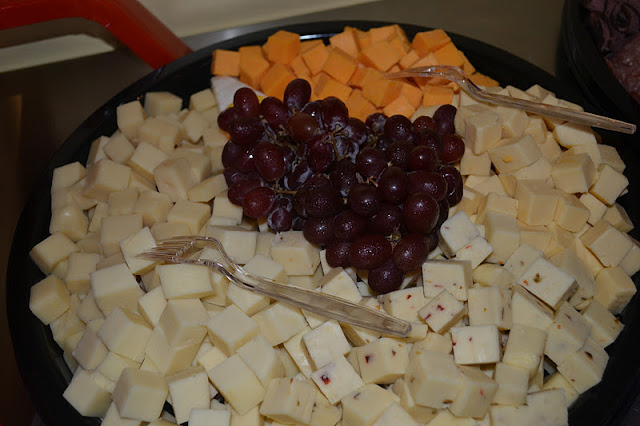 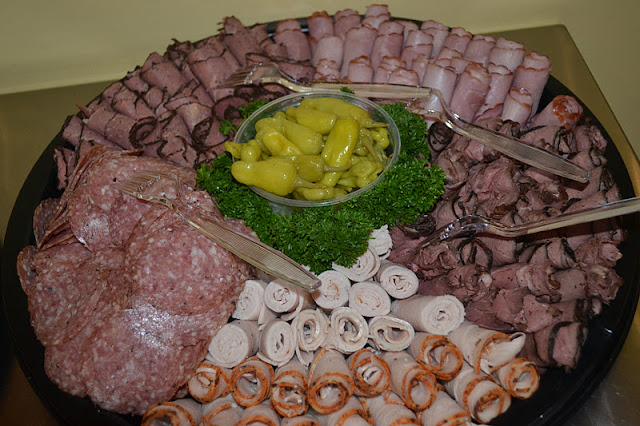 What a great evening. Now, I just need to find a good excuse to go back there! Oh yeah - I should probably drink the 2 bottles we brought home first!
Posted by Angela

Email ThisBlogThis!Share to TwitterShare to FacebookShare to Pinterest
Labels: Italian