We've been living in Seattle for 4 months now. Just hours after touching down for our first visit we embarked on a food tour of the infamous Pike Place Market, with no less than 9 stops.

Naturally the speed at which we're checking must-eat-foods off of the list has slowed down a bit as we're getting settled in. In the past couple of weeks I've been lucky to try two of Seattle's sweetest and most well known bakeries! 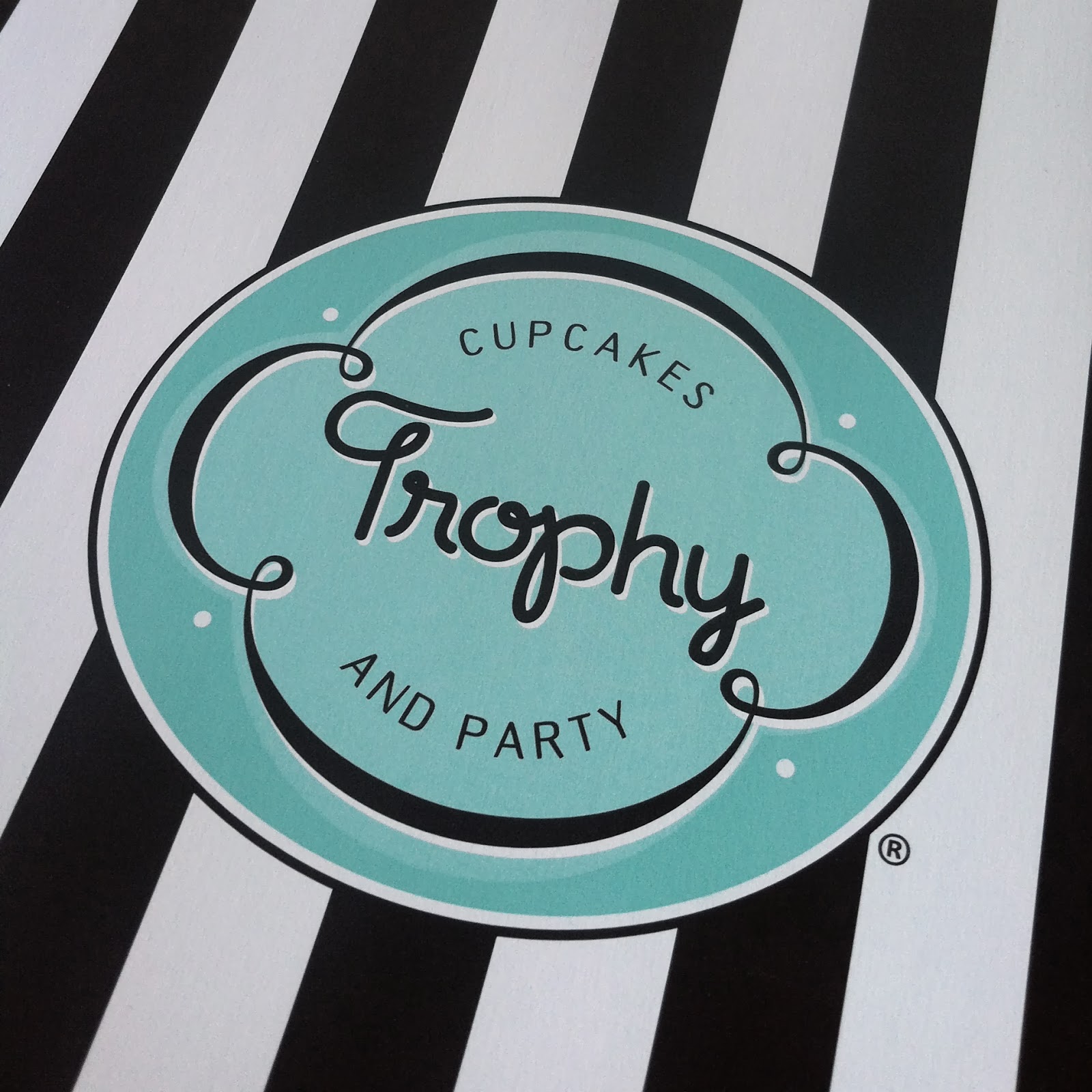 The mini-cakes of happiness were brought into work in anticipation of the Seahawks participation in the Super Bowl, although I couldn't care less about that! 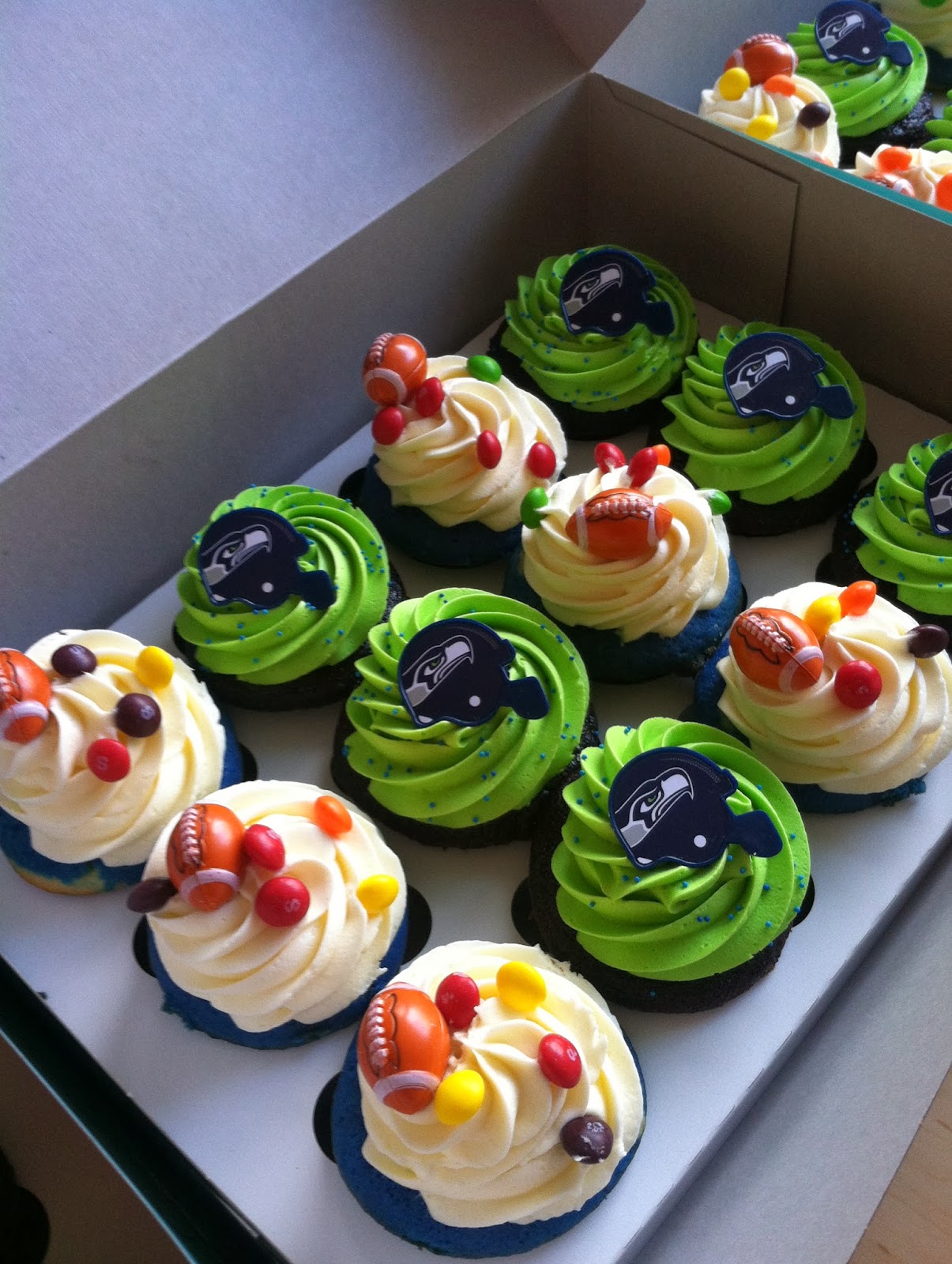 The options were vanilla cupcakes, colored blue and green, with vanilla frosting and Skittles or chocolate with bright green frosting. I threw that Seahawks ring off of my cake faster than you can say here-we-go-Steelers and made myself a sandwich! 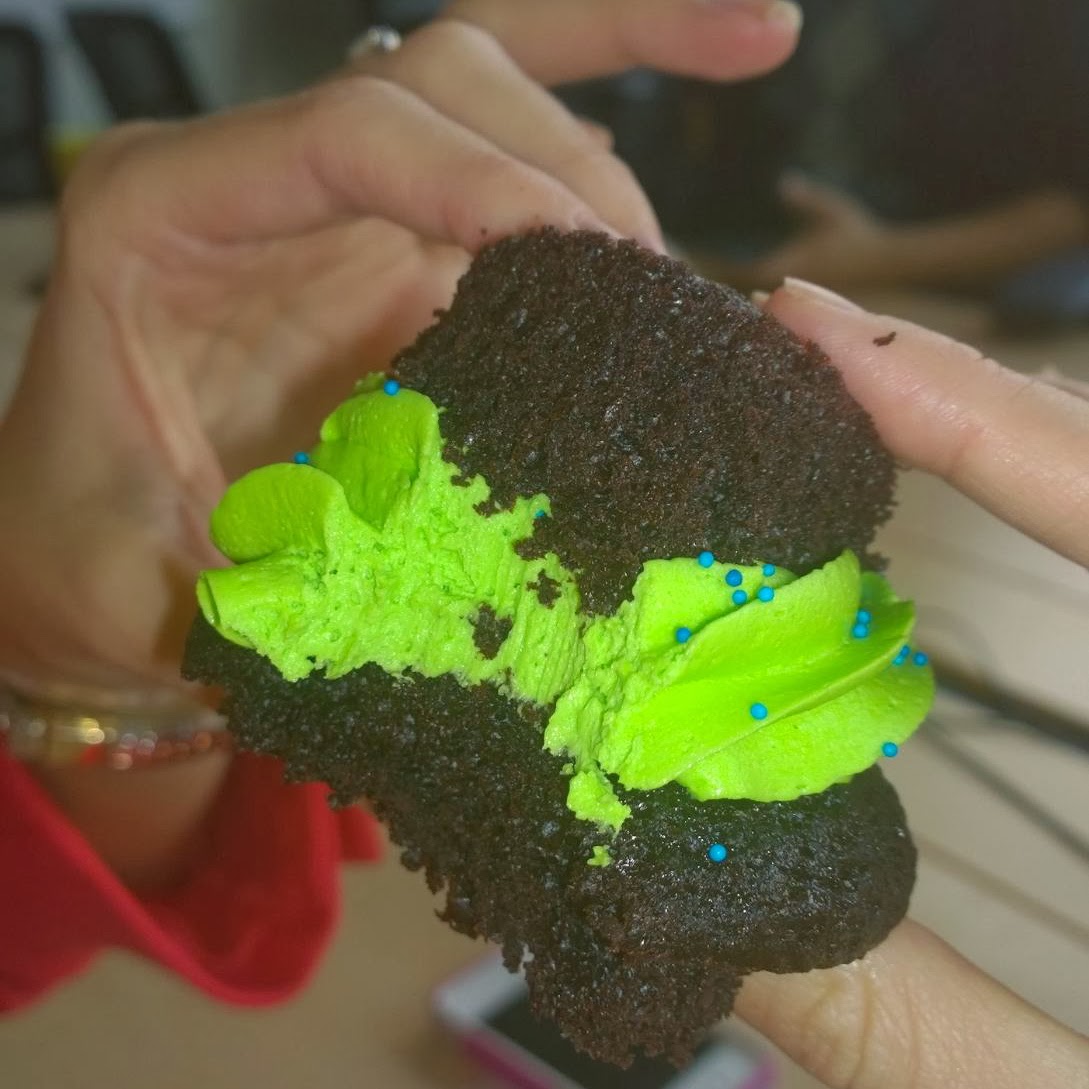 It was excellent! My favorite combo is a classic chocolate cate and white icing, sans food coloring, so this was close to perfection. It's what you expect from a high-end cupcakery these days. I'd love to try Trophy Cupcakes again and adventure out a little, perhaps I'd try the Elvis or a Snickerdoodle cupcake!

Up next were Top Pot Doughnuts! They pride themselves on classic, handmade, no fuss doughnuts and great coffee. 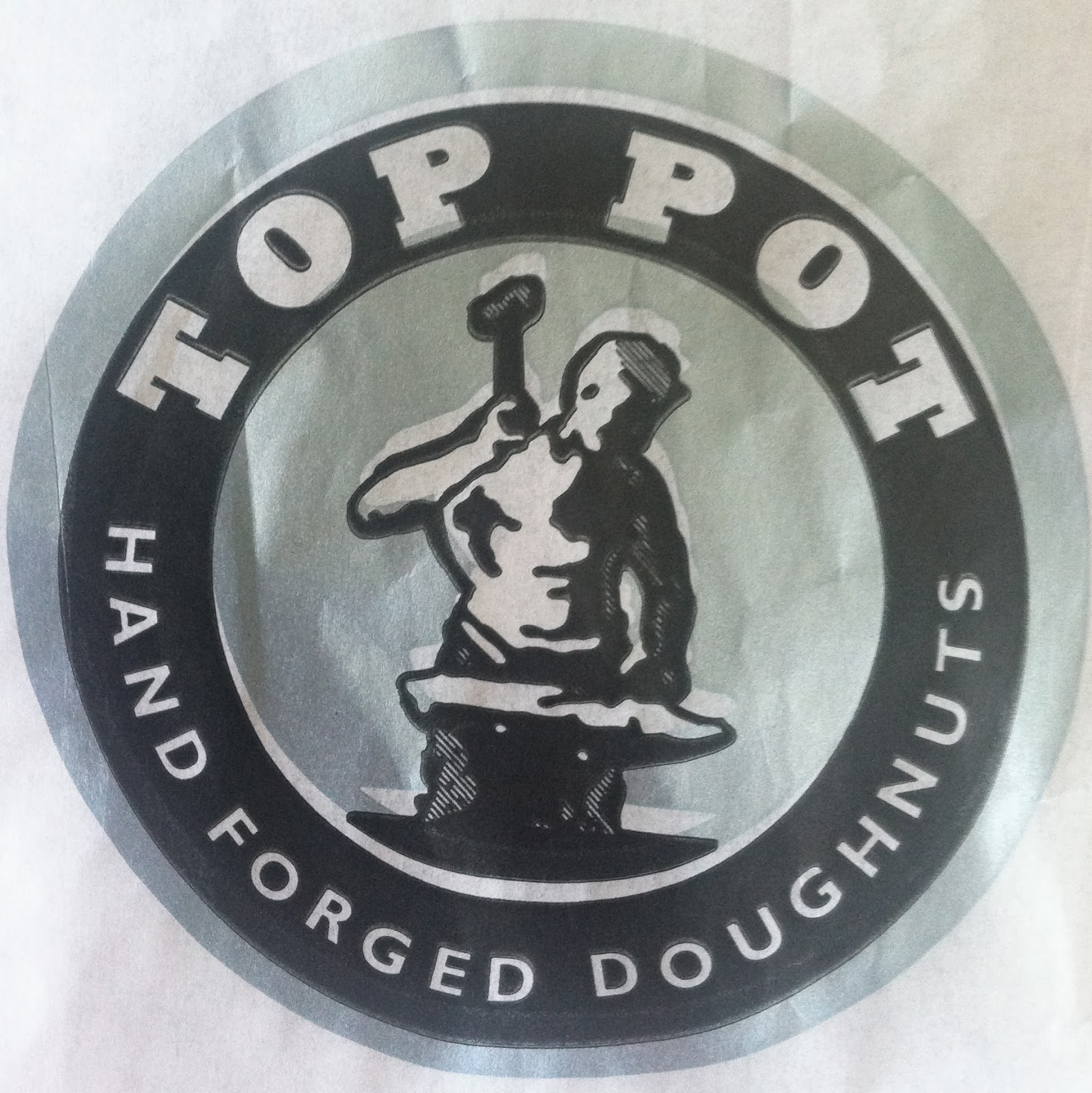 Bryce is a caffeine free freak-o-zoid in my coffee fueled life, but he offered to go get doughnuts and bring them home to me, so I'll keep him around. He picked up the edibles and I made myself coffee at home on a Saturday morning.

The cutest of them all was a Valentine's themed cake doughnut with heart shaped jimmies! [I know it's not a universally understood name, but they ARE jimmies - not sprinkles. Ask Emeril.] Is the middle of the doughnut heart shaped?! It seems to be, although I didn't notice that in real life/real time. It was adorable, although just good in terms of taste. 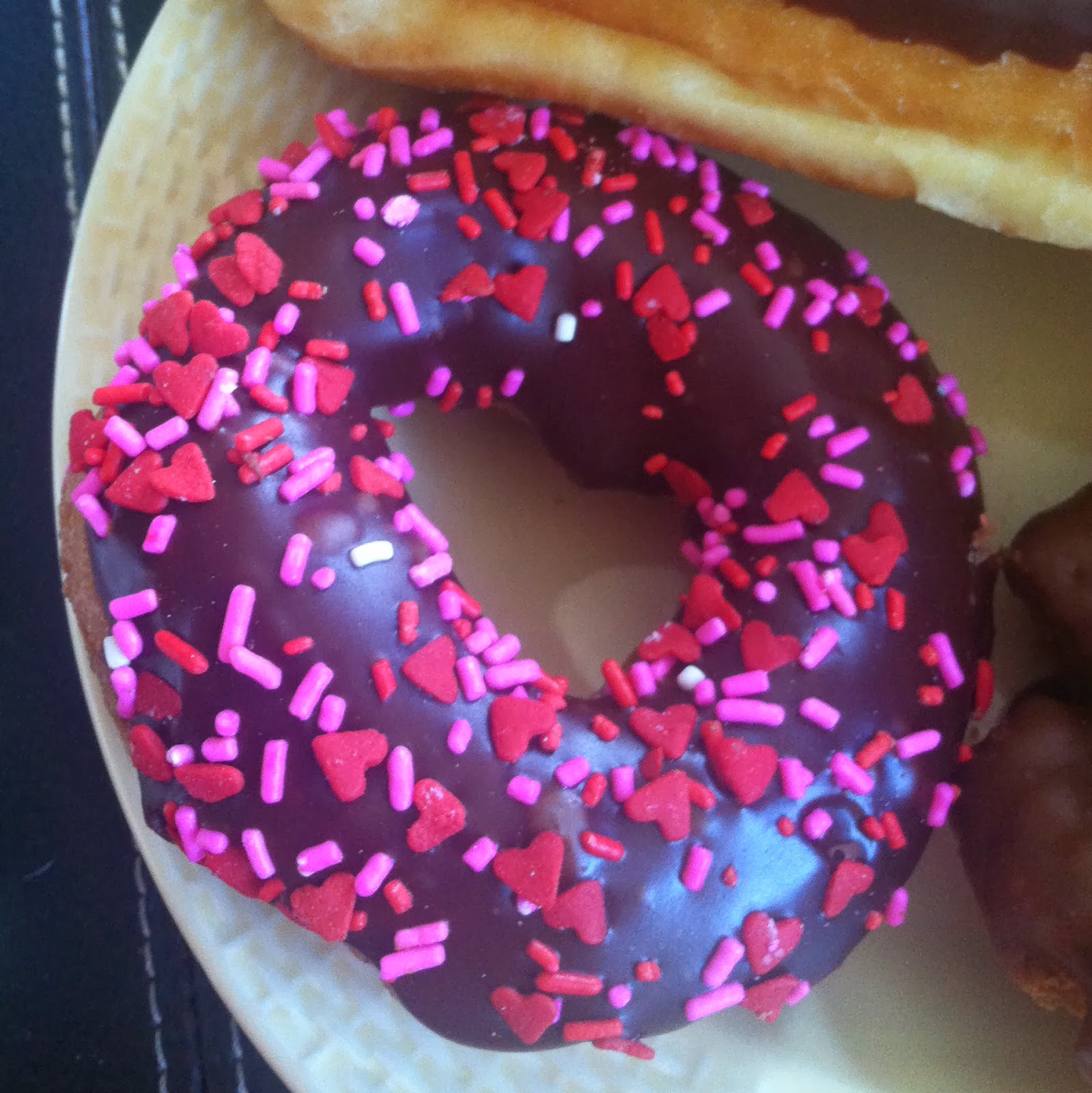 My other treat was the bottom right one, a salted caramel old fashioned doughnut. It was insanely delicious! The texture was soft on the inside yet slightly crispy on the outside, while the caramel blanketed the whole deal. The salt was the MVP and a welcome surprise, just a few seconds after taking a bite. I could eat a whole dozen, certainly. 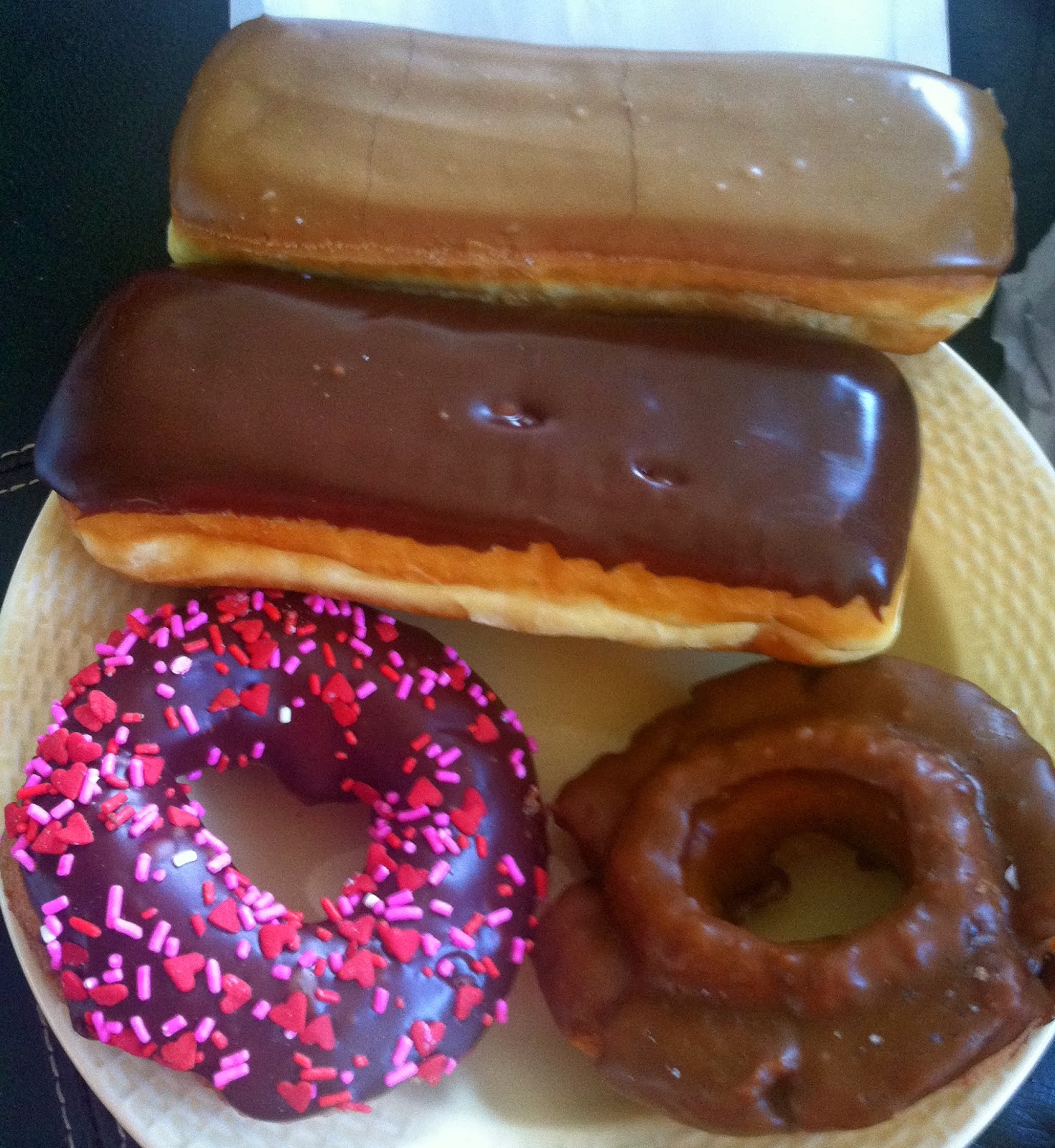 Bryce is a traditionalist (in addition to being a caffeine free freak-o-zoid) and always, 100% of the time, selects a maple bar. On that particular day he went rogue and also tried a chocolate bar. The verdict: maple (remains) > chocolate, the texture was incredibly soft and awesome, and they're preferred over the fancier and crazier Voodoo Doughnuts from Portland. Although both have been deemed worthy of Donut Paradise status by the Travel Channel!

We don't yet drive a Subaru while sipping coffee and holding an umbrella to a Macklemore concert while eating Jo Jo's, Seattle's own term for potato wedges, but we're not complaining about our new city and its sweets.
Posted by Angela