Our weekends lately have been jam packed with adventures around Seattle, meeting up with friends, and restaurant visits! A recent excursion brought us to Ivar's Acres of Clams. It is one of many Ivar's locations and 'Acres of Clams' is the sit-down waterfront restaurant counter part to the fish-and-chips 'Seafood Bars' scattered all over the area. 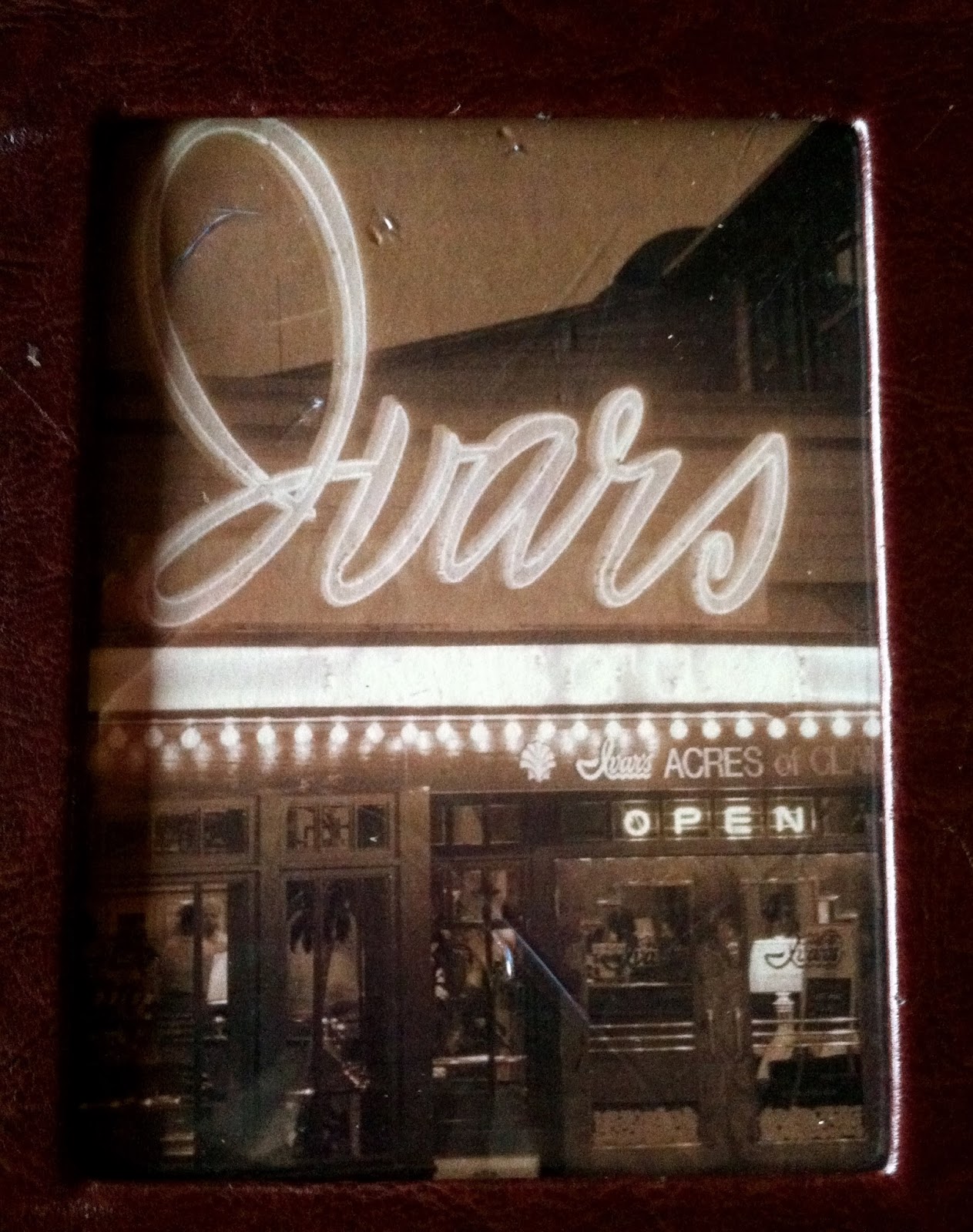 It's a personal favorite of mine when restaurants include old photos of their establishment and Ivars has a great image on their menu covers. So cool!

Could we get a more typical Seattle view from our table? Waterfront on the Puget Sound, in the rain, facing a ferry boat. I'd love to come back on a sunny summer day and sip iced tea from the same location, wouldn't you?

Quite often the servers would open a door nearby and toss french fries to the giant seagulls, causing them to flock to the patio! Seagulls here are no joke, they're as big as Thanksgiving turkeys. 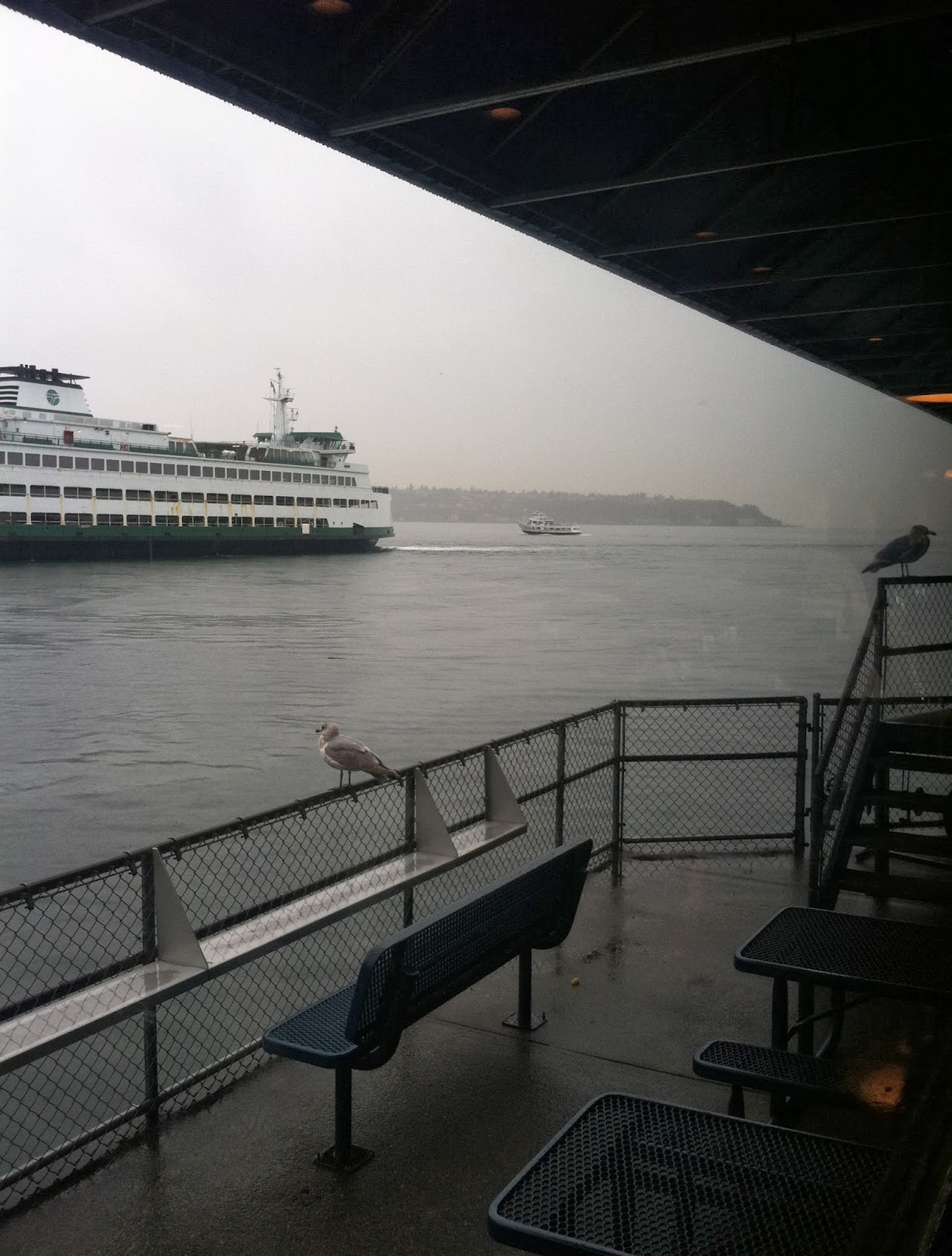 For starters I went with Ivar's own Seafood Cocktail with shrimp, prawns, crab, avocado, and shredded horseradish. It was chilly and refreshing and the avocado added a really nice balance. At times appetizers can be way too much food and ruin your appetite but this one was just right! 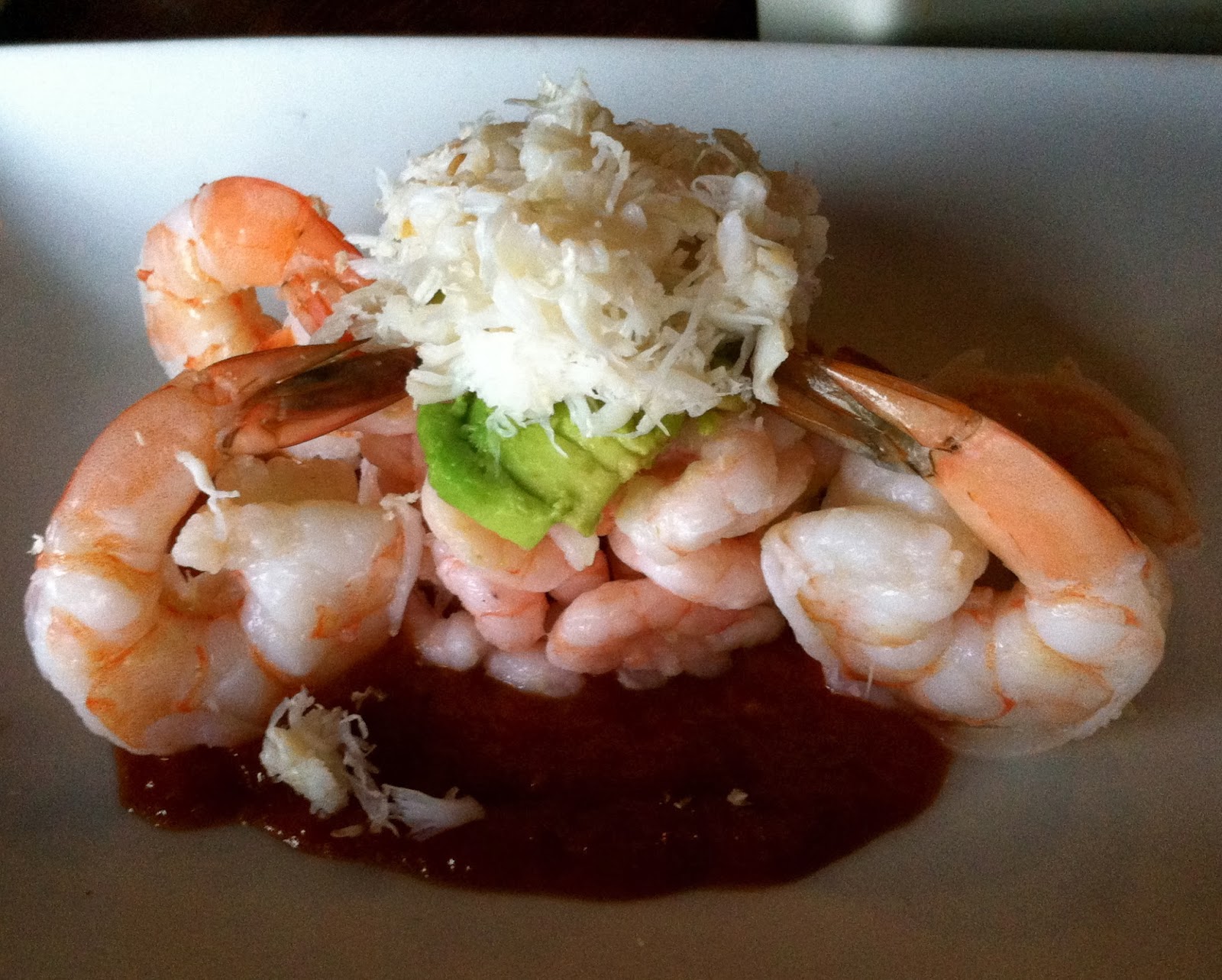 Of the four of us at our table, three people got the sourdough bread bowl with Northwest Style white clam chowder! Not I.

I can't resist when given the option of not making a decision. This adorable little display included red clam chowder, NW seafood chowder, and Northwest Style white clam chowder (clockwise from top). 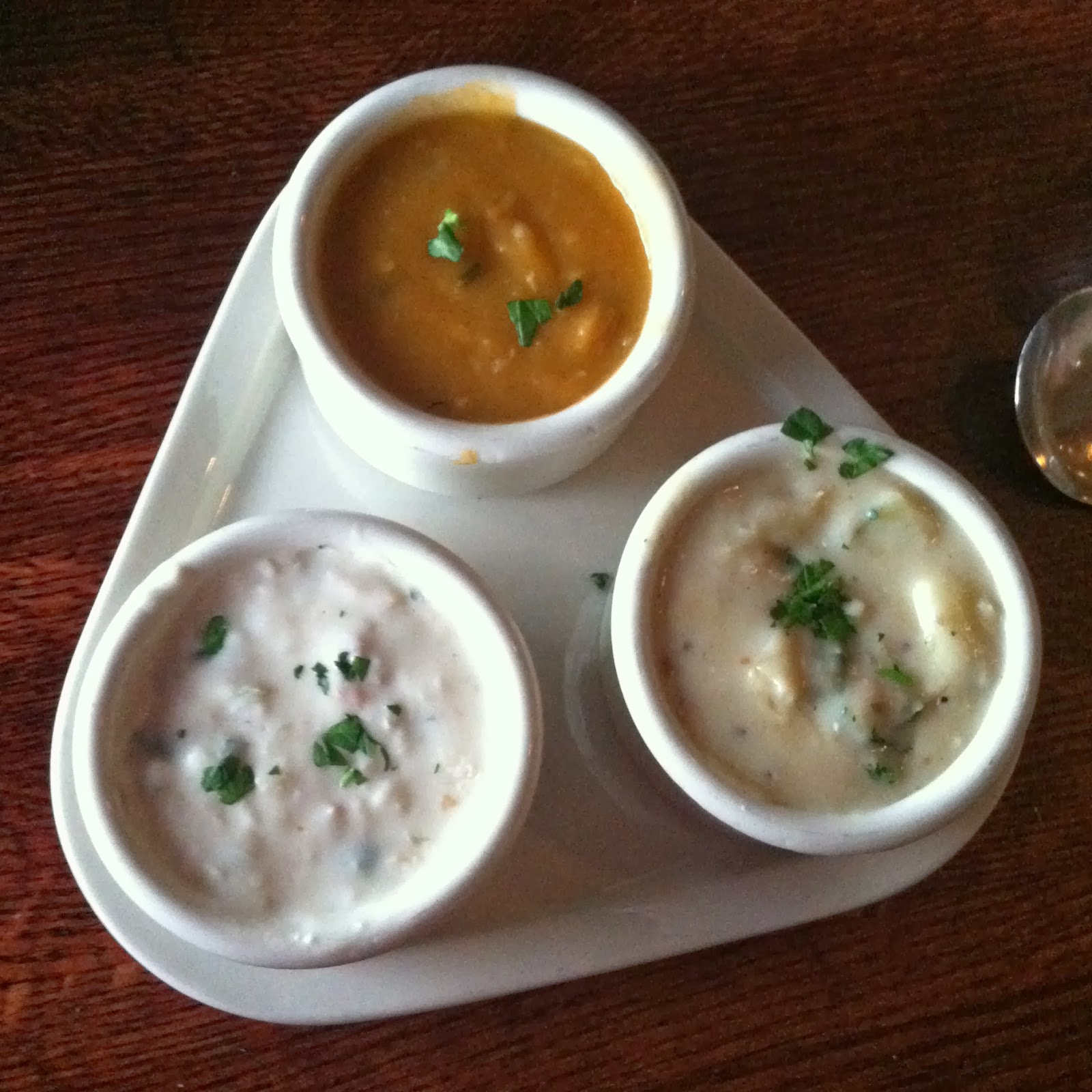 You're probably wondering if we really have friends, since we just moved to Seattle. Yes we do although most of them were made in Hawaii! One of my most favorite people on planet Earth - Chaslee - introduced me to her BFF and roommate (at the time) Kayla about 2 years ago. First Kayla moved to Seattle and Chas told me all about it at work. You can imagine the shock and surprise to us both when I, too, would leave her for the Emerald City! Kayla and I were happy to reunite while both missing our girl Chas. 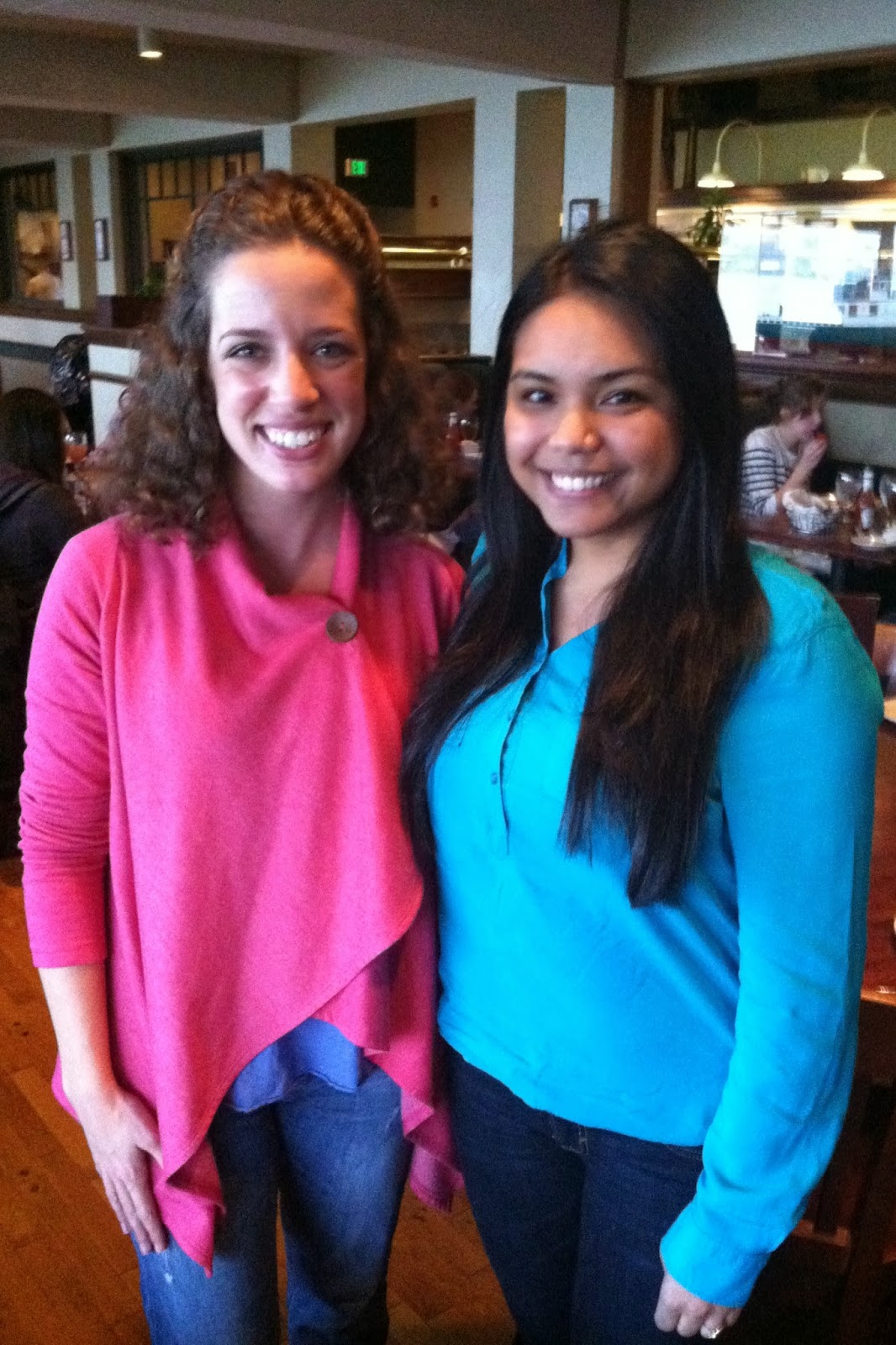 We talked about all things Aloha State including the Hawaiian restaurants nearby which Kayla and her fiance DO recommend trying. We're hoping to get together again soon and eventually trick persuade Chaslee to move here, too!

The next day I spotted these at the grocery store! If you can't visit Ivar he can come home with you, what a guy. 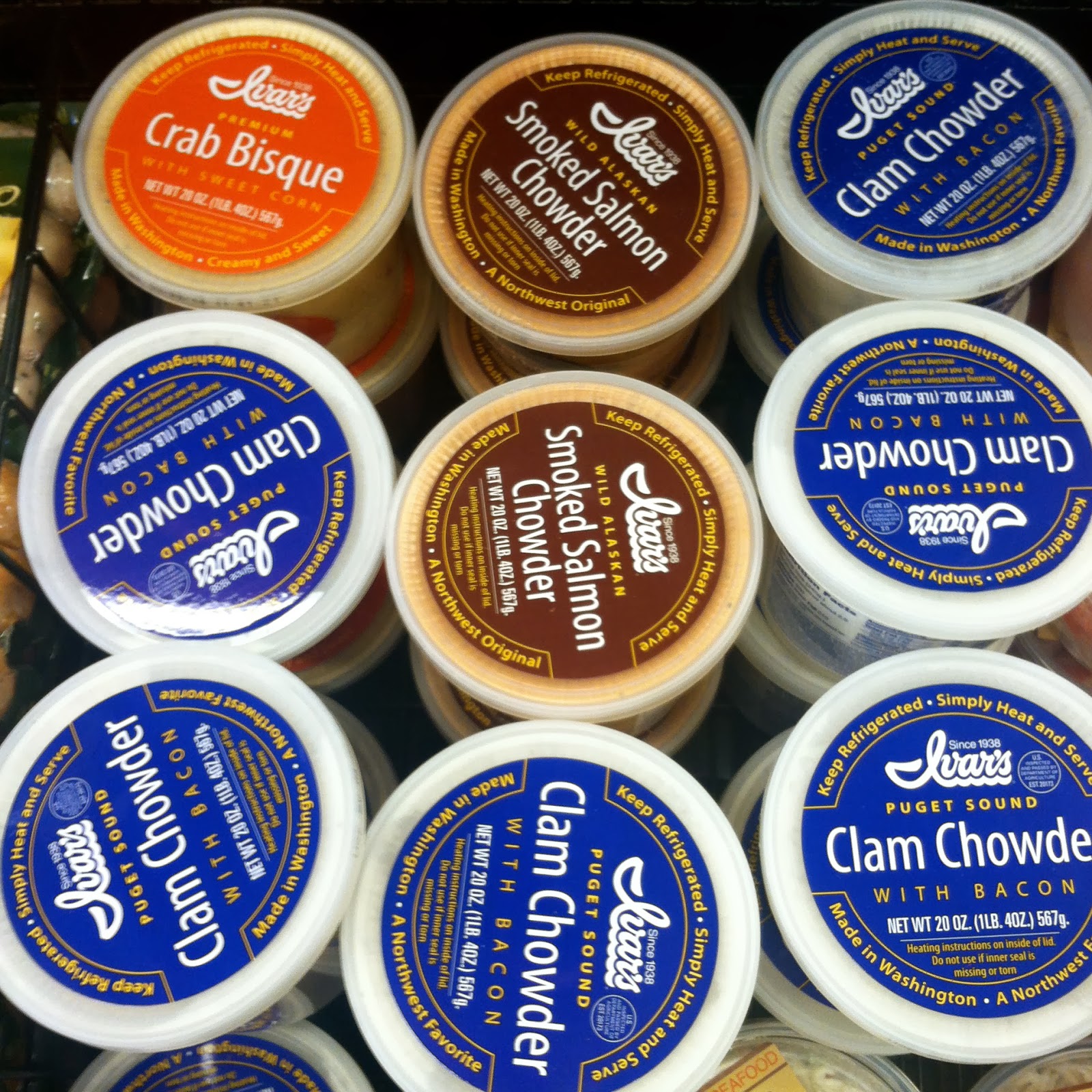 Will this soup phase ever end? Nobody knows.