If you didn't know, I'm a big-time Pittsburgh Steelers fan.  (I don't know who in the world would be reading this blog if they didn't know at least that much about me).  Sunday is going to be a HUGE ordeal, as I mentioned in the last post.  We've had food shipped from Pittsburgh to Hawaii, restaurant signature items replicated, custom cakes ordered, recently black & gold Jell-O shots have been added to the menu, etc, blah blah blah... IT'S A BIG DEAL!

Last year's Super Bowl was NOT the same for me.  Since the Steelers won in 2009 and didn't even make the playoffs last year (which is pretty much a given after a SB win for us) the "big game" was small potatoes to me.  Despite my general lack-of-caring, I made this awesome "Super Bowl" from the Food Network Magazine and filled it with greasy, salty, delicious chips.  In an attempt to be healthy I also made some veggie dip and served it with carrots, celery, tomatoes, and broccoli = boring.  Speaking of boring, after I ate I feel asleep on the couch for the remainder of the game.  The Saints won, right?  Who did they even play?  Was that a literal "Who Dat?"  I just created? 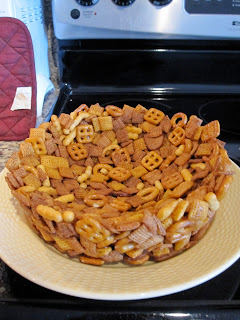 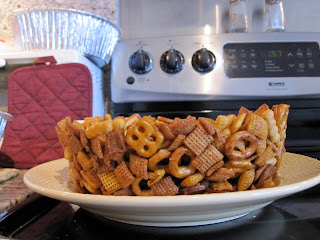 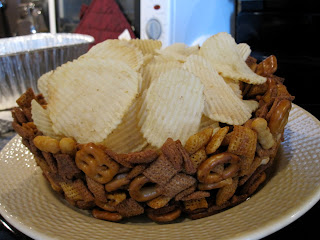 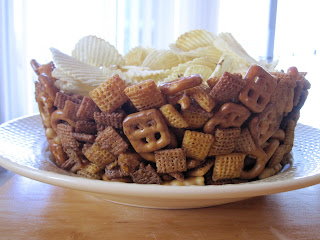 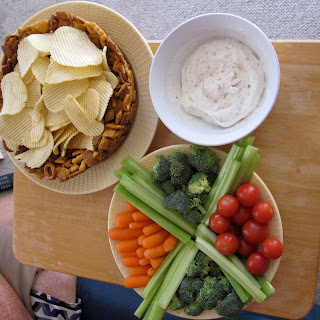 The bowl was super cool and unique but tasted a little stale!


The edible Super Bowl was the highlight of my Super Bowl Sunday last year!  Here's hoping this will be our stairway to SEVEN!
Posted by Angela