Last year I was able to get tickets to Passport to Luxury through my job (read about last year's Passport to Luxury event here). Shopping, plenty of delicious food, and free cocktails - need I say more? I knew the time was approaching for this year's invitation-only event and I was prepared to beg, borrow, or steal to get my hands on some tickets. Can you believe that Modern Luxury magazine doesn't have yours truly on their VIP invitation list!? My dear friend Malia's brother's friend (seriously) works for a company who sponsored the event and she hooked me up with a ticket, thanks girl!

After coordinating a carpool and many outfit changes, we made it to the fabulous event and excitedly secured our passports! Our first stop was Prada - where there was a shortage of food and a surplus of rude salespeople. We moved on faster than a Lindsay Lohan stay in rehab!

Our second stop was Folli Follie, a quirky little store that I've always wondered about and never gone into. According to the passport, their collections of jewelry, watches, and accessories create a "full fashion concept." I particularly liked their cute and fun jewelery and will remember it for future gift buying. We were happily greeted by this multilayer cupcake stand from local Hokulani Bake Shop. (The same bakery recently was featured on and WON an episode of Cupcake Wars on the Food Network!) 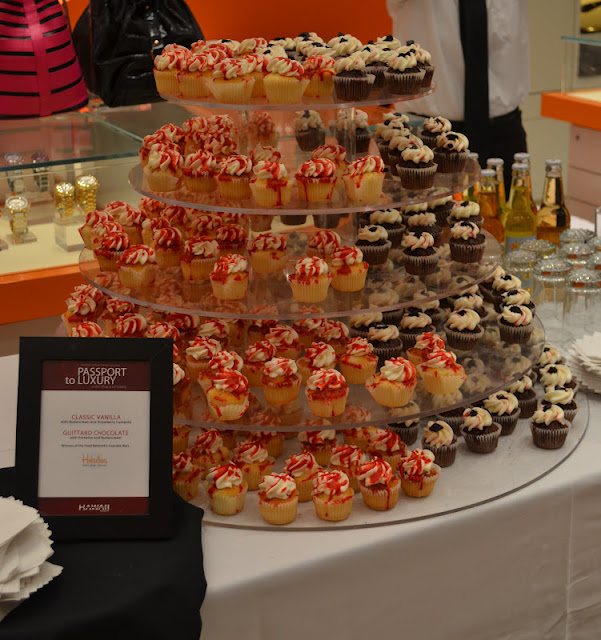 Thankfully the staff was much more personable in the second store, probably because of the general happiness surrounding a stack of mini-cupcakes and a room filled with cute jewelry! I asked the gal serving the cupcakes all about each flavor and which one she preferred. She suggested the chocolate, but told me I could try both if I wanted to! The Classic Vanilla with Buttercream and Strawberry Compote were good, but not great. I've never been a big fan of vanilla cake...unless it's topped with chocolate frosting! 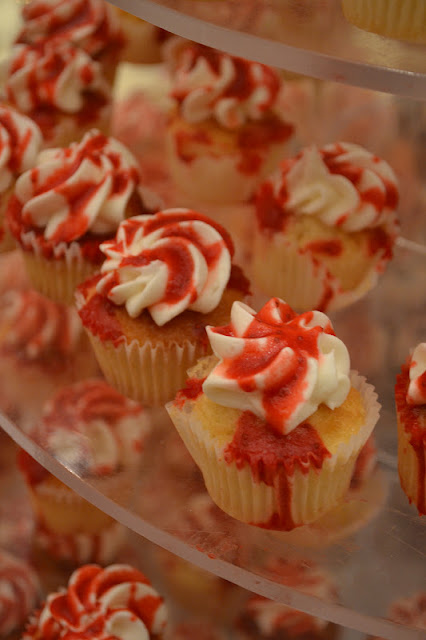 I had no shame in going back for seconds. The others, Guittard Chocolate with Portwine and Buttercream, were incredible! They were super rich and reminiscent of a brownie although the cake-y texture made them even better. Port wine usually reminds me of sewer runoff, but much to my surprise and enjoyment, it gave these little treats a delicious and sweet flavor! 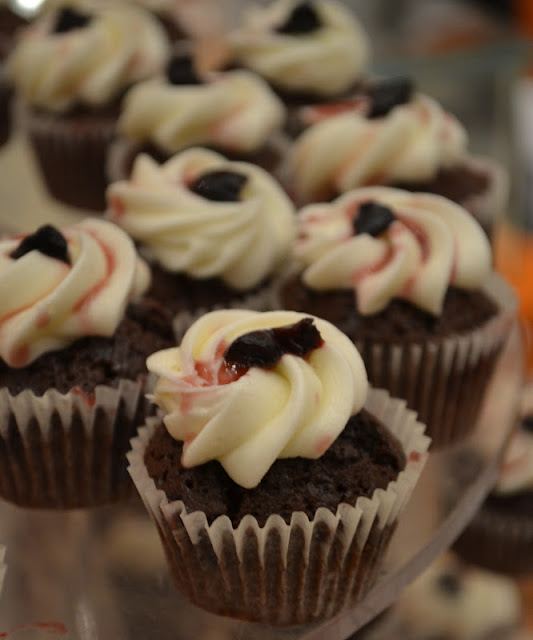 We moved on and found ourselves in Michael Kors. We were each welcomed with multiple (!!) glasses of free champagne served by young, we're talking teenage young, men who were very sweet and quite obviously generous. Two girls had made purchased from MK in no-time and my self control was weakening! Similar to last year, I came close to buying but was able to resist!

What I call Michael Kors: dangerous! 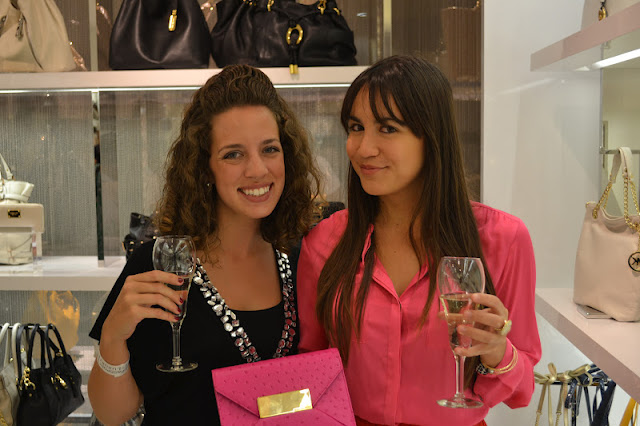 By the time we left MK we were all tipsy and the spending had begun, can you hear the chingching of the credit cards?

As if I weren't already being tested, Ben Bridge Jewlers was filled with shiny diamonds and serving appetizers combining bready carbs (my favorite) and pork (a no-no for Catholics on Fridays during Lent)! Ben Bridge says they've been Helping Celebrate Special Moments with Fine Jewelry and Timepieces Since 1912. I tried to get away from there before my cheap timepiece ticked for another second more. I snapped a picture of this adorable Pork Adobo Empanada made by The Pineapple Room by Alan Wong, and held my breath while my friends scarfed them down! 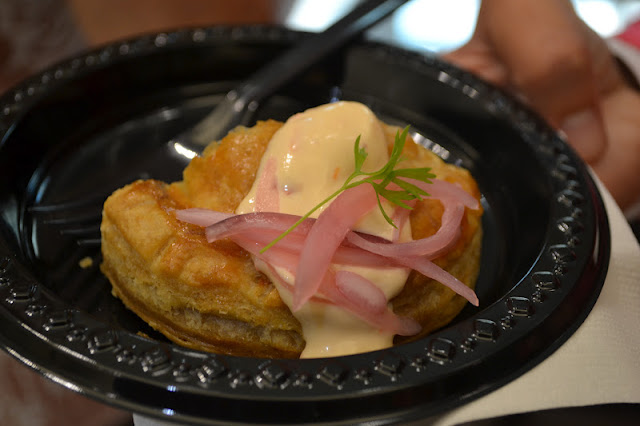 Thankfully, our next stop was Fendi and they were serving seafood, and champagne! Fendi offers Women's Luxury Fashion, Leather Goods, and Accessories. These Asian Inspired Hawaiian Kampachi Ceviche bites were made by Cafe Julia's, a restaurant that will be opening in Honolulu soon, and tasted incredible! Just the right amount of fish, fresh flavors, and a salty chip. To avoid making a mess in such a nice store, your best bet was to shove the whole chip into your face at once :) 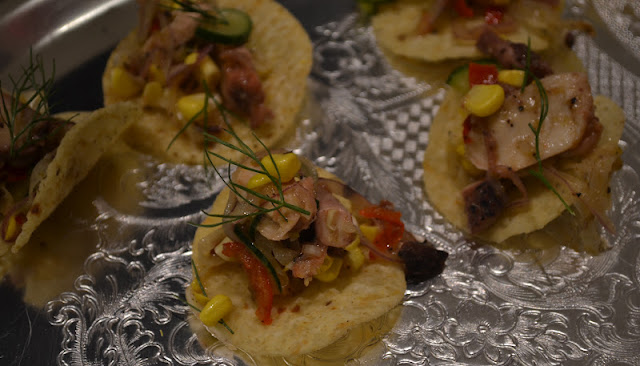 Our very last stop was to Bally, supposedly they serve leather outerwear, accessories, and shoes. We were told they were the last stop that still had food! I was sad to find another meat dish, stinkin' Catholic rules! My friends enjoyed the Duck Confit Tart with red onion, goat cheese, and mango relish from Tango Cafe. 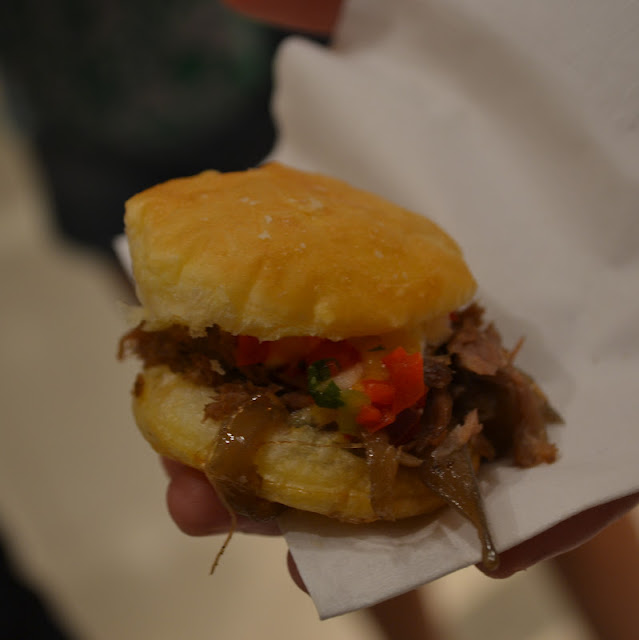 The event was even better than the year before! It's the perfect combination of friends, food, cocktails, shopping, and pretending we're all rich enough to shop in the high-end stores. I focused mostly on the food but can't resist sharing photos of some of the other luxuries of life: good friends, new friends, and expensive bags. 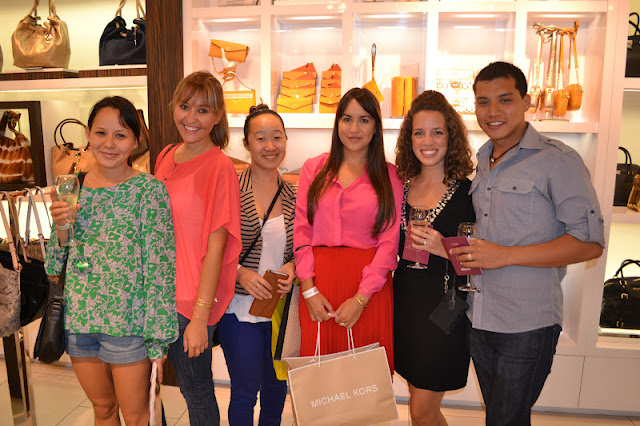 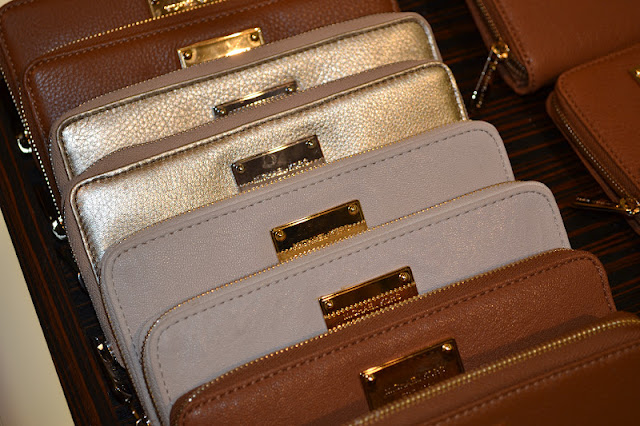 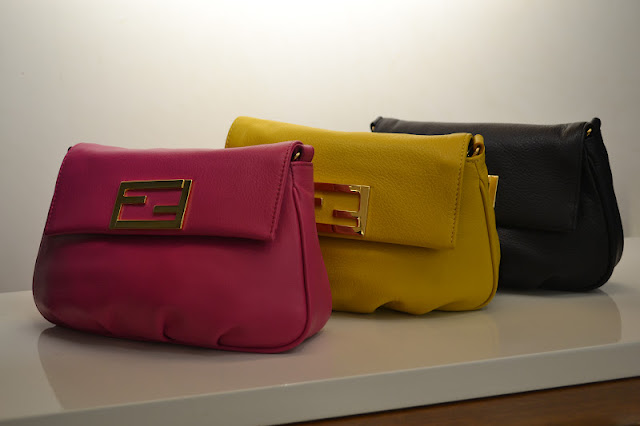 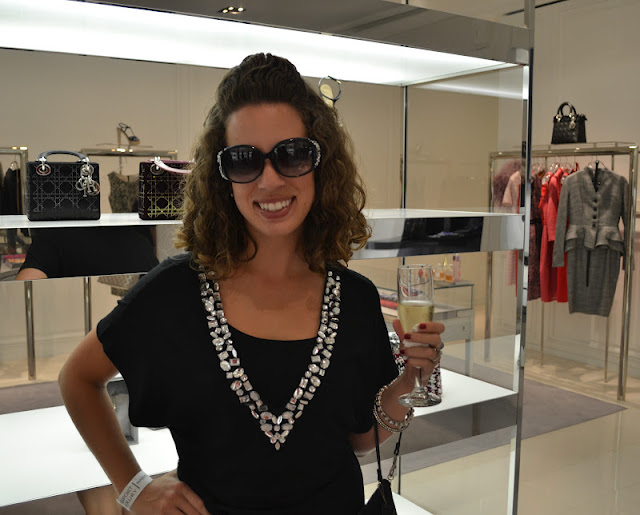 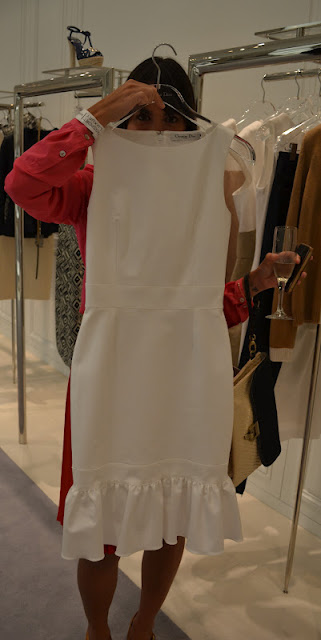 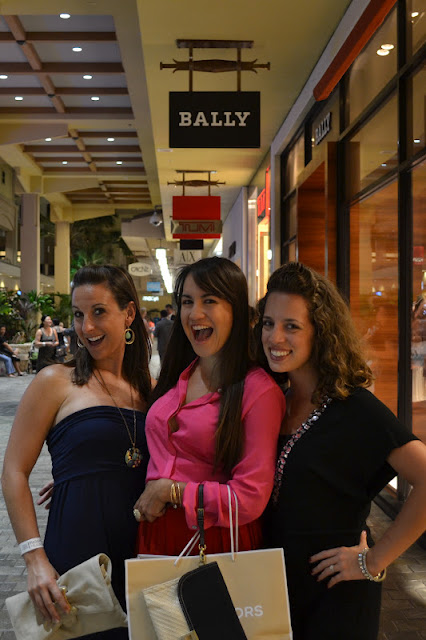