As a kid I despised you and your Pittsburgh parade that my parents would drag me to, at an ungodly hour, year after freezing cold year. During college I discovered that I, too, enjoy you and we rushed into a passionate love affair! Penn State even started a unique holiday while I was there, State Patty's Day. It was created so that we could celebrate together in Happy Valley because we'd be on spring break over the true holiday. Green beer, green Jell-O shots, and frat boys in green EVERYWHERE! [Bryce, are you actually reading this one? hehehe] It was insane and usually resulted in a 2-day hangover. Here in Hawaii, St. Patrick's Day is the only day of the year where haoles (white people) are the majority. There's a block party between the two Irish pubs downtown, Murphy's and O'Toole's (the bar where Bryce and I met) and it's awesome!

The relationship between St. Patrick's day and I have finally found a happy medium, somewhere between the sober, freezing, boring parades of my childhood and the belligerent slop-fests of college. Since this is the first year that I've lived in Hawaii for a Saturday St. Patrick's Day, I was particularly excited!

The celebration began the day before with 3 trays of Lucky Charms Treats! Dare I say that these are even better than Rice Krispie Treats? I mean seriously, there are already marshmallows in the cereal. Just melt a stick of butter in a pan, add an entire bag of mallows, then mix in the cereal and convince it to mold into a cake pan. My advice is to be generous with the cooking spray on both the cake pans and the spatula or utensil that you're using in order to maintain your sanity! 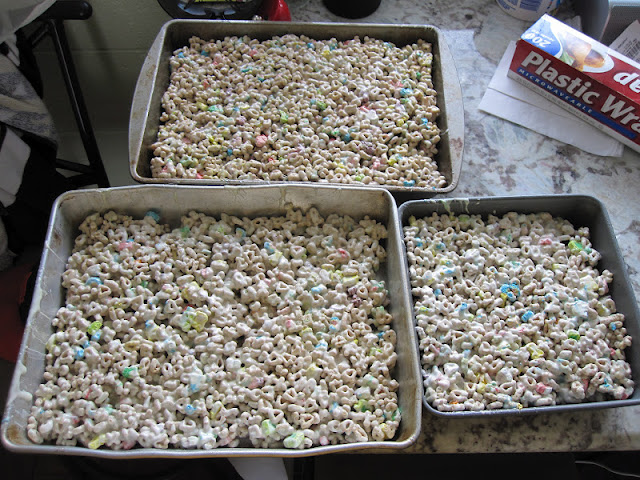 St. Patrick's Day morning was aggressive. Our roommate Grant and his friend Alex, who has been sleeping on our couch recently, cracked open a few Guinnesses (is that a word?) at 9:18 am! 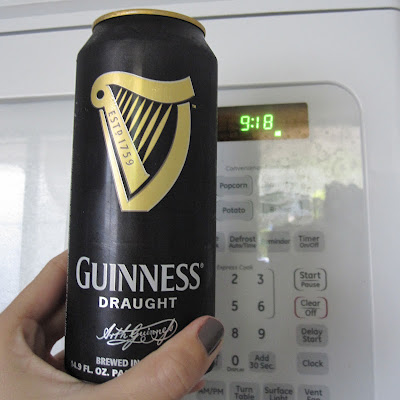 I'm not sure that I've ever tried a Guinness, but they were particularly unattractive at that hour of the day. 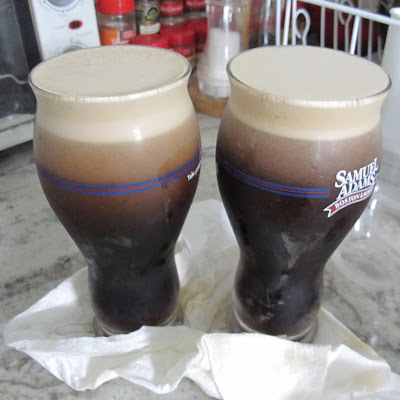 A bit later in the day we threw a pre-block-party-party at our apartment, complete with a pony keg and some fun and festive food. Say cheese! Mild and tangy red leicester cheese from Ireland. 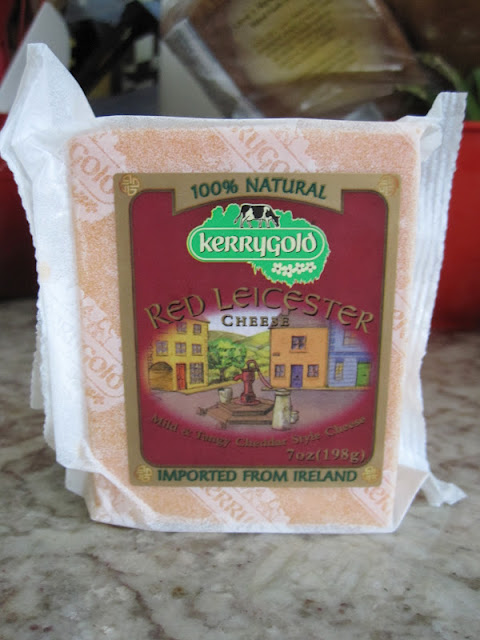 It was melted over some burgers on the grill! For a long day of imbibing, I tried to provide some substantial food. 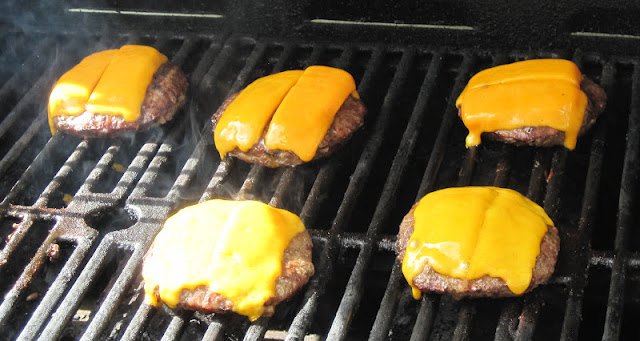 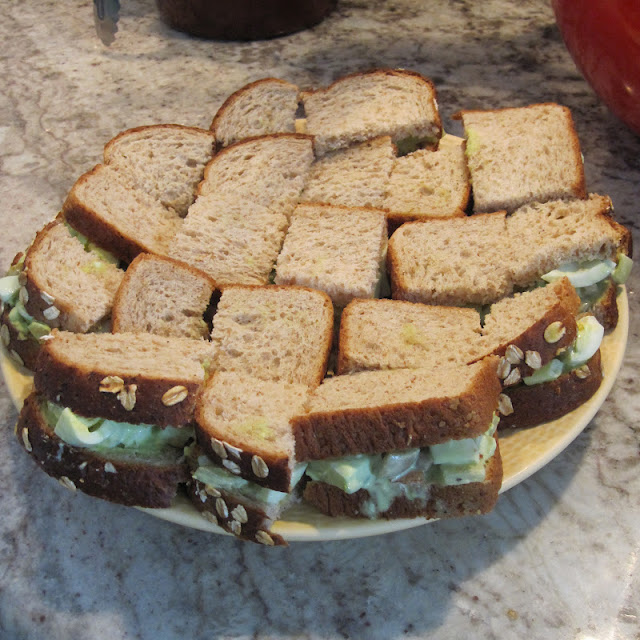 Needless to say the Lucky Charms Treats were magically delicious and irresistible to all! My theory about adults and Rice Krispie Treats is again confirmed. 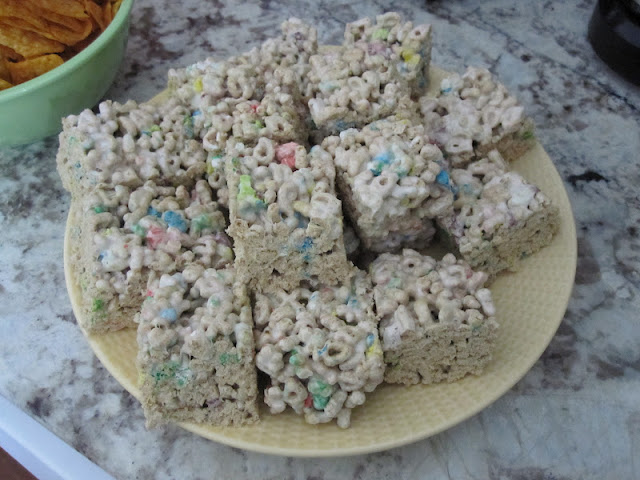 The party was a great success and all the food was devoured. The keg was kicked right around 6 pm and we made our way down to the block party, as planned. The block party is always a good time: tons of drunk people wearing green and providing both comedy and entertainment, a variety of beer and food, and awful porta-potties!

But wait, we're not done! My cousin Darren invited us over for an Irish dinner the day after St. Pat's. He and his girlfriend had an incredible spread of corned beef and cabbage, carrots, and onions with all the fixin's! 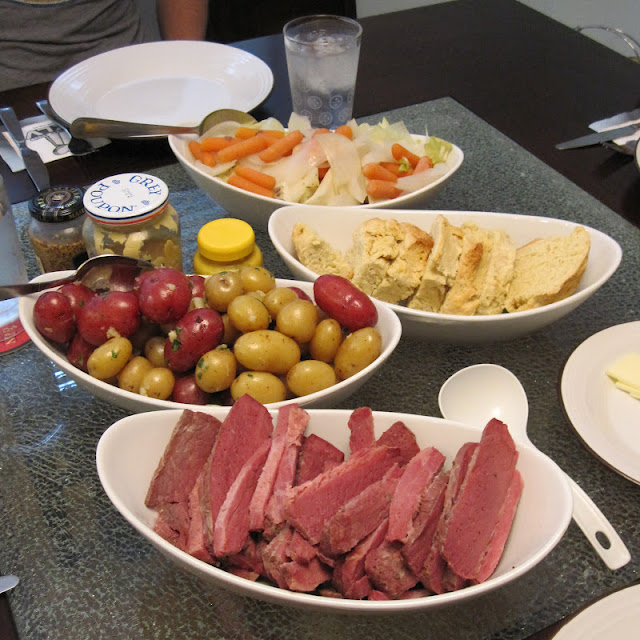 Including delicious and adorable little potatoes... 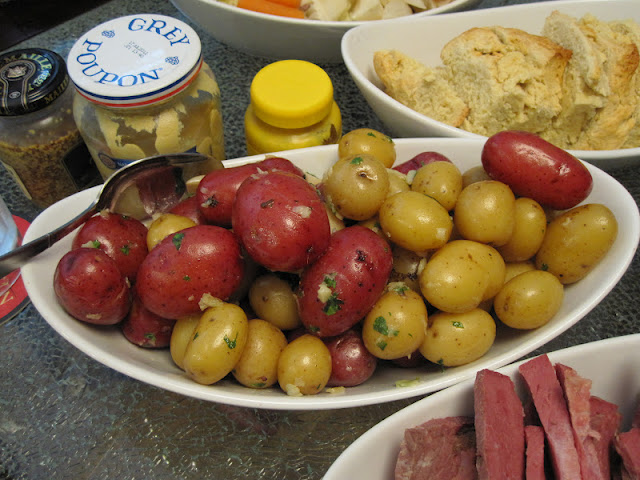 ...and homemade Irish soda bread! The whole meal was incredible. My personal favorite was the bread. 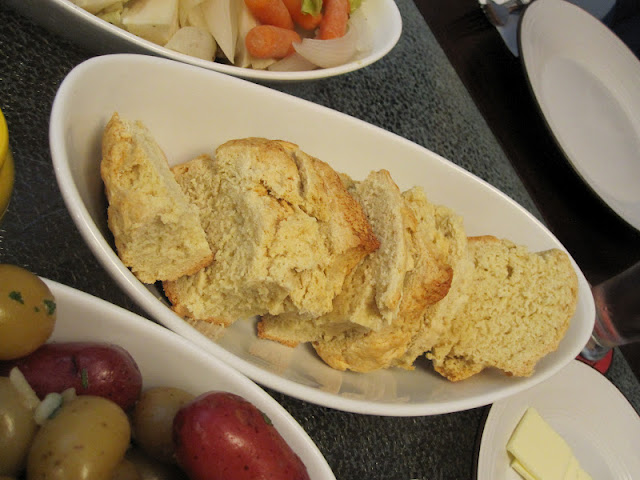 Our only contribution to the meal was the final pan of Lucky Charms Treats. They again proved to be highly popular to kids of all ages!

St. Patrick's Day and I have come a long way and have found the perfect balance of green, a little bit of alcohol, and a lot of food, to sustain a long and loving relationship! Until next year, Saint P.
Posted by Angela