The day has finally come. Bryce and I are now the proud owners parents of a KitchenAid Stand Mixer! We're thrilled to add this to the list of our favorite kitchen gadgets. 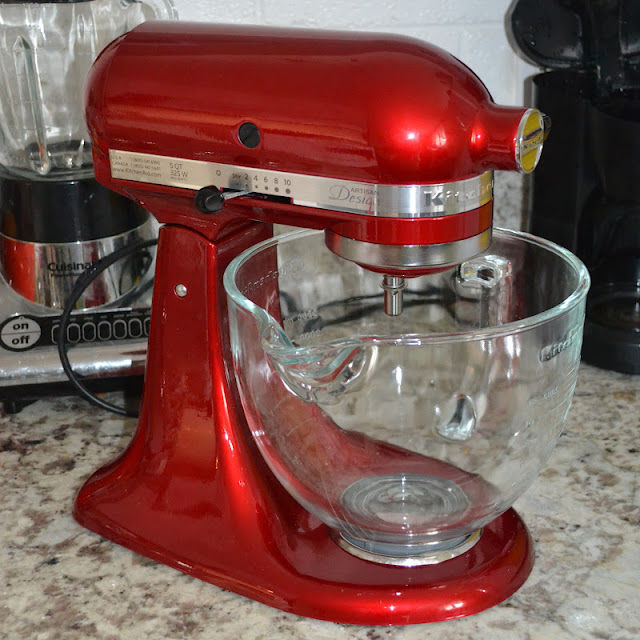 Isn't she lovvvvvely? Isn't she wonderful? 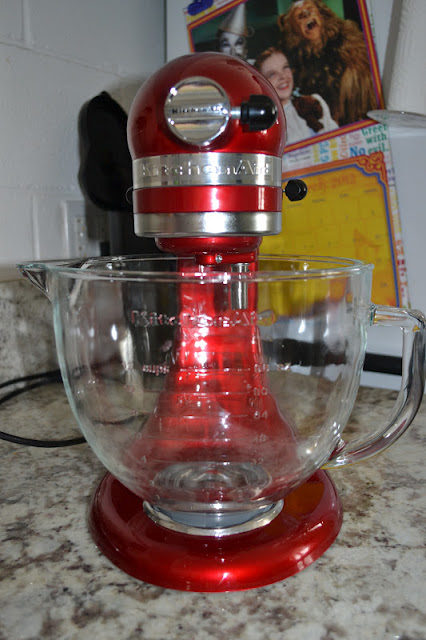 After much consideration, price comparing, and general obsessing over the mixers, we opted for the Candy Apple Red - 5 quart - tilt-head - stand mixer with a glass bowl (clearly, HA)!

Thanks to a generous gift card from Bryce's Mom, one of his birthday gifts, and Bryce's great idea to finally make the purchase, I paid just $28 to cover the difference! "My Sandy" was actually planning to get us the mixer for a wedding shower gift and sent me a $28 check after I told her that we bought it! Thanks Bryce, Teresa, and Sandy, we're indebted eternally to provide delicious treats at your request for the lifespan of the mixer, which I'm guessing is probably forever!

I thought long and hard about what to make first. Which recipe could properly christen the new mixer? The decision was tough but I decided on my favorite cookies and the first kind I'd ever made from scratch: Snickerdoodles!

Using this mixer is truly a luxury and one can never go back to holding a hand mixer or, God forbid, mixing with your arm and a spoon! Look Ma, no hands. 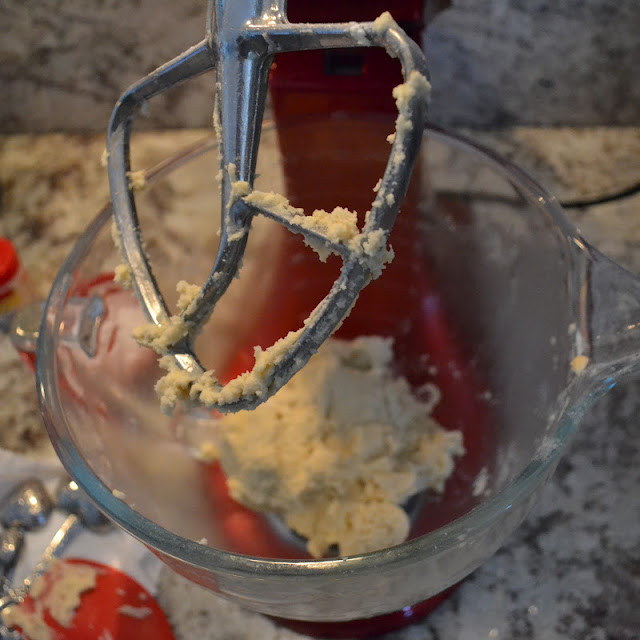 An entire batch of dough has tons of room (for activities!) in the huge bowl. 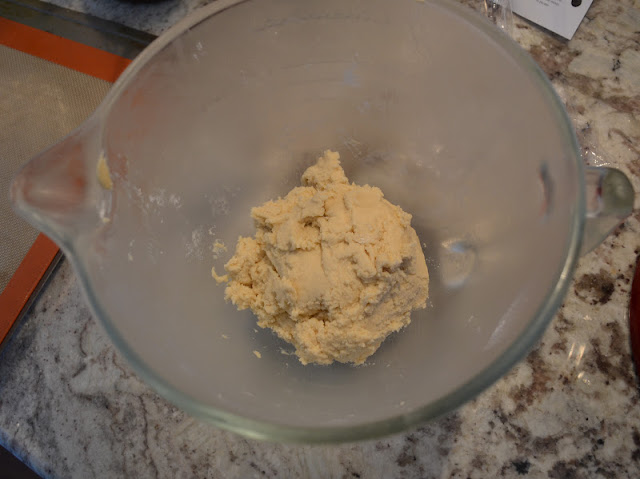 First, make sure to get the butter and egg out of the fridge and let them come to room temperature while you measure the other ingredients, make some counter space if you live in a cramped apartment, or inhale spoonfuls of peanut butter from the jar!

Beat the butter for 30 seconds. Next, add the:


...and beat those until combined, occasionally scraping down the sides of the bowl. Next, add in the egg and vanilla and beat until combined. Finally, add the flour in small amounts, until well combined. Cover and chill the dough for an hour, or until it's easy to handle.

Continue to scarf down peanut butter, do some of the dishes, or whatever strikes your fancy during this time. About 10 minutes before the dough is ready, preheat the oven to 375 degrees F.

Remove the dough from the fridge. Combine the remaining sugar (2 tablespoons) and cinnamon in a small bowl. Shape the dough into balls, then roll them into the yummy mixture! Place them on a cookie sheet and bake for 10 to 11 minutes. 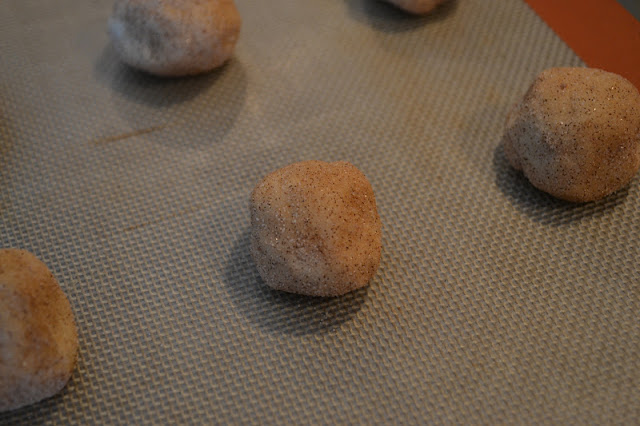 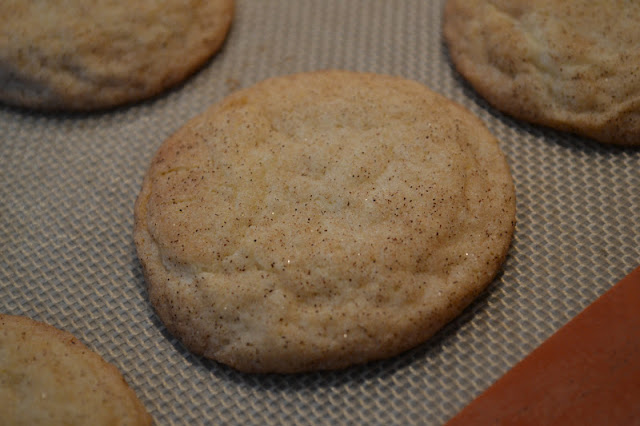 Let them cool on wire racks, then enjoy!

Candy's first project was great. My favorite cookie AND it was even easier to make them with our awesome new mixer! Now the question is - what should we make next? What is your favorite recipe to make using the mixer?
Posted by Angela