We've had some of the craziest weather I've ever experienced here in Honolulu this week: pouring and constant rain (versus our typically light and quick rain showers) and a few intense thunderstorms! On Tuesday it rained all day long and, according to the Aloha: Yinz Mangia Facebook page, this weather calls for soup: corn chowder, tomato, lobster or crab bisque, nabe (Japanese soup), and even chili and beef stew.

Luckily I had planned to make onion soup this week and all of the ingredients were already inside the house. Avoiding the rain and still filling the soup craving - score! What a great excuse to use my new mini cocottes and their corresponding cookbook. 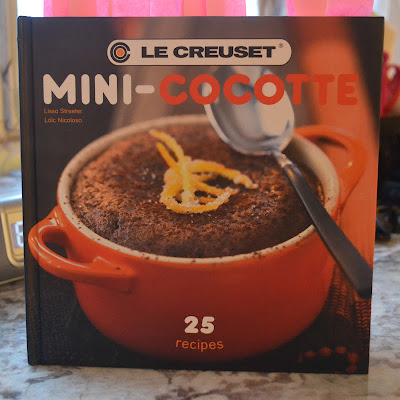 2 large onions
1/2 of a stick of butter
1 can of beef broth
1 bay leaf
a pinch of dried thyme
ground black pepper, to taste
2 teaspoons of white vinegar
4 slices of a baguette
1/4 cup of shredded Swiss cheese

I got a little carried away with the onions, only 2 were used. 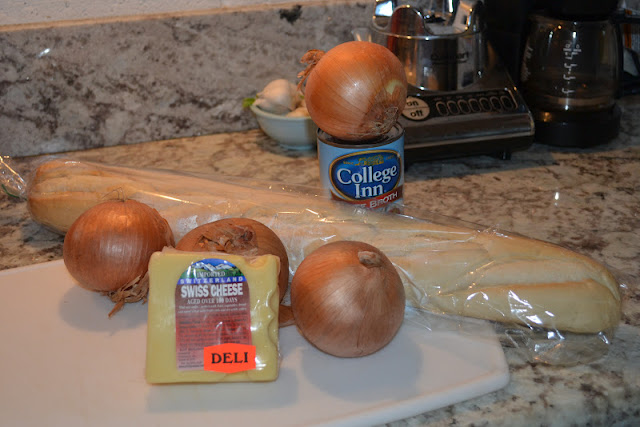 Peel and chop 2 large onions. Yes, you will cry! Keeping onions in the fridge usually helps with the crying. Melt half of the butter in a frying pan or dutch oven, then add the onion and cook over medium-low for at least 20 minutes. The onions should go from white and crunchy to brown and caramelized, don't rush them!

Once the onions are successfully and deliciously cooked down, add the beef broth, bay leaf, vinegar, and pepper and cook for 10 minutes more.

In the meantime, shred the swiss... 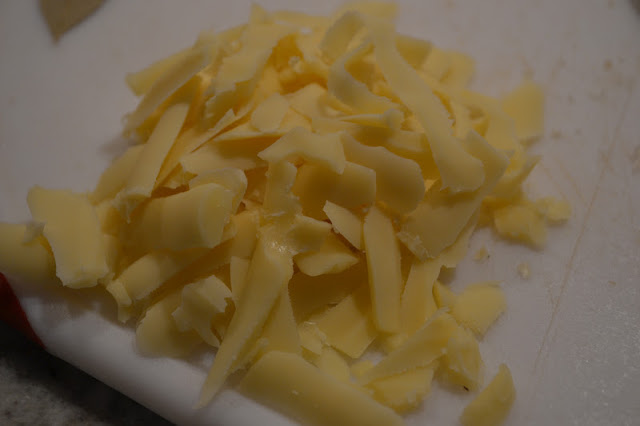 ...and slice the bread. Now's a great time to preheat the oven to 400 degrees F. 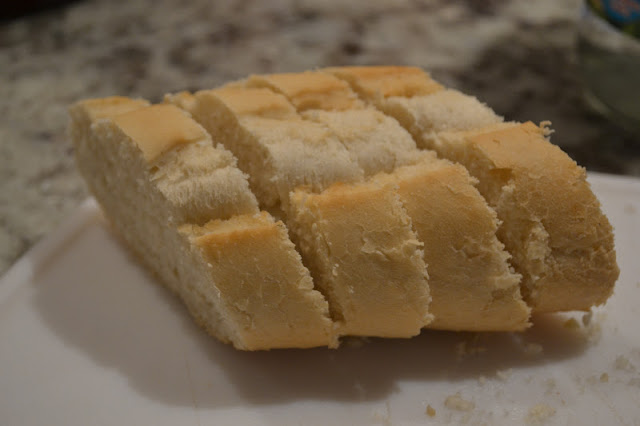 Now, melt the remaining butter in another pan. Place the slices of bread in the pan and let them heat up until perfectly toasted on one side.

Remove the bay leaf, then divide the soup into the mini cocottes evenly. Mine had cooked down a bit so I added some water to each. 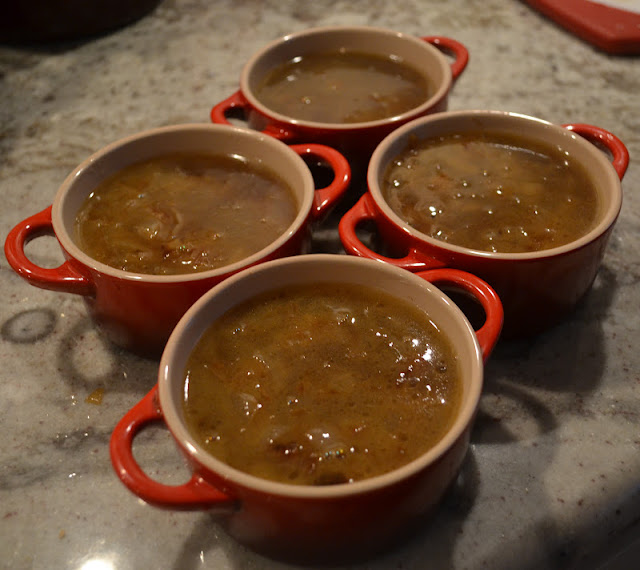 Top each cocotte with the bread. The original recipe called for that little onion on each slice, but it was totally unnecessary. 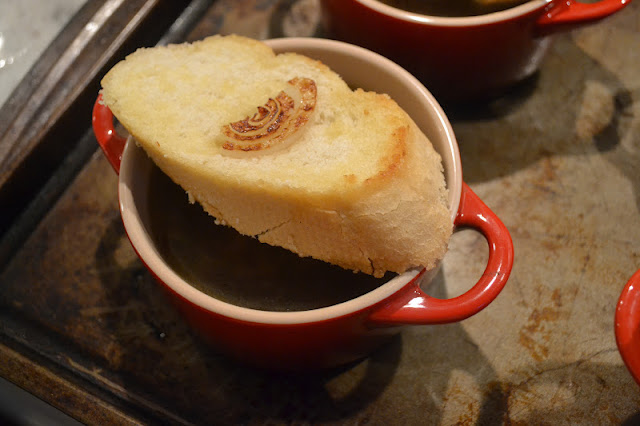 Some of the bread may fall into the soup, and that's ok! I like to put the cocottes on a baking sheet so that they're all going into and out of the oven together. 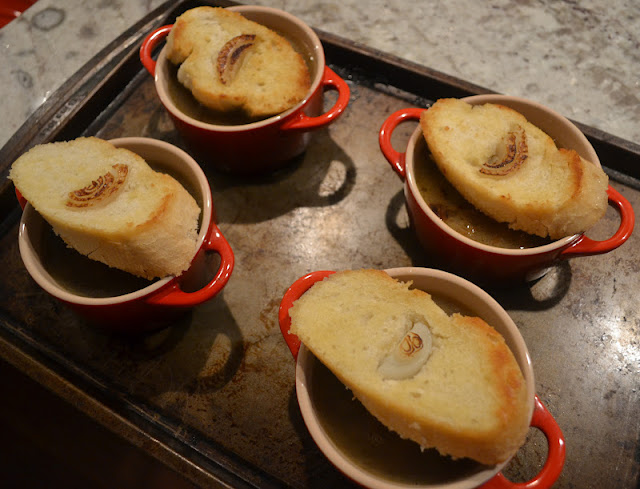 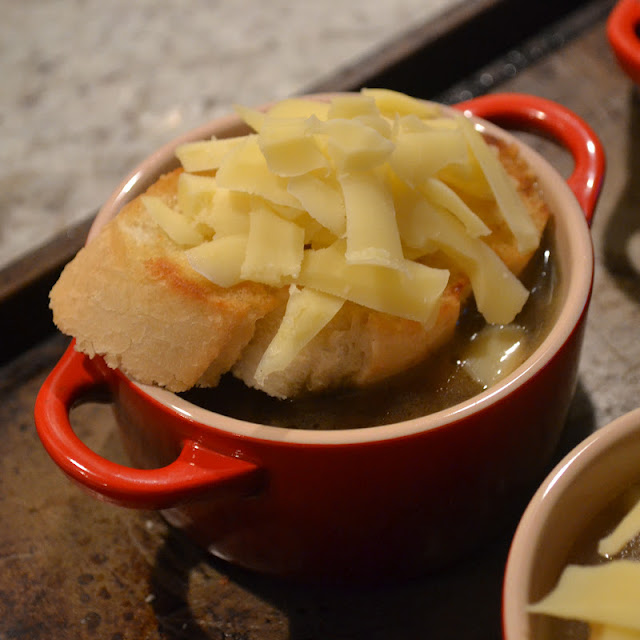 Now bake in the oven for 5 minutes, until the cheese is bubbly and melted. 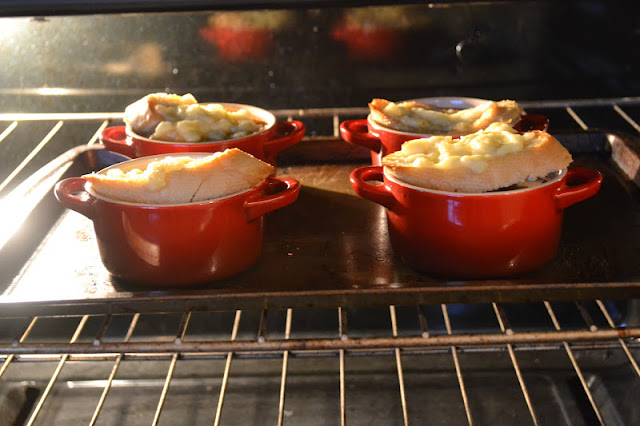 This soup is awesome and just perfect for a rainy day! Even once the bread and cheese are gone the flavors are rich, comforting, and not too onion-y. It reminds me of my favorite French Onion soup from Max and Erma's restaurant in Pittsburgh! Although they use 3 kinds of cheese, now that's a good idea. 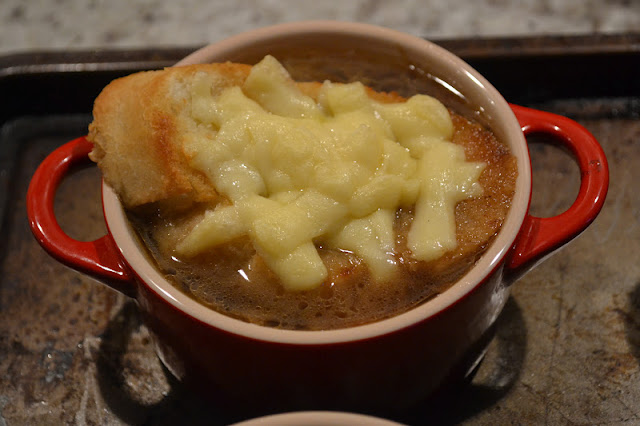 Overall this recipe is a WINNER - very easy, quick, delicious, and inexpensive. As long as you have a few onions, bread, cheese and broth around the house you'll be ready for this during the next down pour! 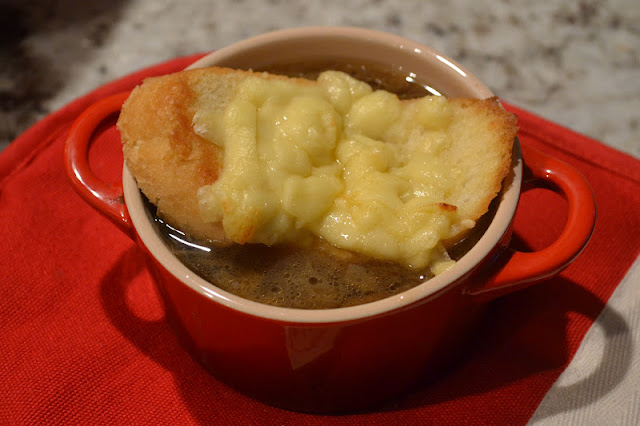 As soon as the soup was gone, Bryce promptly started making dessert in the same cocottes! He made the homemade chocolate souffles from the cover of the cookbook and did an excellent job. Dinner and dessert in the cocottes, maybe we should have bought 2 sets! 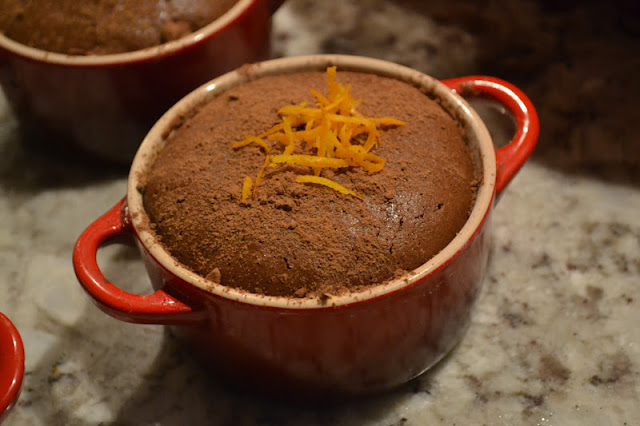