Today I'm throwing myself a pity party - the Steelers aren't in the Superbowl BOOOOOO!

I was too busy pouting about our loss last year to post about the awesome party my cousin Darren had, but today - 1 year later - I'm ready to tell you all about it! He's having a party again today but it won't be the same... aka who cares about the game/football, I'll act like all the other women who only care about the commercials.

Last year we had black & gold smiley cookies from Eat'n Park, a Pittsburgh favorite! These were shipped from the Burg thanks to my Mom. 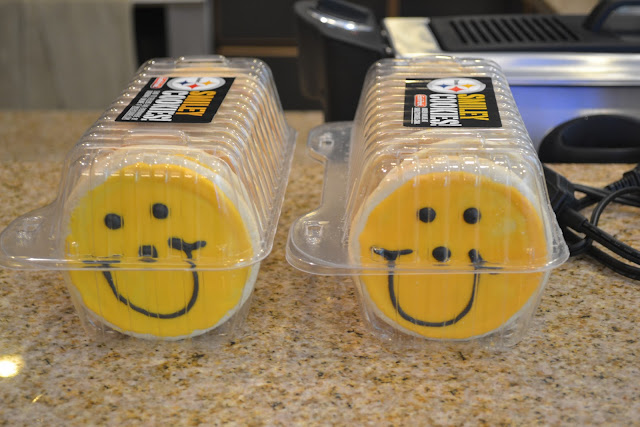 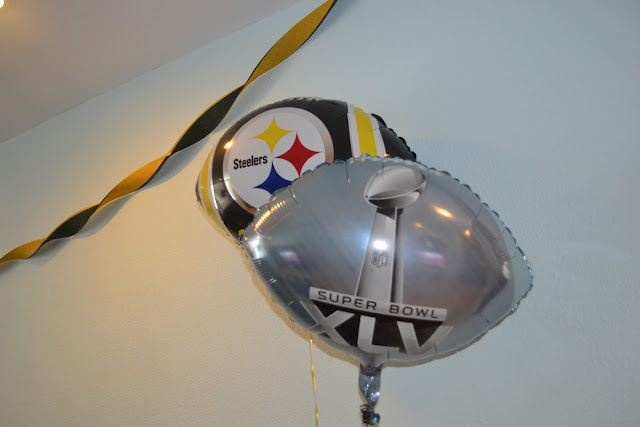 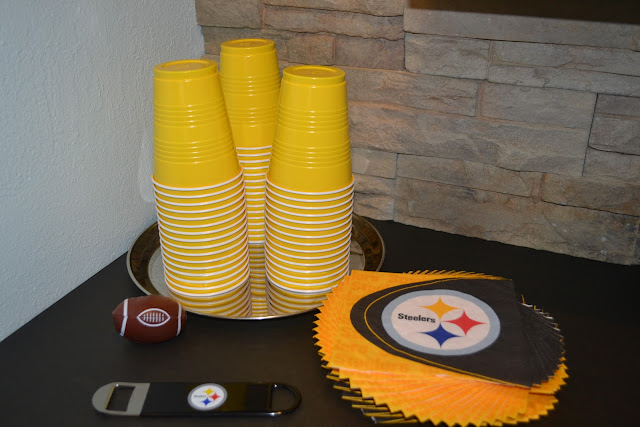 Terrible towels and Chipped Ham Sam! Oh yeah, there were 3 or 4 TVs, too. 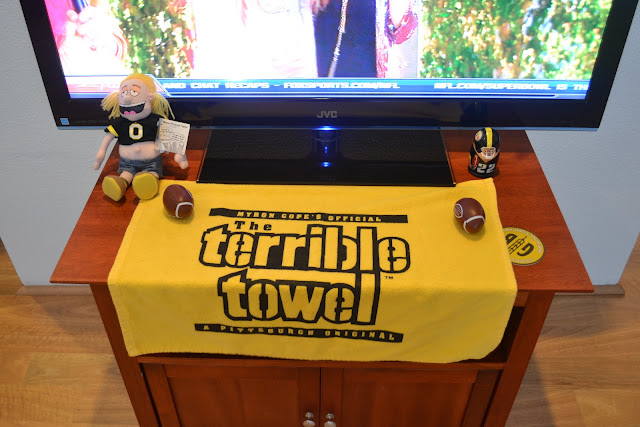 Just some of the snacks, note the Steelers coozie! It's probably my beer that I set down to take a photo :) 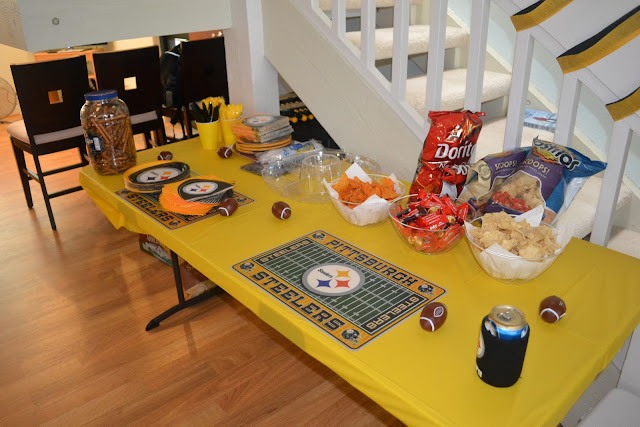 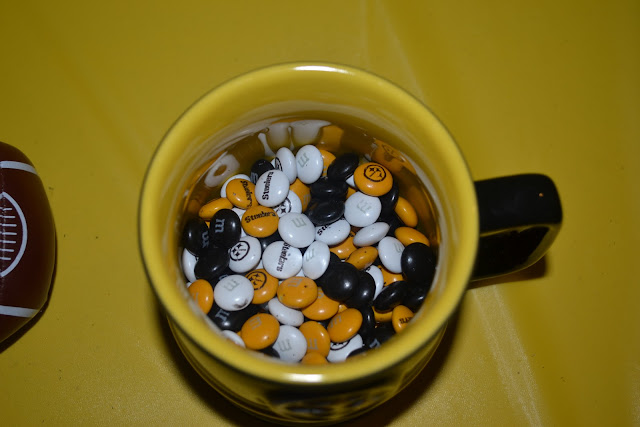 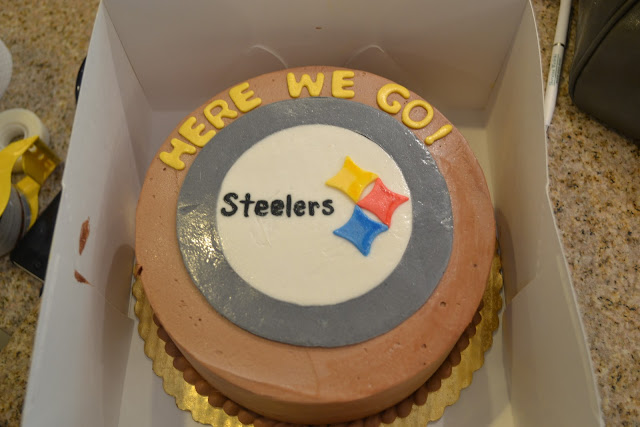 And, of course, pierogies (tons of them)! 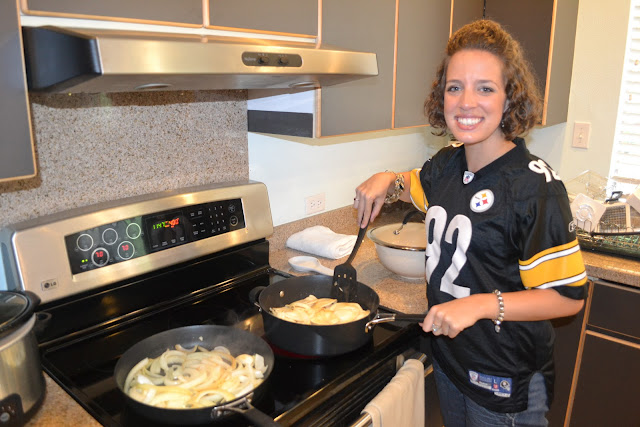 There was also a major production surrounding the Primanti's Sandwiches, which I also never told you about due to severe amounts of pouting and sorrow. We'll see how I feel tonight, maybe I'll finally get to telling you about it, just one year later.

So, I better go get ready for the party! I can't decide if I should wear normal and cute clothes, a Steelers shirt, or a Penn State shirt since the Patriot's assistant coach will be moving on to PSU after this game... such a boring dilemma/day compared to last year... and 2009, and 2006, etc! That's right - I'm still bragging! HAHA
Posted by Angela