Pizza Dip and the Super Bowl

Another year of football has come and gone. It was just an OK year for my Steelers. The highlight had to be beating the Pats and the worst part was, of course, losing in the first round of playoffs to the over-popularized Tim Tebow and the Broncos. This season marked a first for me personally, as I traveled to San Fran for my first ever away game! I'm not sure if I'll ever do that again. Plus, they wouldn't even keep the lights on for me. I went to my annual Christmas-time home game, too.

Needless to say, the SB wasn't a big deal for me this year. Unlike last year, I actually dressed like a girl and paid little attention to the game.

I also made a delicious pizza dip! I found a recipe in the new HGTV magazine and changed it quite a bit.

Pizza Dip with Sausage
feeds many!

I'm a wimp so I get the mild sausage! 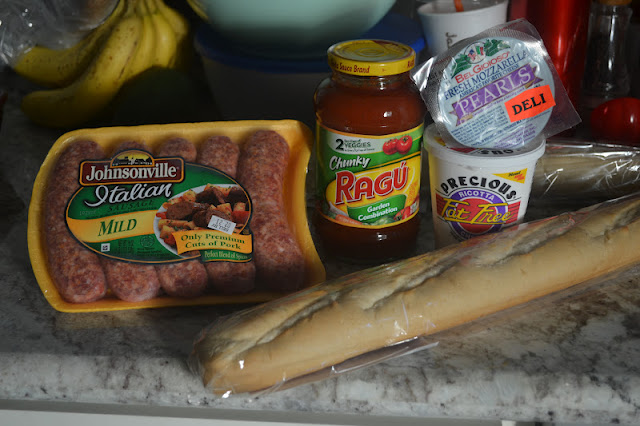 Remove the casing from the sausage links - this is much easier to do with kitchen shears than a knife! Separate the links into bits of your desired size. Brown the sausage in a skillet over medium-high heat. 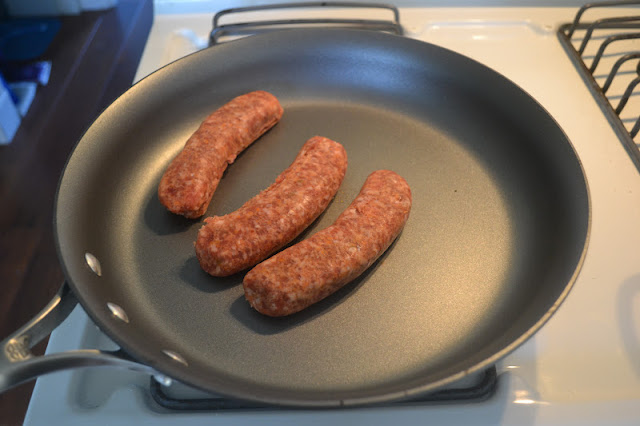 I like mine really crispy, as you can see! I drained the fat at one point, making for a much less greasy pan. 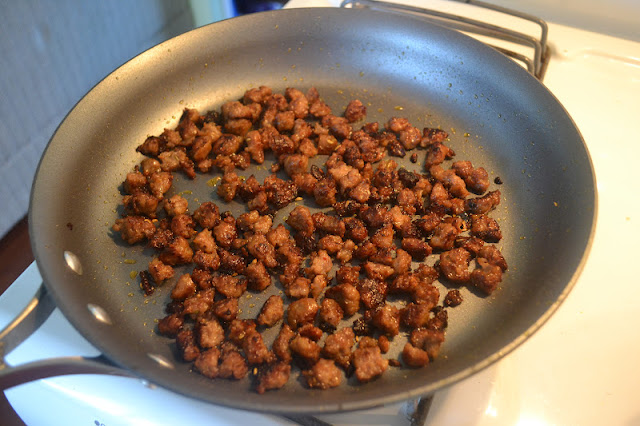 While you're working on the sausage, combine the sauce and ricotta cheese. Ricotta iceberg! 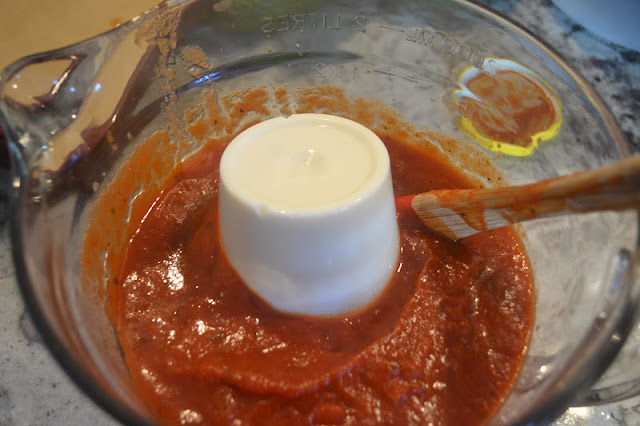 Once combined, pour the sauce/ricotta mixture into an oven-proof dish. I wasn't too diligent about breaking up the chunks of cheese since the whole thing is eventually going to get nice and melty in the oven. 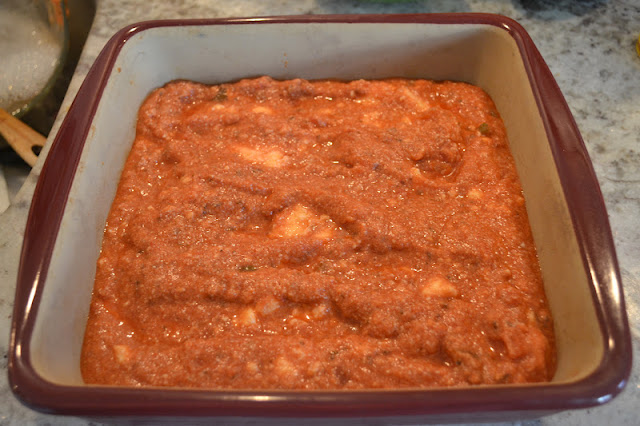 Mozzarella pearls are totally new to me! Bryce found them at the commissary and they were perfect for this recipe and saved me the hassle of cutting the cheese (haha). Just break them apart with your hands. 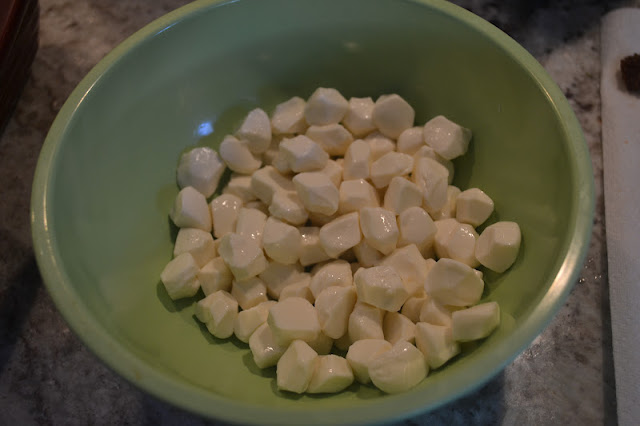 Top the dish with the sausage bits and mozzarella pearls. Don't they look like marshmallows? Ew! 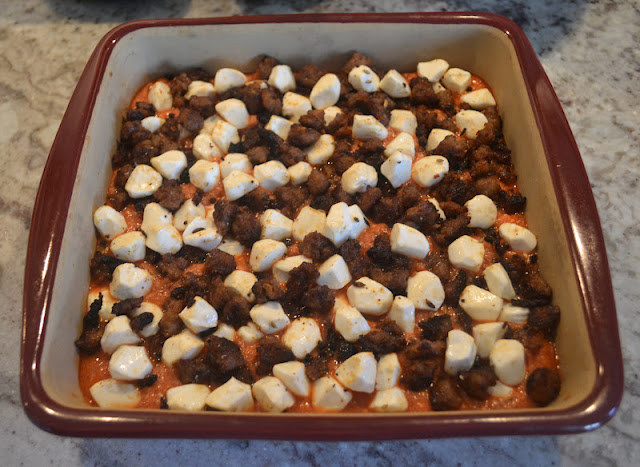 Now for dipping, you're going to need some little toasts. Cut the baguette into 1/2 inch slices, drizzle with EVOO, and toast in the oven until just lightly golden brown.

Since the party was at my cousin's house, we covered the dip and refrigerated it in the fridge, and later a cooler, before heating in the oven for 15 minutes at 350 degrees F. 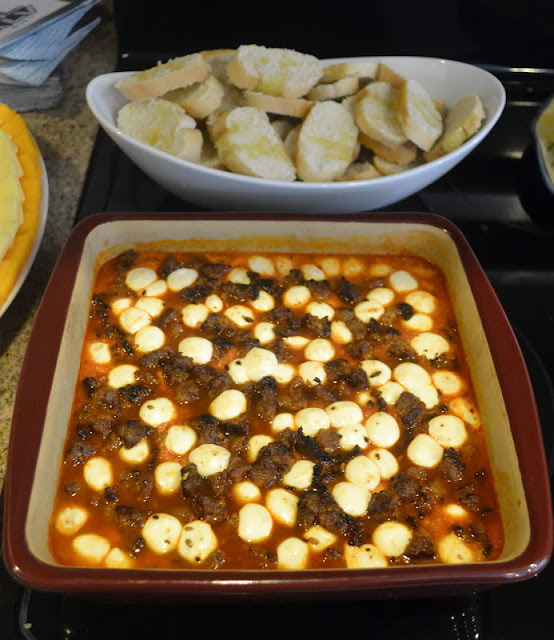 The sausage and mozz on top made it look a little funny so I mixed it up a bit and placed the toast nearby! 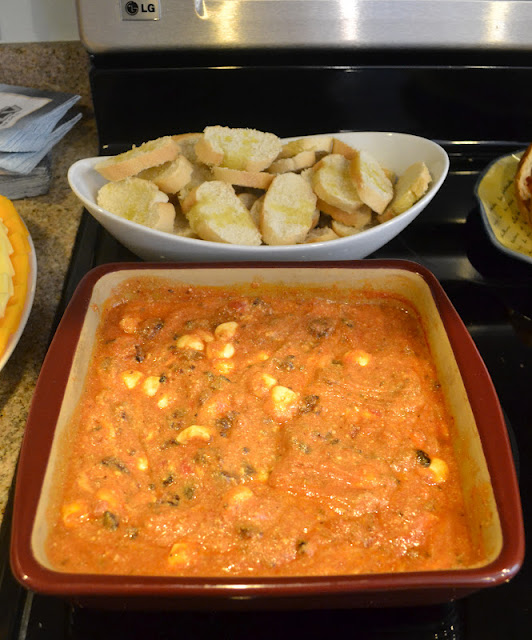 This dip was a hit at the party! The recipe is so simple and delicious. The combination of cheeses, fresh basil, and sausage crumbles was perfection. You can actually use any type of sauce, cheese, or favorite pizza topping - helloooo black olives!

This scrumptious dip was not alone in the fun food & drink category! 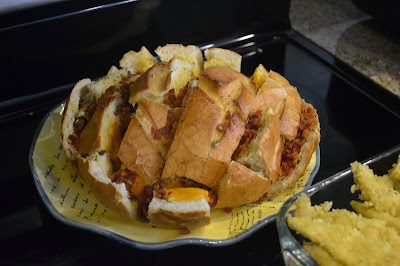 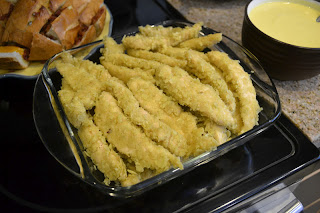 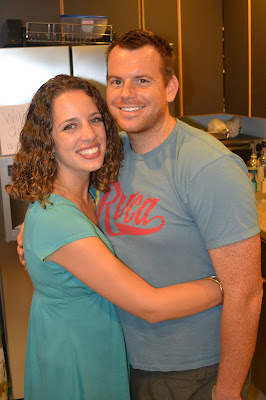 Until next year, NFL.
Posted by Angela