On August 14, 2008, I went on my first real "grown up" date - which meant dinner at a nice restaurant and drinks (legally).  [Remember, I was only 22 and fresh out of college at the time!]  Bryce and I had met a couple weeks earlier and he asked to take me to dinner.  Ummmm yes please, cute guy!  He chose the restaurant, Uncle Bo's.  I asked the girls at my office if they knew the place.  They did and they warned me: "It looks like a chicken shack from the front, but don't be scared it's really nice inside!"  That statement couldn't be more true.  The restaurant is located right on a busy street and is painted yellow and red, yuck!  Inside it's very classy, trendy, and fun :)  It's nothing like a chicken shack.

The first date was great, thankfully!  Now here we are, just one day shy of 3 years later!  We decided to celebrate year #3 with another dinner at Uncle Bo's last night.  We enjoyed drinks, pupus (appetizers), and dessert!

I never had escargot before and decided that it was time to snack on snails!  Uncle's escargot are broiled with garlic butter and melted mozzarella. 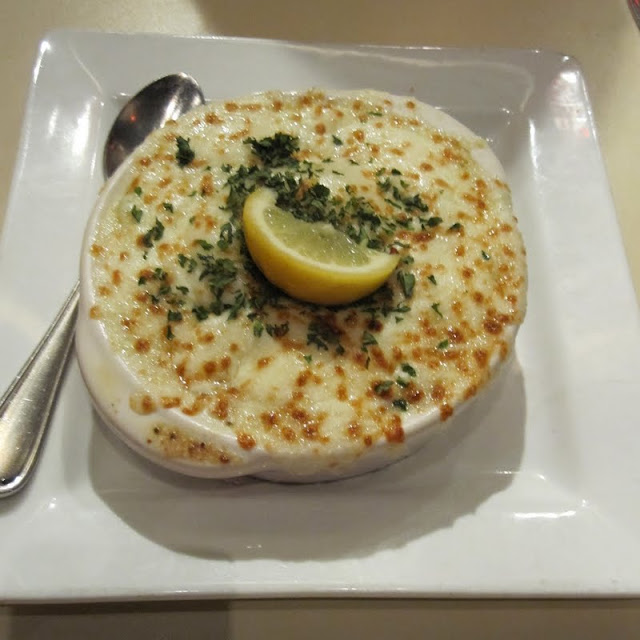 Escargot ended up being much tastier than I expected!  To be honest, it felt like I was eating a mushroom doused with cheese and butter.  Wouldn't anything be just as delicious prepared as such? 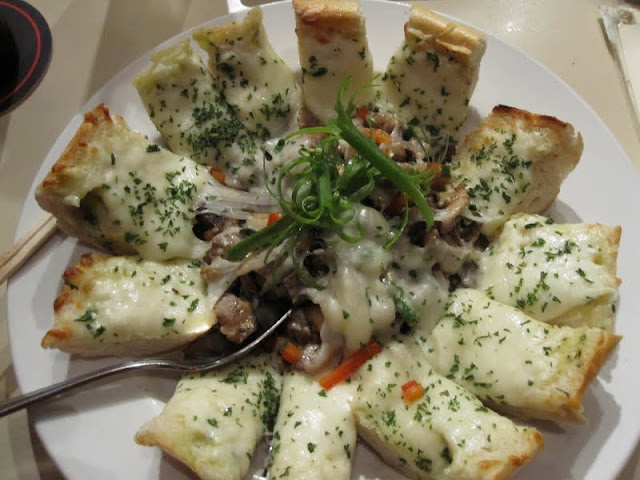 Our third and final pupu was clams.  Thai-Style Steamer Clams to be exact - a pound of sweet Manila clams simmered in a chili & garlic oyster sauce.  We decided the arrival of the clams signaled the perfect time for awkward solo photos!  Here's Bryce :)  Just as handsome as he was on our first date.  Although, this time he didn't get hit on by the waiter! 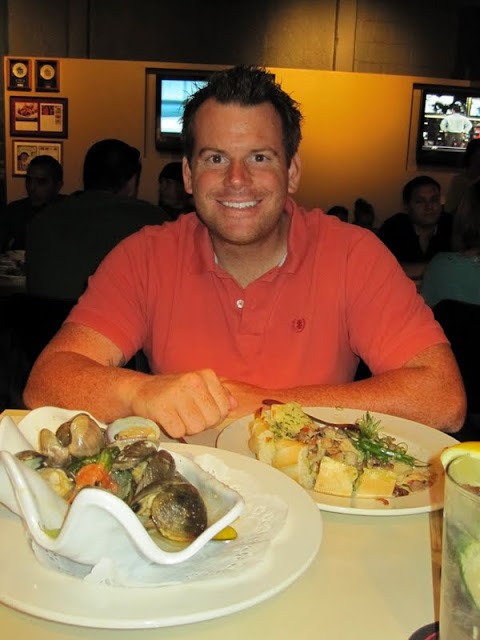 My turn!  The booth option is always best, isn't it? 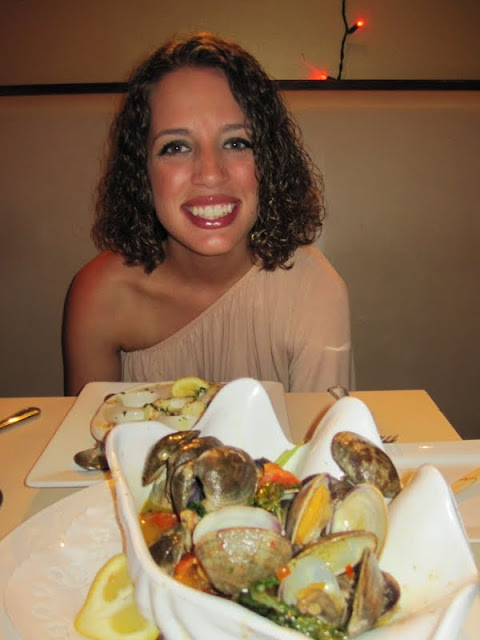 I'd rather not comment too much on the clams.  At one point Bryce discovered a hard particle in his mouth.  It took 10 minutes to decide if it was his tooth or sand/shells from the clams.  Thankfully it was not his tooth so we decided to STOP eating the clams and move on to dessert!

One of the sweet things (pun intended) about Bryce and I being together is that we always agree on dessert because we're both choco-holics!  A single glance at the dessert menu and we knew the OREO Haupia (coconut) Mud Pie with Kona Coffee ice cream was just for us.  What can I say?  First dates or desserts - when's something is right for us, we just know! 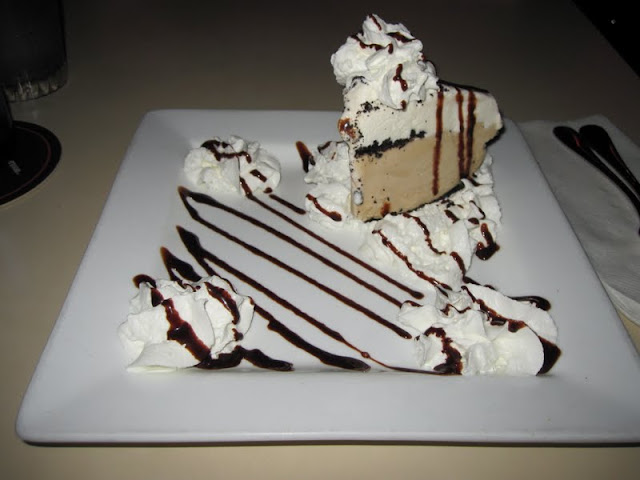 It was heavenly!   The white layer at the top is haupia, the Kona Coffee ice cream is the larger, tan layer on the bottom, and the OREO separates 2 layers and makes up the crust.


Waitress, I know it's Friday night and you're busy with 6 tables, but can you please take our picture? 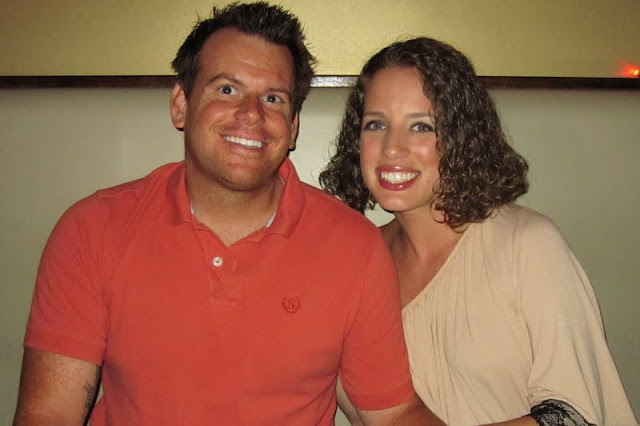 Now, let's get to the presents!  (The striped and blue one are for Bryce and all the pink ones are mine!) 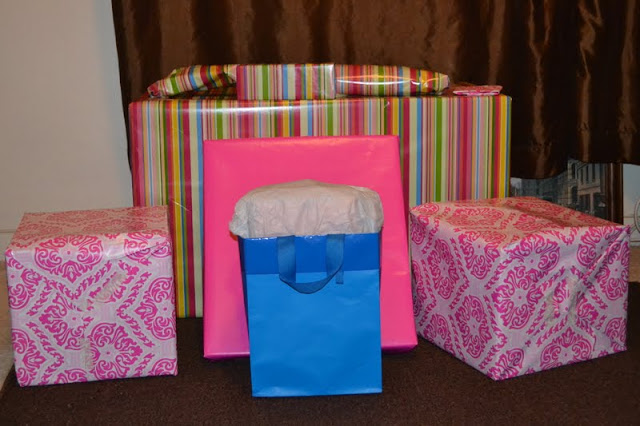 Drum roll please... I am now the proud owner of 4 new Le Creuset items!  What a lucky girl :)  That's the mortar and pestle, the stock pot, the utensil crock, and the cast iron grill pan!  The grill pan is particularly interesting because... 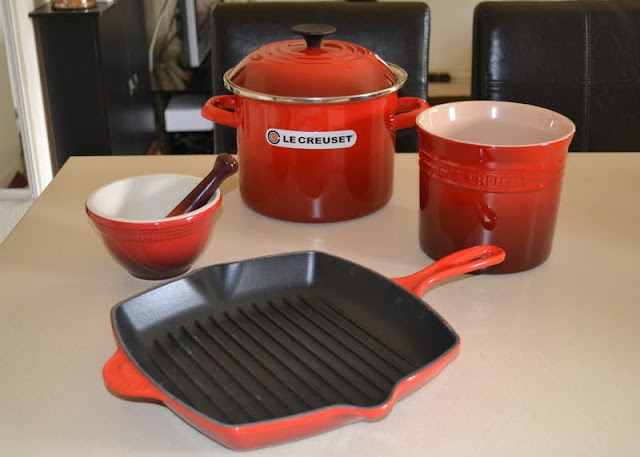 I bought Bryce a grill!  (giggles)  Well, now we can grill inside OR outside.  As you can see also he got a grill spatula that's twice the length of the grill, 4 Williams Sonoma spice rubs, 2 sets of grill bags, and patriotic napkins and a tablecloth! 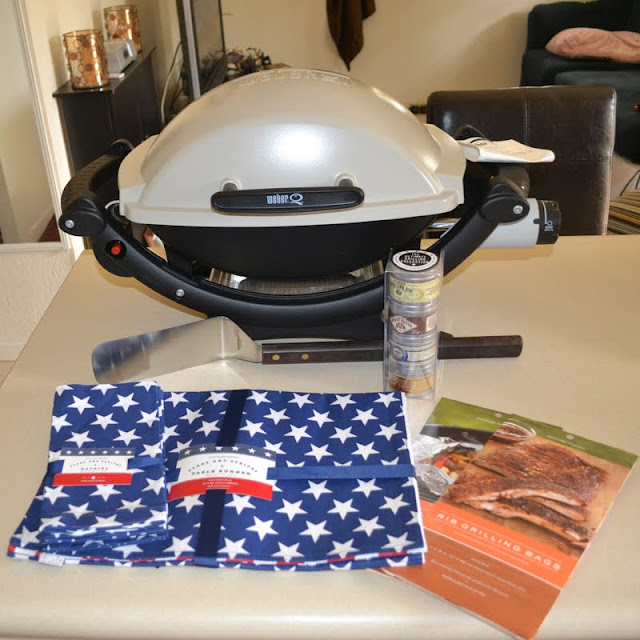 There will be so much cooking going on here during year #4 it's going to be insane!  What says love more than food?  If you have a real answer for that question let me know what it is and I'll quit this blog immediately and start blogging about what-ever-it-is-that-says-love-more-than-food!
Posted by Angela