After consuming 16 boxes of Trader Joe's Australian Strawberry Licorice that I had shipped to me by mail from various relatives living near a TJ's store, I finally made it to a Trader Joe's Store for the very first time!  My Mom thought I was insane (more than usual) when I added a grocery store to the list of things to do during my short visit home to Pittsburgh.  She, My Sandy, and I braved the nasty Pittsburgh heat and humidity and went to Trader Joe's!
They even painted this cute welcome sign, just for us! 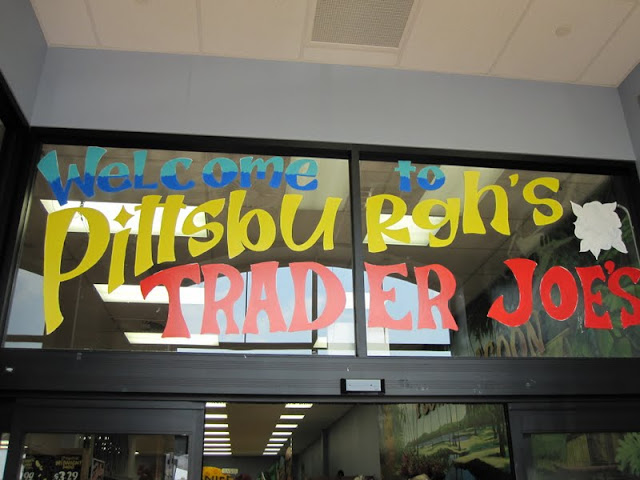 I, too, questioned my sanity - wondering if I'd be experiencing a typical, cookie-cutter, chain store after all the building anticipation.  Trader Joe is a clever one and the store SCREAMED Pittsburgh!  I was in Burgh, and food, bliss.
Steelers emblem in the wall, 6 Lombardi trophy's above, Steelers clock... awesome!  Also, I'm sure there's no other TJ's in the world with 6 Lombardi's!  Had to throw it in there :)  WOO HOO football is back on! 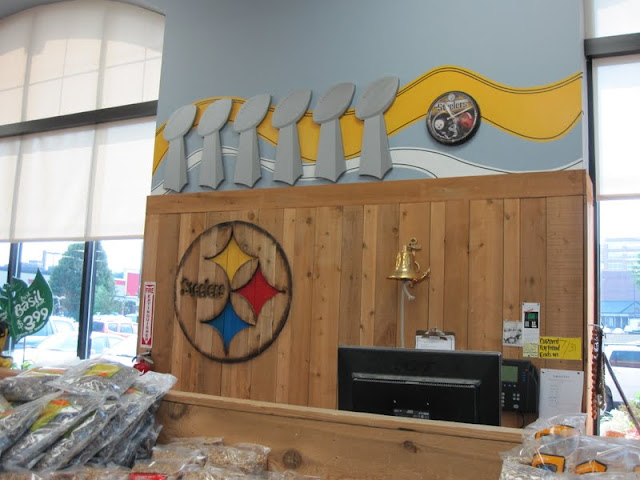 Much of the decor in the front of the store is beachy-fun and there are several parrots.  This particular parrot is a Pittsburgh Pirates fan and his little ball cap made me laugh out loud!  Does that make him a Pirate Parrot, too? 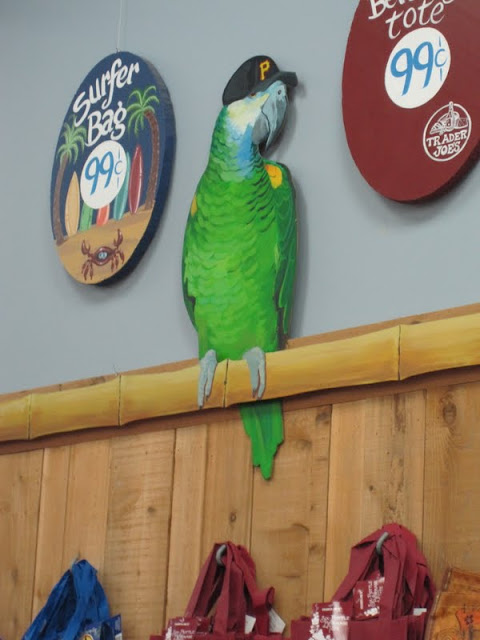 2 of 3 Burgh sports teams - covered.  Next up, bridges!  They're everywhere around tahn and around TJ's! 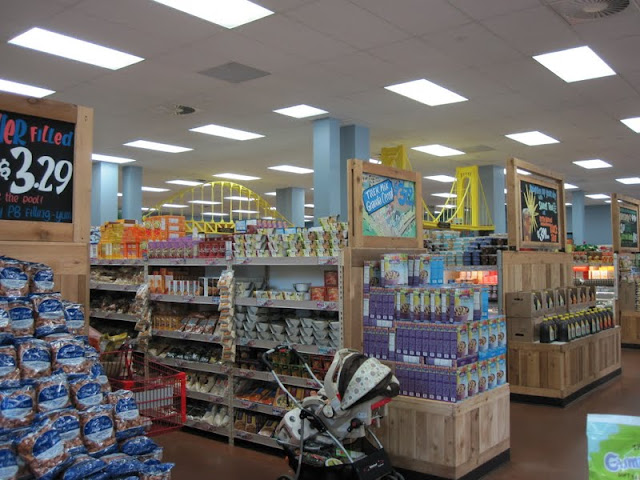 They're even labeled!  Here's the 16th Street bridge, how cute? 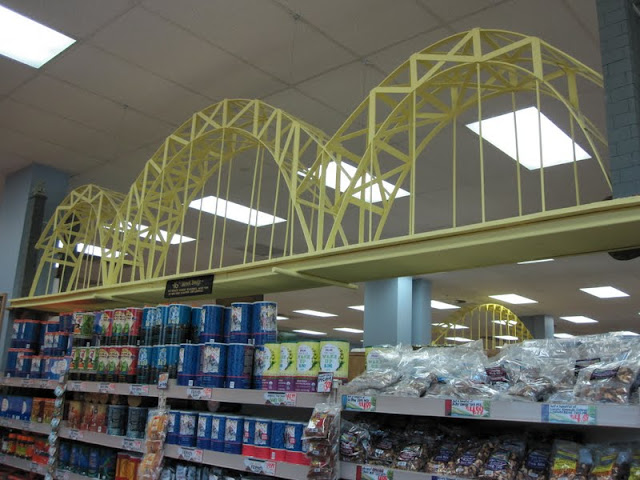 The Fort Pitt bridge.  This bridge is my favorite - if I'm on it that means I'm either on my way to the cabin or to Penn State! 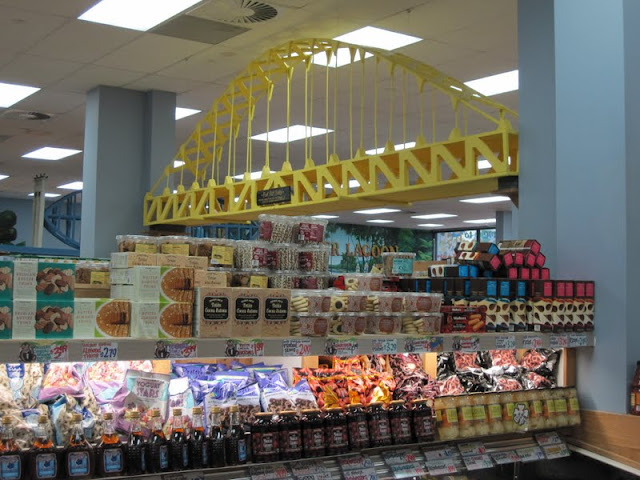 The 9th Street Bridge.  This one is next to PNC Park and actually got a great photo of the real bridge at a Pirate's Game.  Want to see? 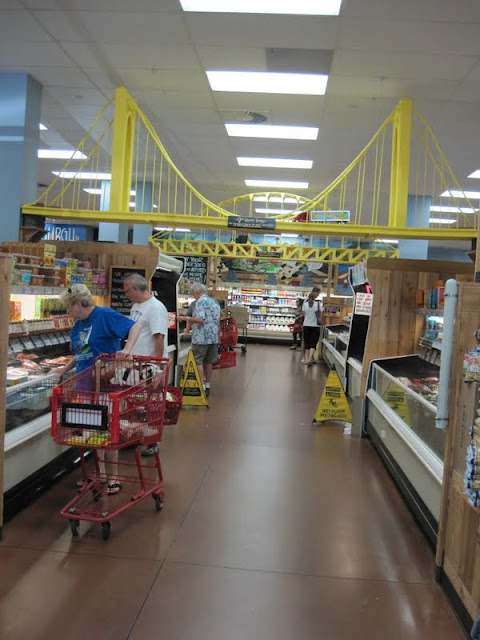 I thought you did :)  Here's the 9th Street Bridge at night.  Pittsburgh is so charming! 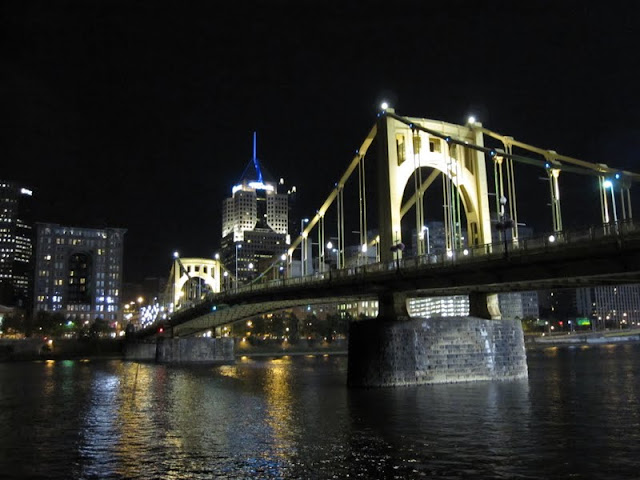 The unique Smithfield Street bridge is in the produce section!  Speaking of unique - do you see all those tomatoes there on the bottom shelf? 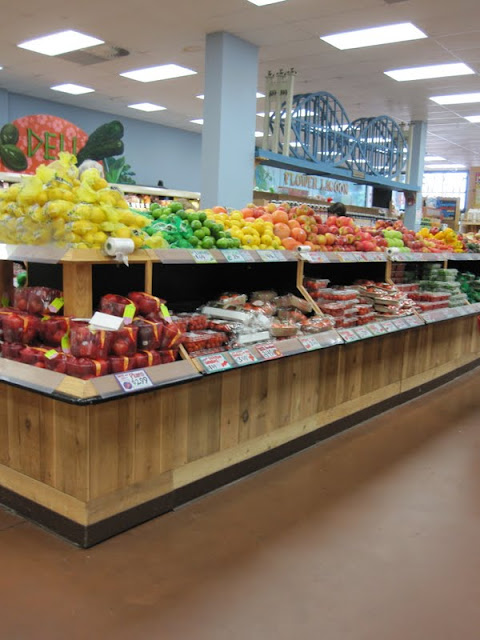 That's where I found these Brown Tomatoes!  Have you ever seen or heard of them, or made anything with them?  I didn't have time to experiment in the kitchen while I was home and passed on the opportunity to have my very own Brown Tomatoes. 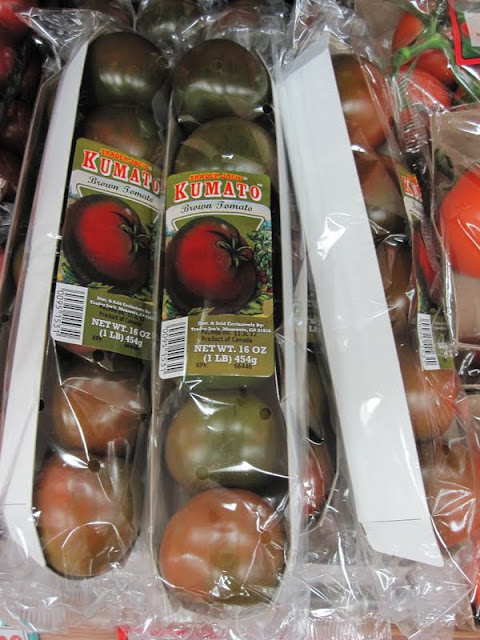 This baked goods sign, made to mimic the point where the 3 river meet downtown, is so fabulous!  I'd buy one for myself if it were an option!  The pie fountain is the best part. 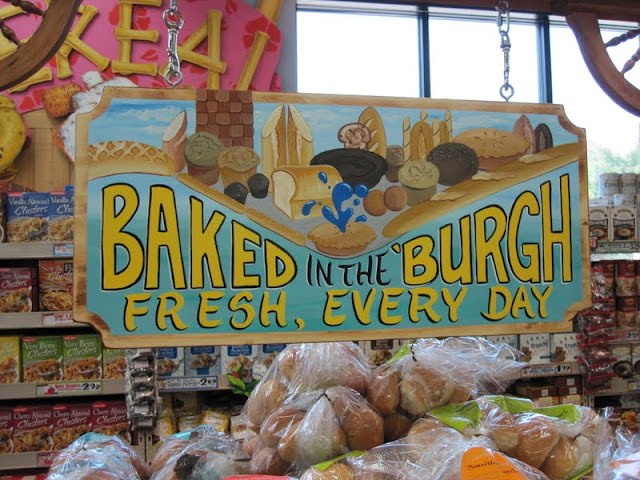 I bought one of the skinny baguette loaves from the side and made strawberry, feta cheese & mint bruschetta with it!  I took a picture, but... it's better left up to your imagination :)  It was delicious, although not pretty. 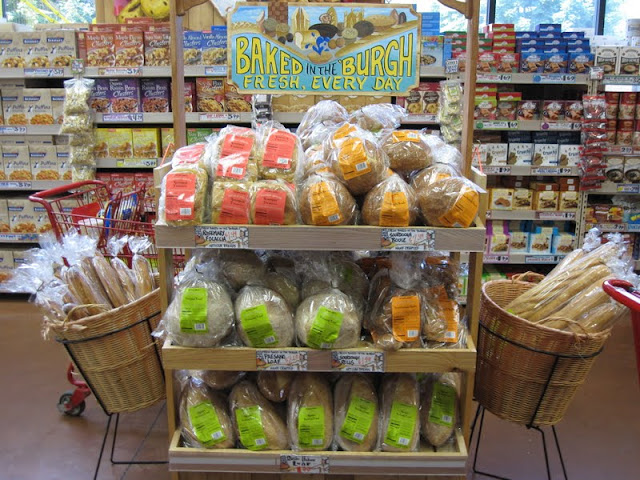 We got some chocolate covered blueberries, green figs, and these dried green beans.  They were just ok, I wouldn't buy them again. 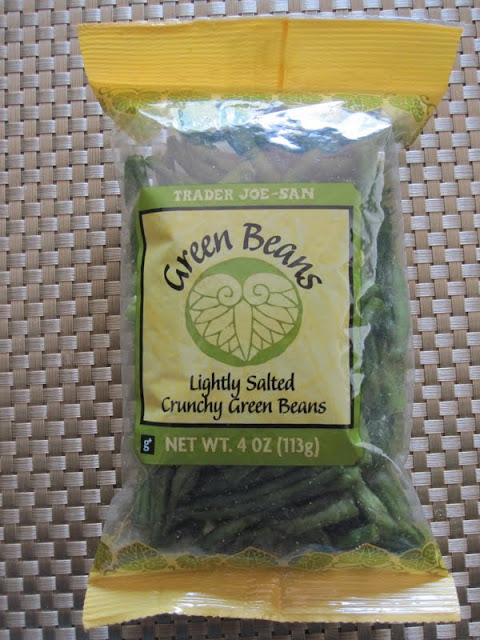 This garlic naan bread was so good!  I topped it with hummus or cheese and put it in the toaster oven for a minute, YUM! 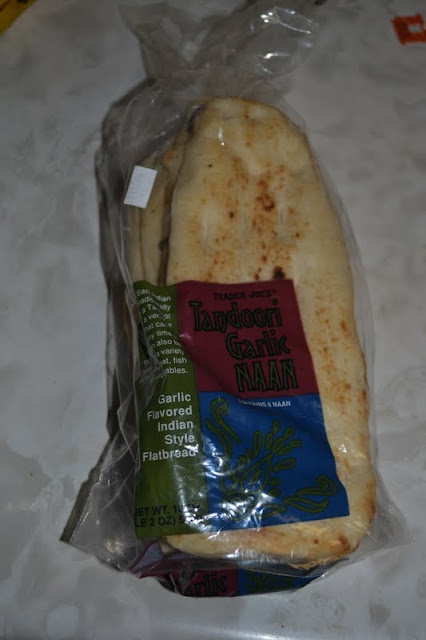 Trader Joe's was even better than I expected, overall!  The prices were very reasonable, too.  I was sad that I barely got to eat any of the food I bought from TJs and wish Hawaii could get our very own store!
Posted by Angela