Aloha friends! It's been a while, hasn't it? We've had more visitors than we can count over the past few weeks and months. Between house guests Bryce and I managed to sneak off to a nice dinner to celebrate our 2nd wedding anniversary at Agrodolce, known for their Organic Sicilian Cuisine. We went to Sicily on our honeymoon, right around our first anniversary, so it was more than appropriate. 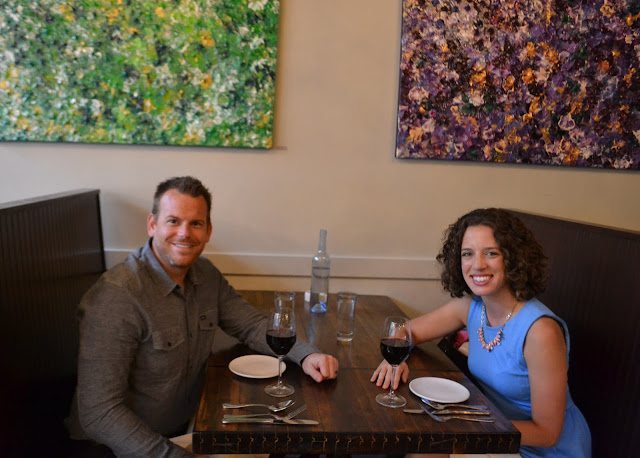 Agrodolce is located in the neighborhood of Fremont and is the sister restaurant to the Golden Beetle, where I celebrated my birthday last year. Both the store front and the street that Agrodolce is set on are too-freaking-cute. 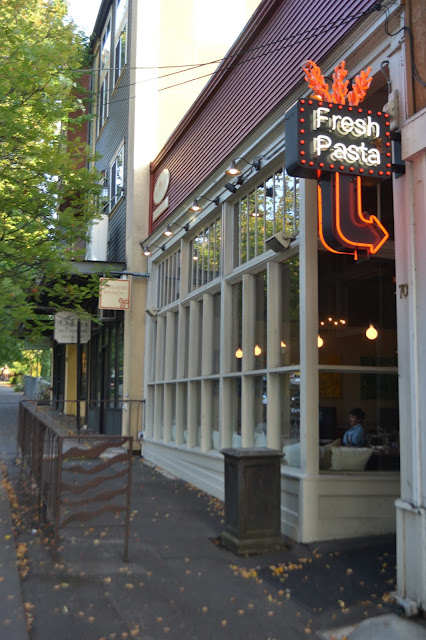 We made an early dinner reservation and the place was nearly all ours, with the sun shining through the huge windows, for quite some time! It was lovely. Yep - I'm an old married lady - I just spoke about sunshine and said 'lovely.' 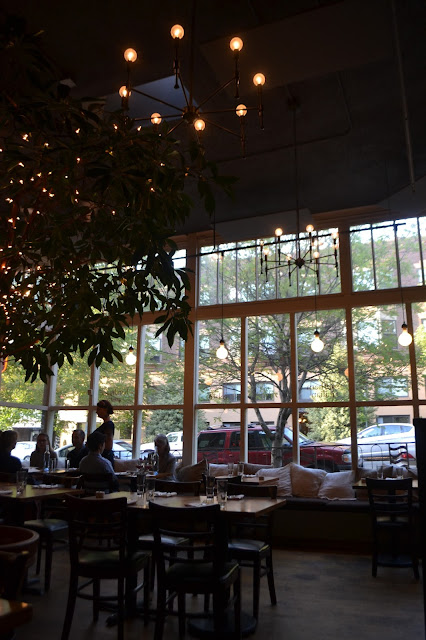 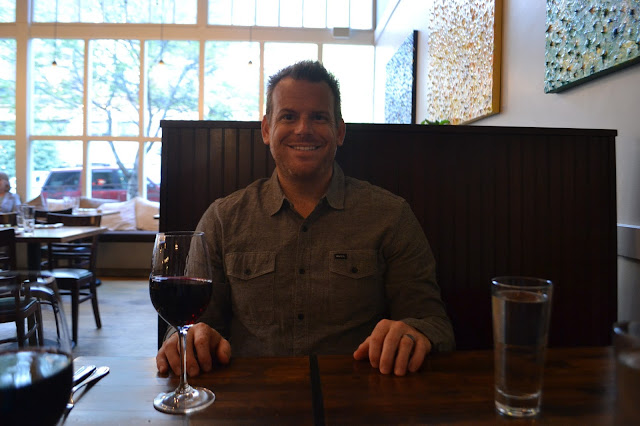 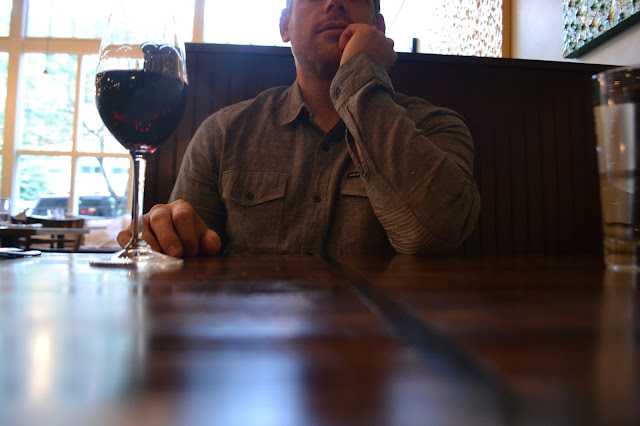 Oh yes, I was there, too! I loved the artwork on the walls all around Agrodolce but, most especially, the multicolor painting seen behind me here with a funky clear chandelier. So. Much. Fun. 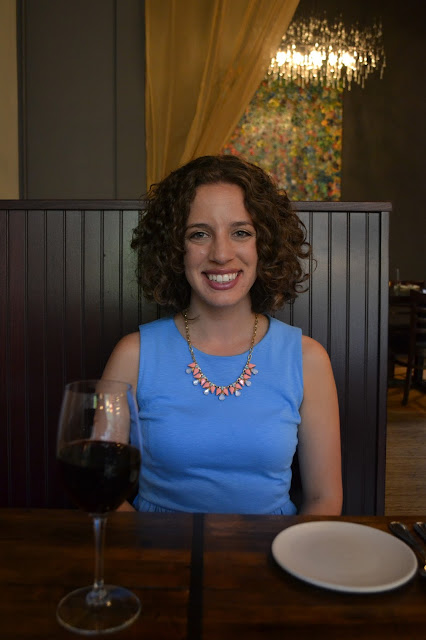 Yeah, the married lady is now talking about decor. Have I mentioned that we're also new homeowners? I bet you can't tell. Let's get to the grub!

Bryce began with the grilled bruschetta with summer (eggplant) caponata, toasted pine nuts, and ricotta salata. He "doesn't like eggplant" and he ate every last bite of this dish! During our cooking class in Sicily we learned to grill bread for bruschetta, rather than toasting it, and it's infinitely better grilled, I promise! It's slightly crispy on the edges and the middle remains soft and chewy. 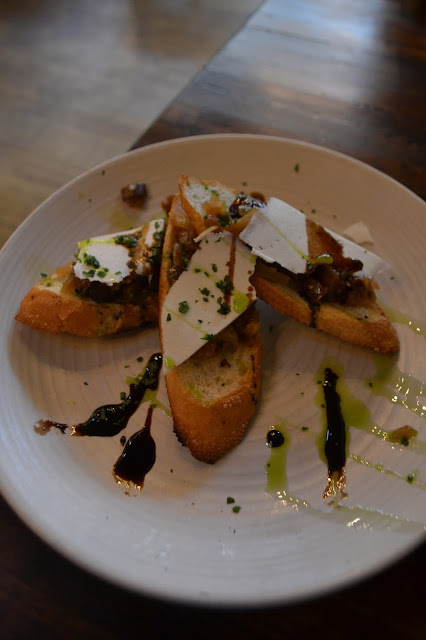 The chilled heirloom tomato soup with Washington peach, shaved fennel, and black sheep creamery brebis was chilled, refreshing, and so delicious. Soft cheese, thin slices of fennel, and olive oil floating on the top of the bowl made for a perfect texture combination. I could have eaten a bathtub full of this soup! 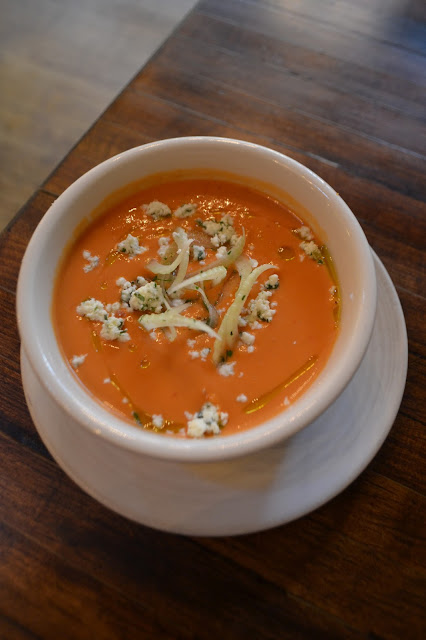 From the hand made pasta options Bryce and I chose the ricotta cavatelli with marsala braised wild boar, fennel, and oil cured olive. The cavatelli was so soft and tasty and the boar and olives gave the dish a great salty zip. The leftovers the next day were even better! 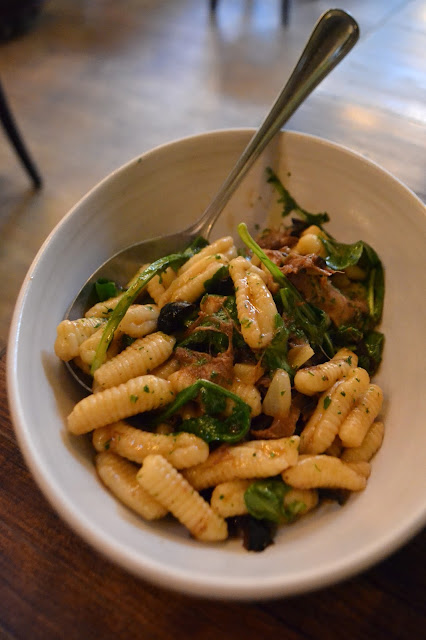 While I generally don't order chicken in restaurants, our secondi dish was the roasted half chicken with pecorino risotto, grilled fresh figs (!!), fresh arugula, and grilled shallot vinaigrette. It was ah-ma-zing. The chicken was so tender with some nice, crispy skin on top. The risotto was creamy and comforting. Bryce doesn't care too much for figs (truly. not like his aversion to eggplant!) so I got to eat both of the bites of heaven myself. 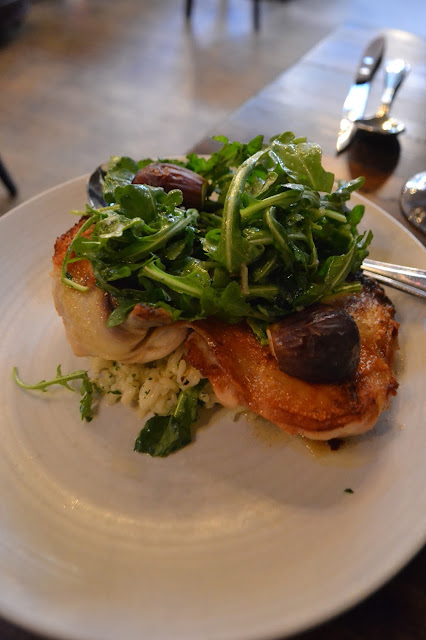 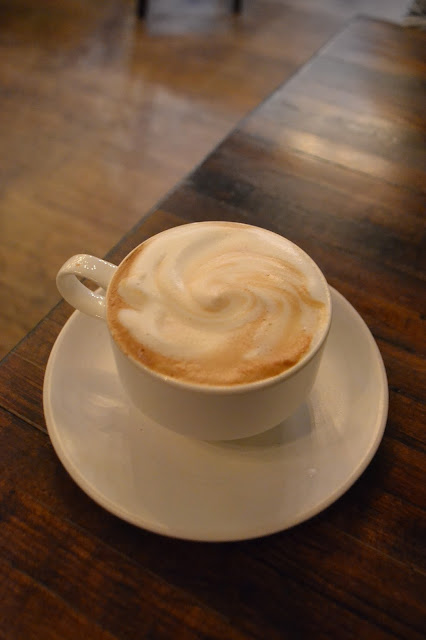 Sharing, I'm told, is a requirement of marriage. 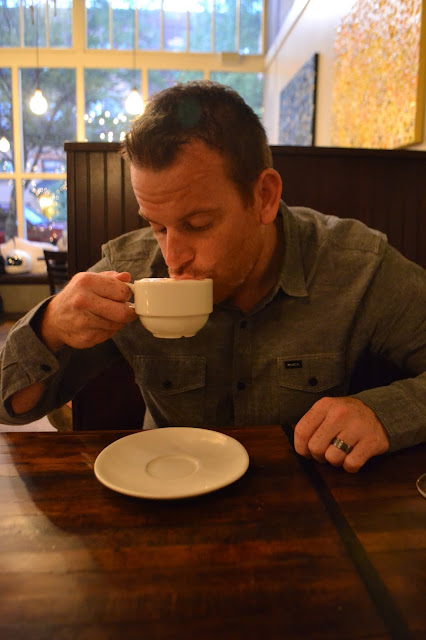 And now, for the main event, the best cannoli we've ever had. When Bryce took the first bite he declared that it was the best cannoli he's ever had. I was immediately MAD. Our family recipe for cannoli trumps any we've had in America, Italy, and even Sicily. I ate crow, along with this wonderful cannoli, just a few moments later and I fully agree with Bryce's conviction. The chocolate ricotta filling was rich, but not too sweet. Both ends were loaded with chocolate chips and the candied orange was tangy and soft. The real deal breaker was the thin and crispy shell. Its texture was like delicate like a potato chip and the crunch was purely perfection. 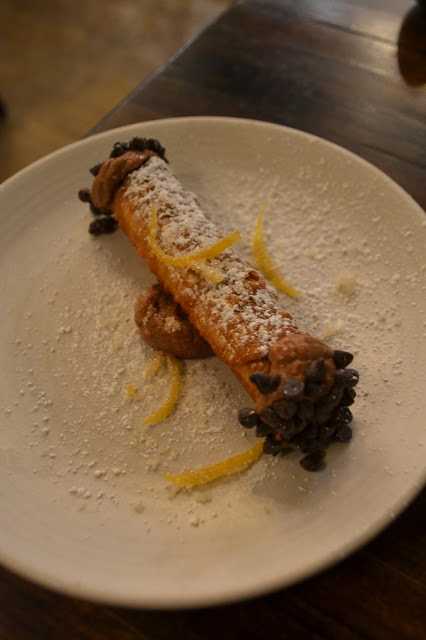 Our dinner was delectable and the celebration was low-key. It was awesome!
Posted by Angela