Last week was my birthdayyyy! I think it's about time I stop blasting my age all over the place so let's just say I'm twenty-something.

It's so secret how much Bryce and I love, love, love our new neighborhood of Ballard (in Seattle) and the Golden Beetle restaurant is just around the corner from our apartment. 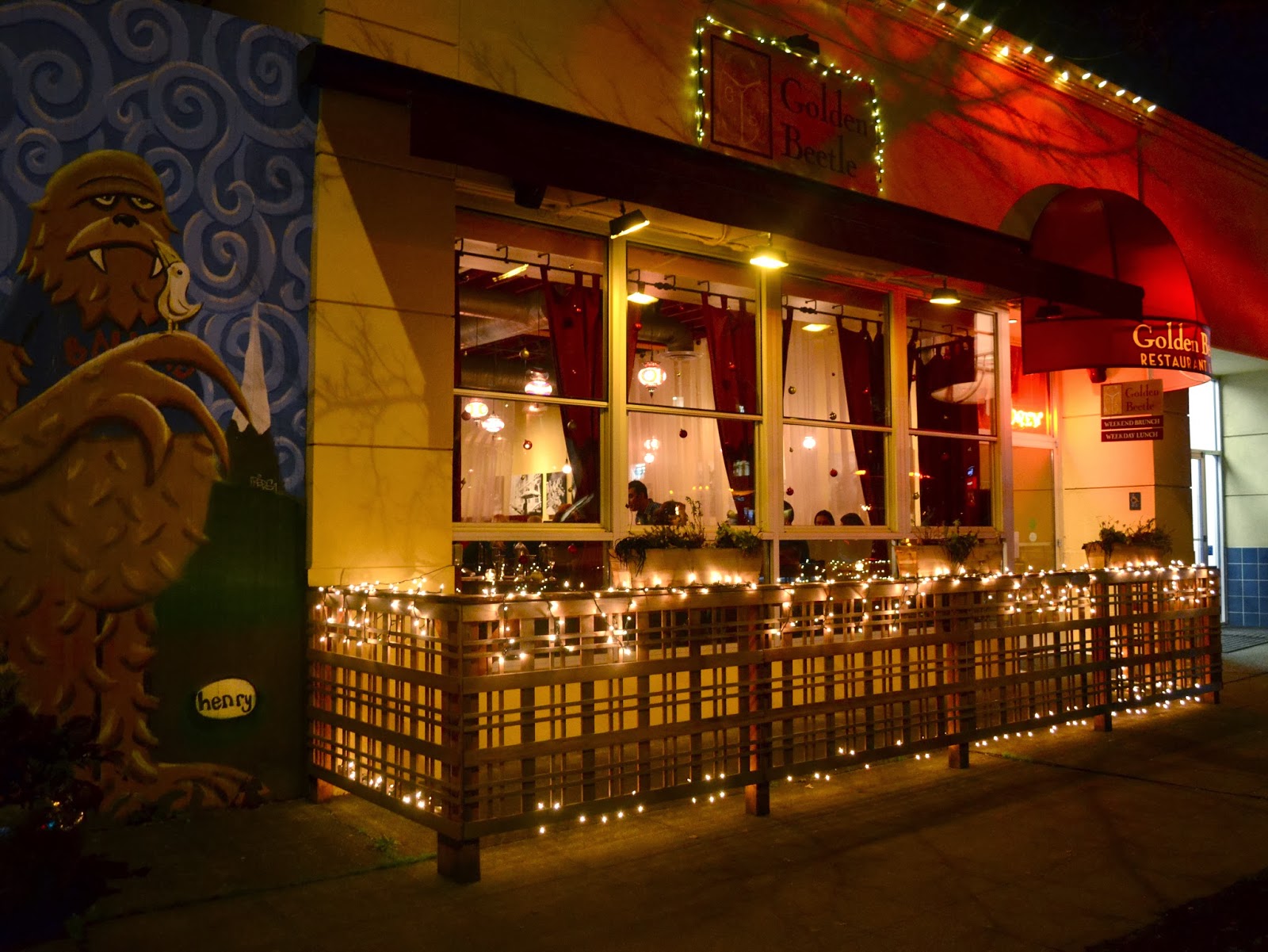 Marina Hines is the mastermind chef behind the Golden Beetle and we'd eaten at Tilth, another of her babies, back in October. Oh - I never told you about that one? I'll put that on the list!

Since the celebrating was that of this bossy Capricorn, I got to pick all of the dishes. We picked a bunch of small plates and a pizza to share.

First up was sunchoke soup. I'd recently discovered sunchokes at a farmer's market where I mistakenly thought they were ginger! It was creamy, comforting and delicious at the best bites included both the cilantro and sunchoke chips. The flavor was unlike anything I've ever had before and it is something I won't soon forget. Sunchokes bring it because I'm on to you! 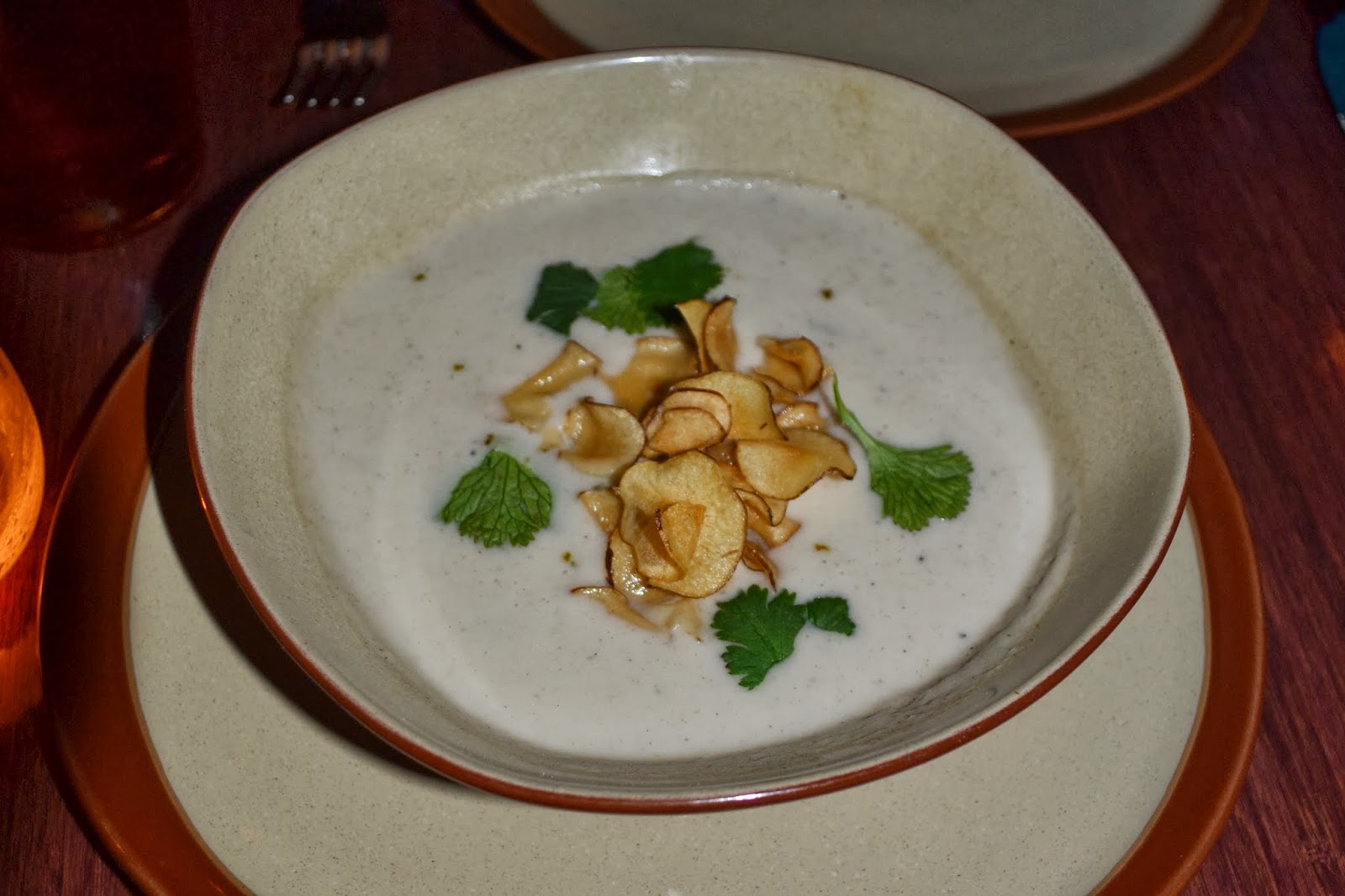 The Yelp reviews all hail the french fries at the Golden Beetle. They're cooked in beef fat so, yeah, of course! Hot, starchy, salted deliciousness. 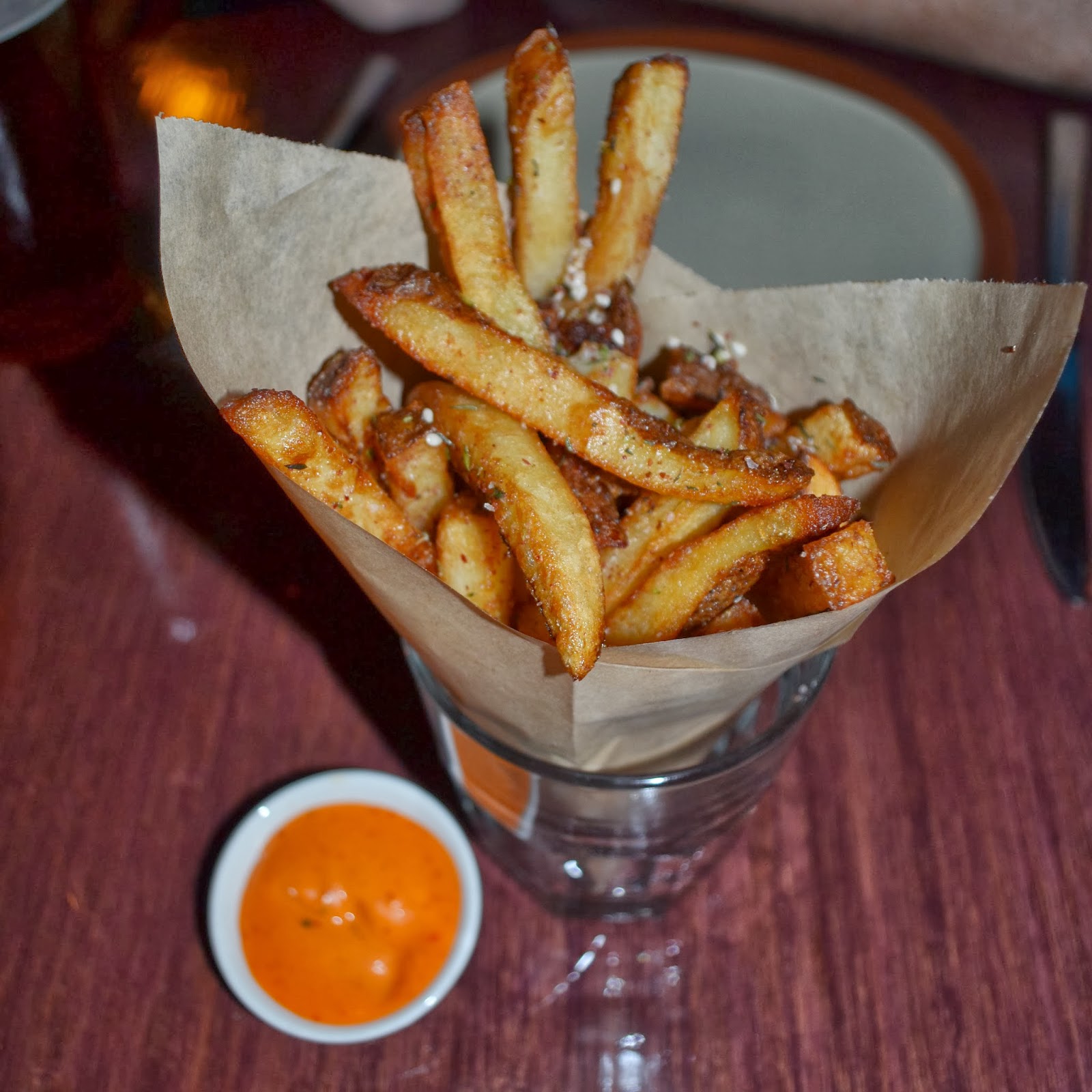 A salad with a cheese to greens ratio of this measure can't be beat! The halloumi cheese is grilled before gracing the greens with it's warm, cheesy presence. The pears were cut into perfect little cubes which provided great texture and crunch, plus made it really easy for stabbing them with a fork. 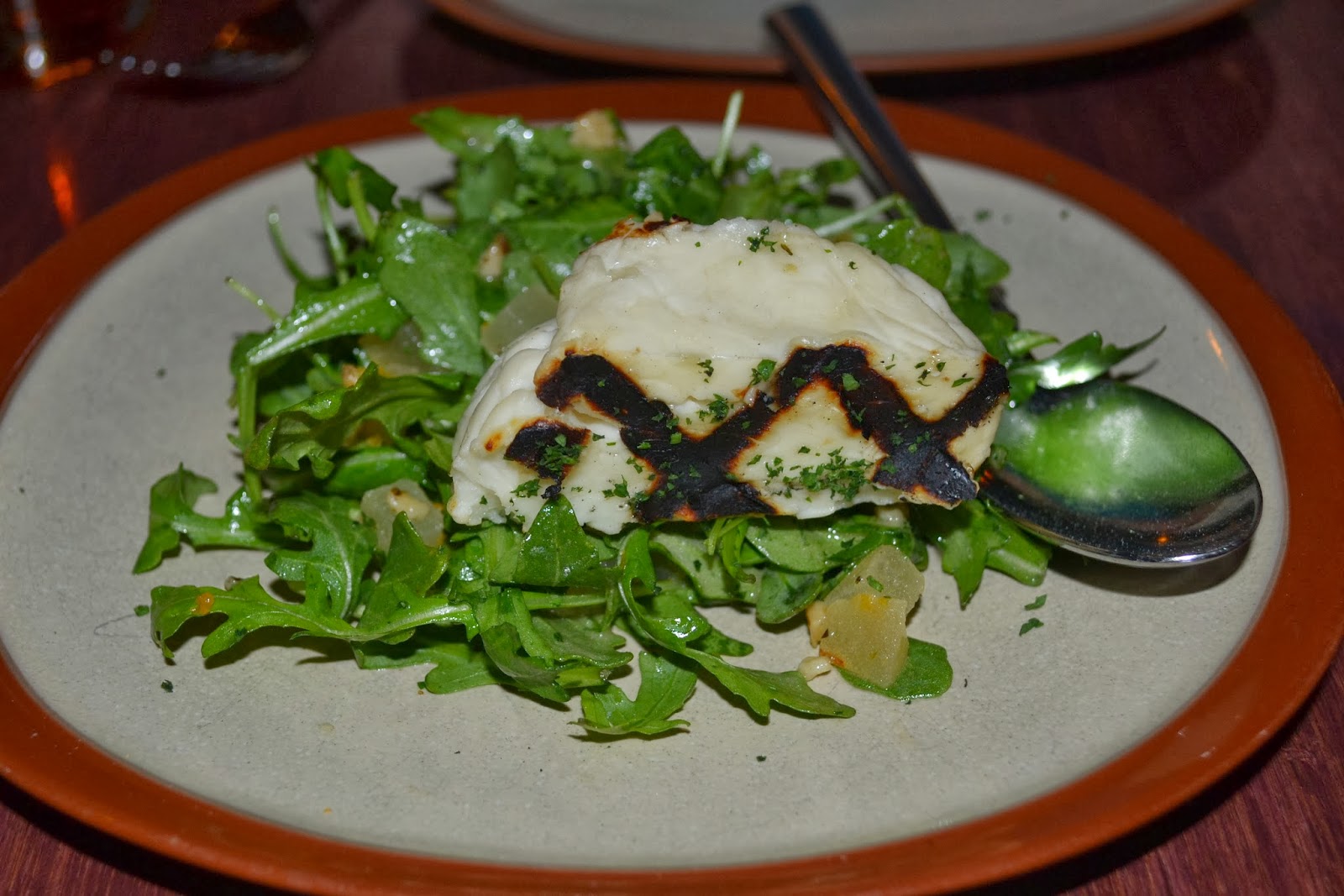 Falafel is one of my favorite things and the Golden Beetle is a Mediterranean restaurant so it was a must. Bryce likes but doesn't love falafel and he said these were the best he's ever had! Any street food done in an upscale restaurant is always worth a try. 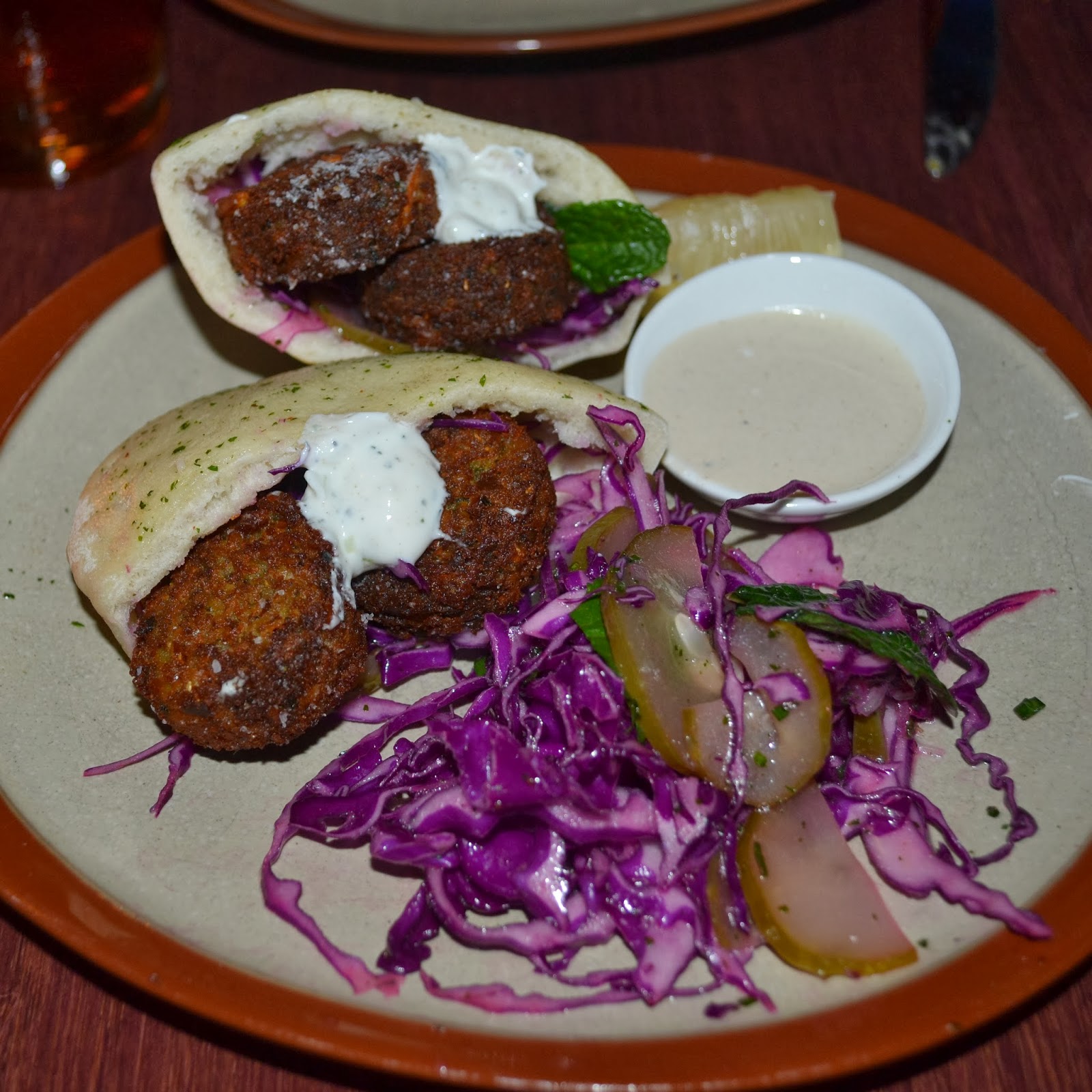 When our pizza arrived I was stunned. The goat cheese and pear pizza with olive spread was the most beautiful pie I've ever seen. The crust was braided even more beautifully than any 90's hairstyle or friendship bracelet! We spread the dollops of goat cheese across each piece before devouring. 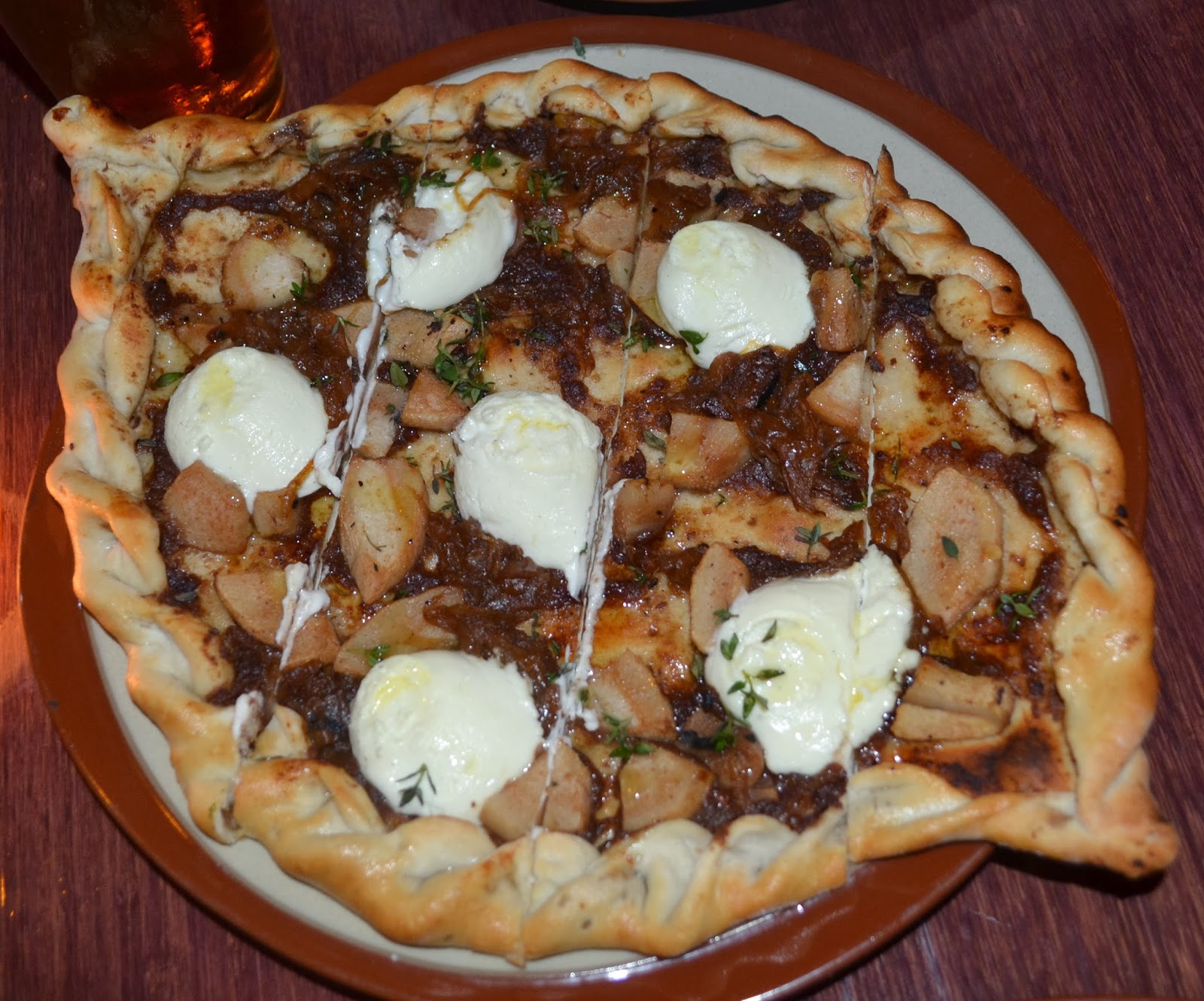 Because I'm on the mailing list, dessert was on the house. Yippie! Lemon desserts are mah thanggggg so I couldn't deny the lemon curd pudding cake. It was tangy, light, and fluffy with a homemade shortbread cookie and pomegranate seeds. Ooh - and a candle! Nobody sang, my age wasn't published, and the meal was incredible. What more could I wish for? I can't tell you, of course! 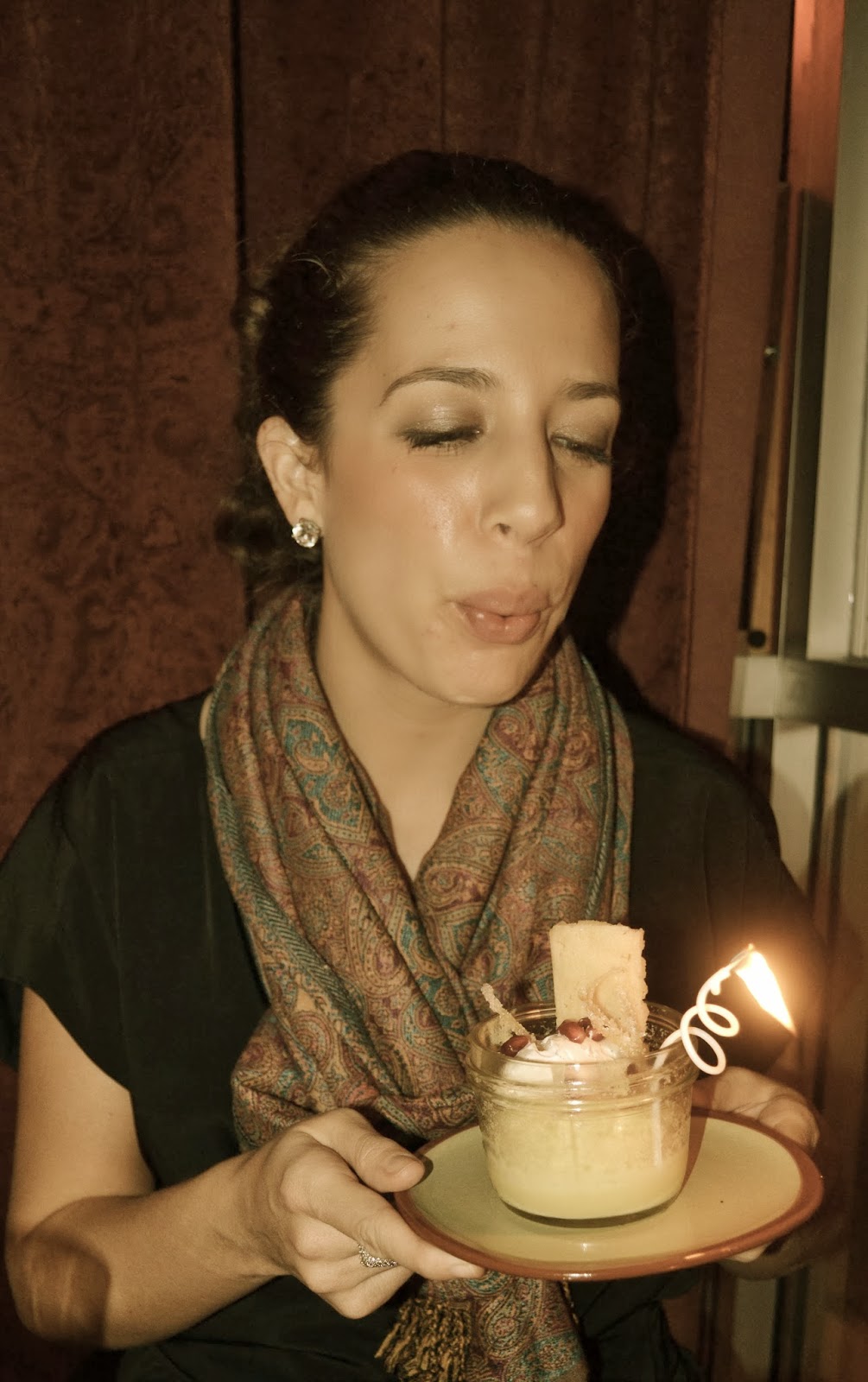 It was a wonderfully delicious and low key birthday celebration. It was the first of its kind, being that I'm now a wife and resident of a new state, but it felt comforting and wonderful just the same. 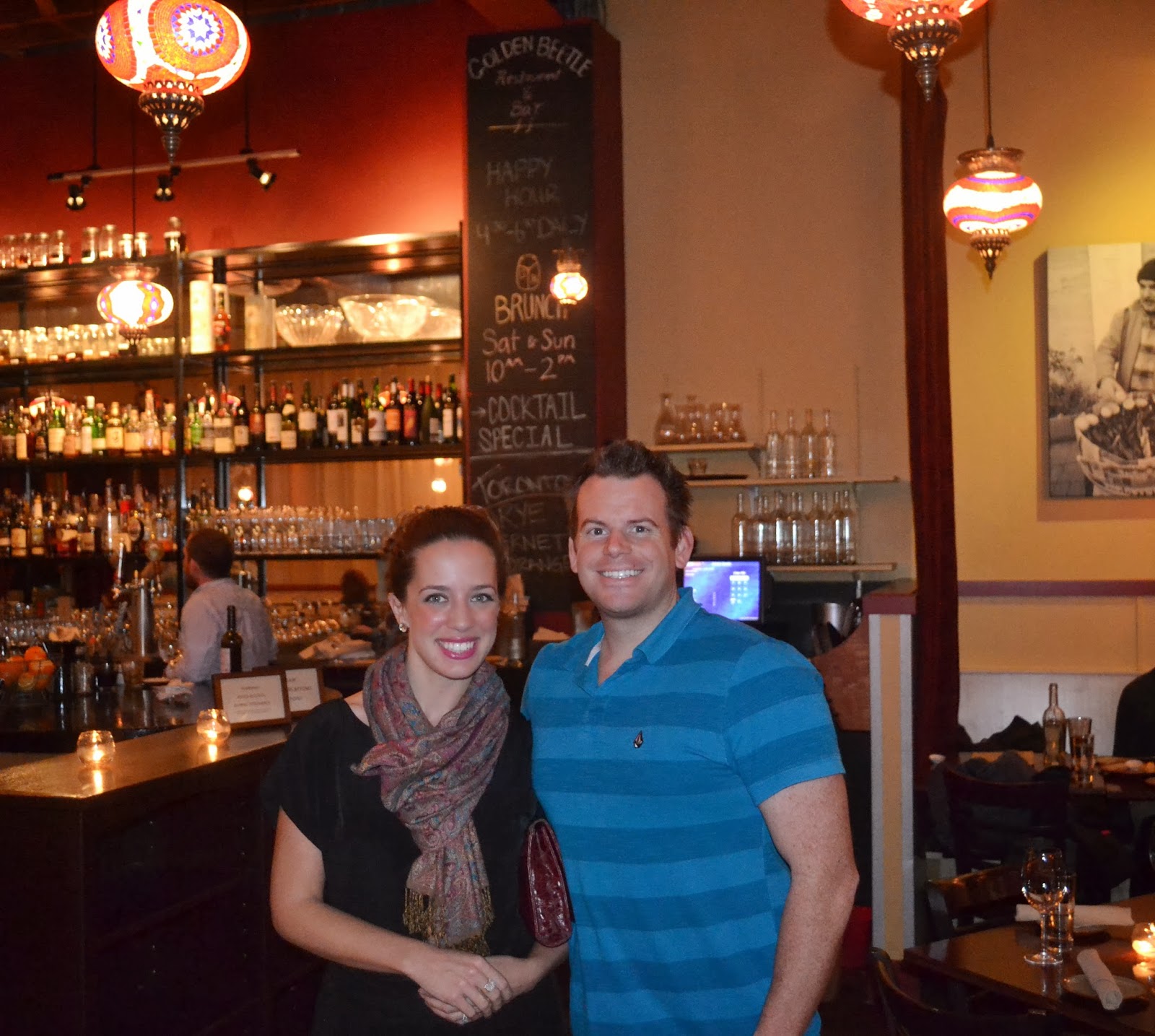 Thanks for celebrating with me! Of course this isn't the only celebration, stay tuned for more.
Posted by Angela