We've been in Seattle for a month and the best part thus far is the neighborhood in which we live, Ballard. Originally a Scandanavian fishing town, it's now a very fun place to live with a great mixture of the original charm and character with brand new bars, stores, and eateries.

Plus, as I shared in the post from our visit, Ballard has an incredible and year-round Sunday Farmer's Market. Our apartment is just two blocks away. 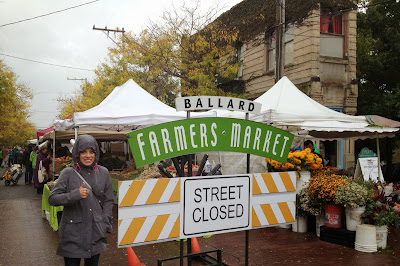 Among the many interesting items at the market - RAW milk! I didn't even know the stuff was legal. Would you try it? I'm still undecided. 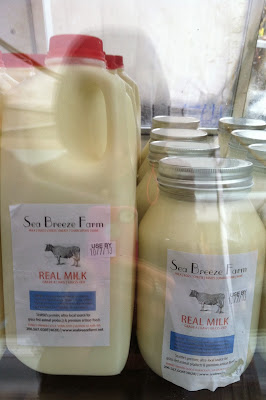 One of the most famous sites in Ballard are the locks where the salt water of Puget Sound meets the fresh water of both Lake Union and Lake Washington. The locks take boats up and down between the waterways. 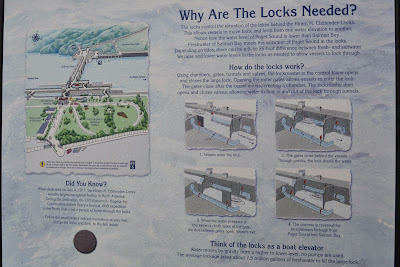 We visited and saw a really nice yacht going through the locks. Before... 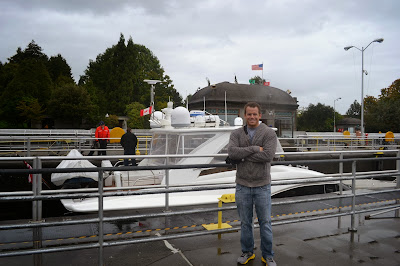 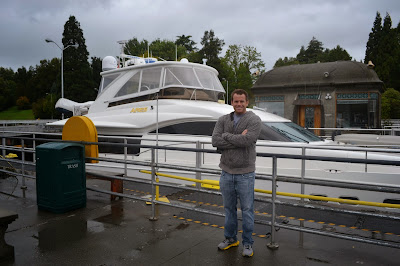 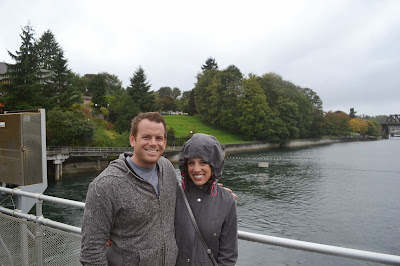 Ballard reminds me a lot of Pittsburgh with its bridges, nearby water, and oddly angled streets, buildings, and intersections! The corner spots are always so cool and this scotch bar will surely catch your eye. The sculpture of Nessie inside is a prime example of the creative, Prom King/Queen, awesome personality of Ballard! 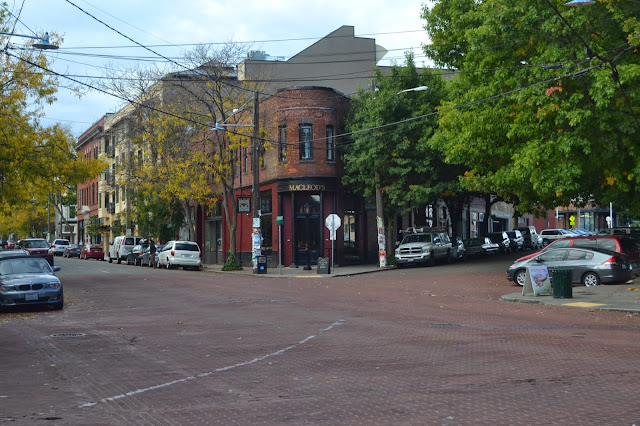 We had dinner at Palermo Restaurant right in the heart of the little town. A classic pie was the obvious choice for me! 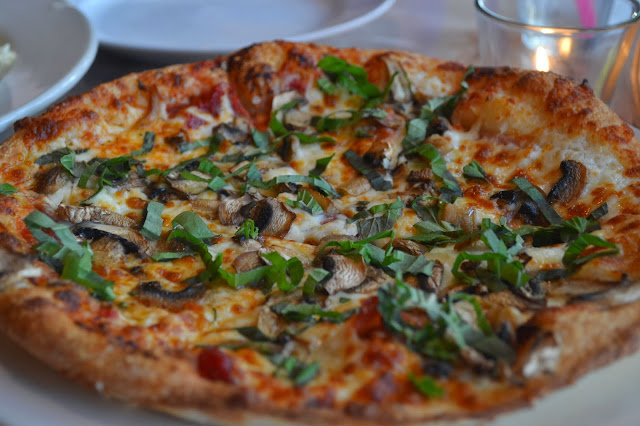 Is there such a thing as too much basil? Bryce had that carb jubilee on the far left! Is butter a carb? 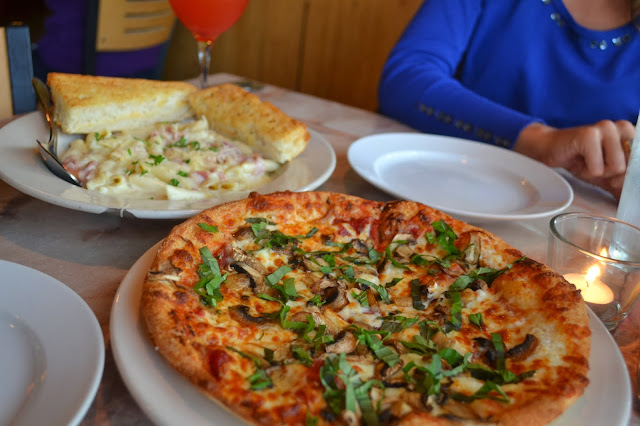 Just when we thought we'd had enough, a chocolate cannoli fell from heaven. 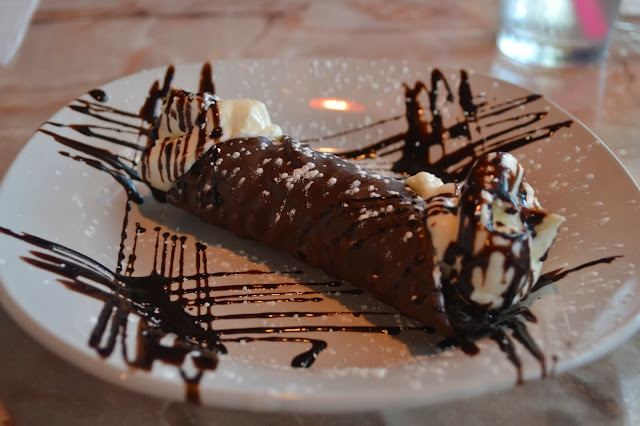 Being in Seattle, there are many options on where to get your caffiene fix! Caffe Fiore is my favorite so far. 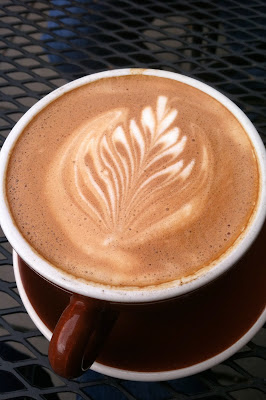 The coffees match their logo. 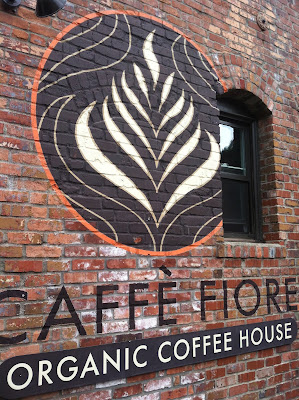 During another trip to the Sunday Ballard Farmer's Market we saw even more of the sights, including an entire case of meat! I've never seen such a thing. 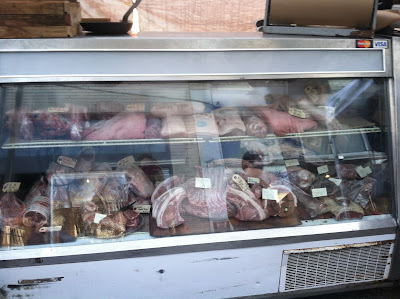 There are plenty of flowers, as to be expected. These are kale flowers! 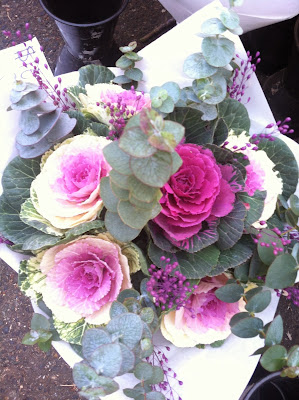 I didn't even think about kale growing flowers and they're stunning. 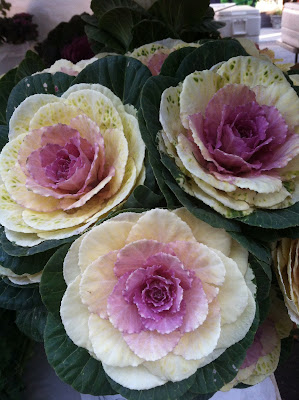 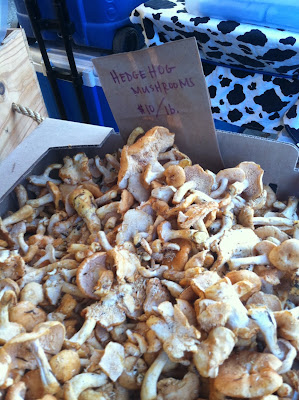 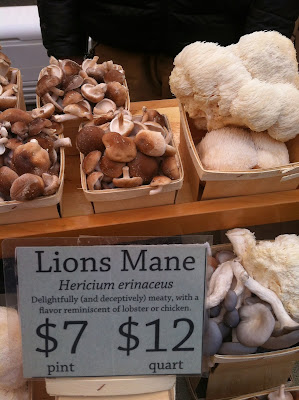 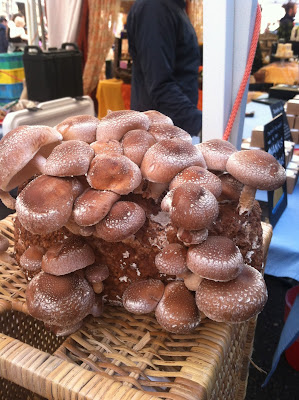 On a run I stumbed across this and realized that I truly have no idea what we've gotten ourselves into here in Seattle/Ballard. Is this Disneyland?? 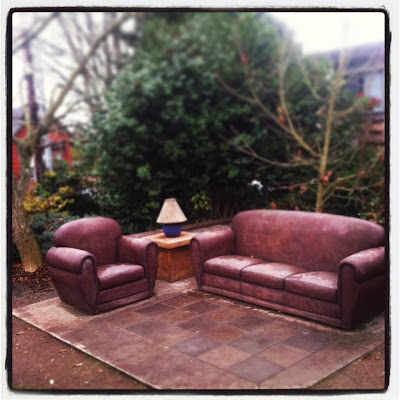 So far we love our little town of Ballard and its close proximity to downtown Seattle and Pike Place Market. Light up night at Seattle's most hallowed ground was great and their decor includes fruit and veggies, DUH. 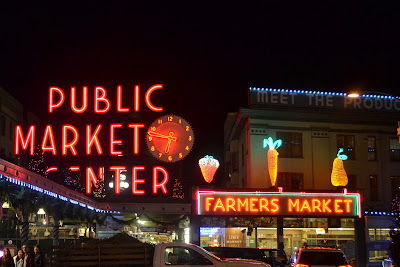 Our adventures in Seattle and Ballard are just beginning and I don't think we'll go bored or hungry any time in the next century here!
Posted by Angela