Living in Hawaii causes people to ask, with a lovely tone of annoyance: When you live in paradise, where do you go on vacation?


The answer is simple: Back to where you (or your significant other) came from.


Bryce and I bid "Aloha" to Hawaii for a week long vacation, although we got the fun started while still here on Oahu... After working last Friday we checked into a 3 day Catholic Engaged Encounter weekend where we did a lot of talking, thought sharing, and eating. Between our little learning sessions we were fed buffet style meals and given free reign to a the largest assortment of snacks since Jesus multiplied the loaves and fishes in the desert! Using our phones was discouraged so I have only one photo of one of our meals from the weekend.


On Sunday we graduated from our encounter, spent just a few hours at home, then went to the airport for our next adventure. After so many serious chats and a weekend of pondering our purpose in life, we were happy to enjoy a cocktail together in the airport bar! 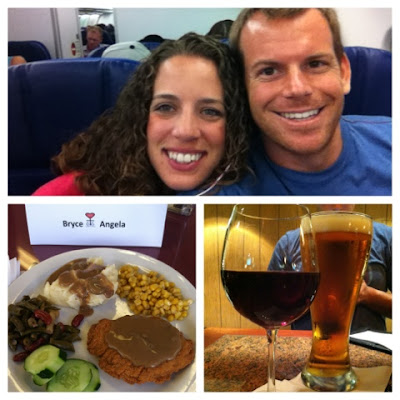 We flew to LAX and before we knew it the sun was coming up, our brief naps were over, and it was time to get moving. 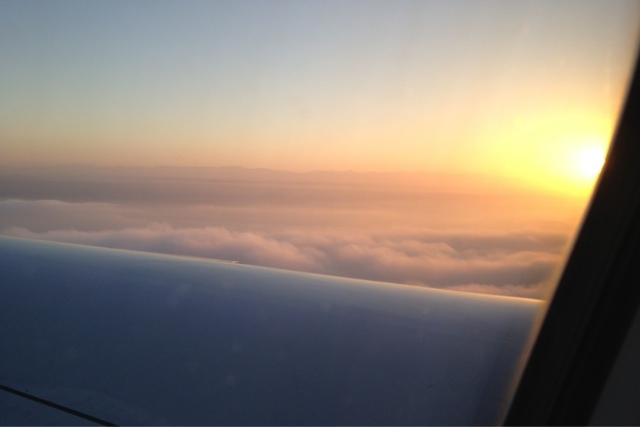 In Hawaii we have laws prohibiting most creative advertisements (including all billboards) so when this was the first ad I saw it seemed so appropriate for LA: slightly self-conscious and superficial, yet convincing! 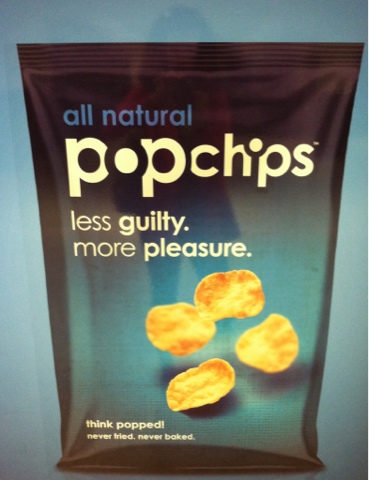 We drove 3 hours North to Visalia, California where Bryce's family is from, where we hadn't been to visit in 1 year and a half. After catching up with his Grandma and Dad we headed to breakfast where were greeted by the newest member of the family: Baby Mason! He's just 4 months old and ever so handsome. 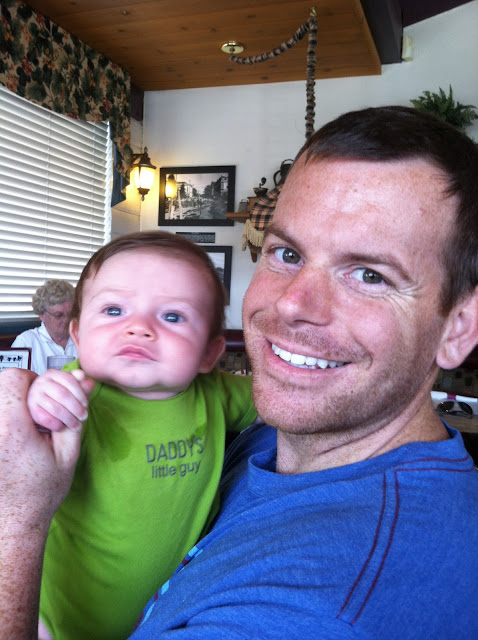 Our first day was relaxing and well spent with family. For dinner we were thoroughly entertained by a visit to the Olive Garden, which we also don't have in Hawaii. Bryce's Dad, Grandma, and most of the family are picky, picky eaters and wouldn't share my mussels with me! 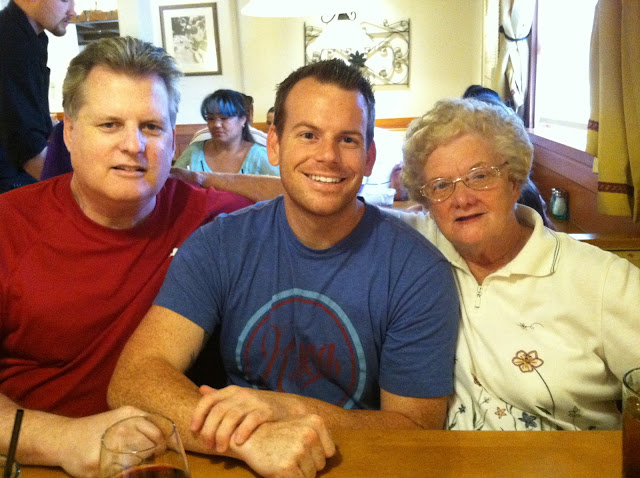 Grandma's husband Allen and I have a new found commonality, even though we've met several times before. I work at the Battleship Missouri which was the location for the formal surrender of WWII. It took place in Tokyo Bay on September 2, 1945 and when Allen and I were discussing my job at the ship, he casually mentioned that he was there, as if it were a backyard cookout last weekend! He's approaching 95 years young and was on another ship in Tokyo Bay on that fateful day. Amazing. He and I really enjoyed sharing conversation and ship lingo, although he didn't want to share my sangria! 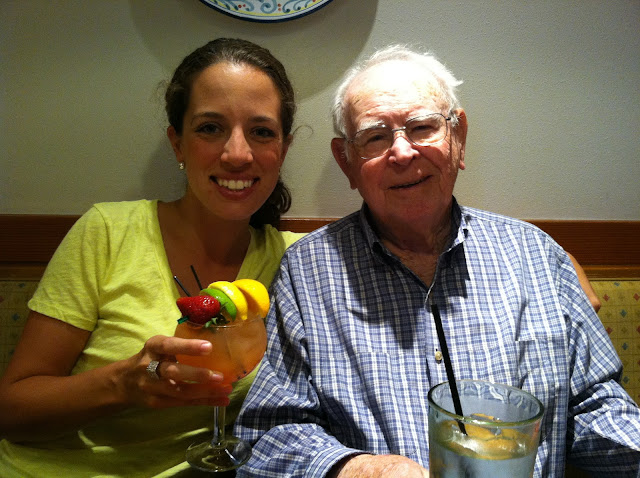 We again took advantage of foods unattainable in Hawaii on our second day in California with lunch at Chipotle! Chips with guac, Bryce's carne asada burrito bowl and my carnitas burrito. Show me the Chipotle! 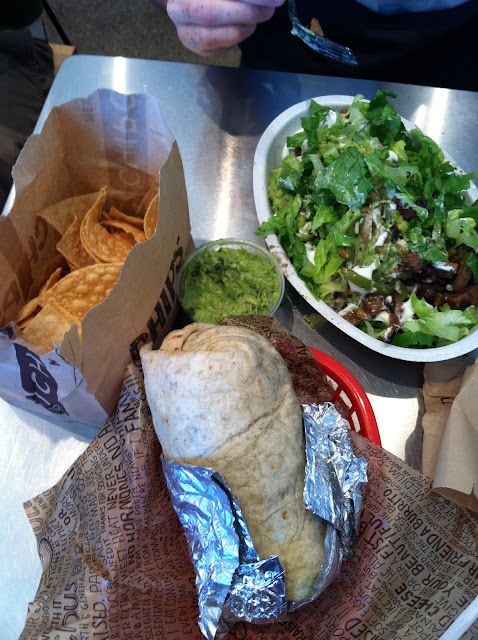 That same night we invited the whole family over to Mason's (and his parents') house for a BBQ! My contribution was simple - caprese salad made with [store bought] pesto. Don't judge, I was on vacation! 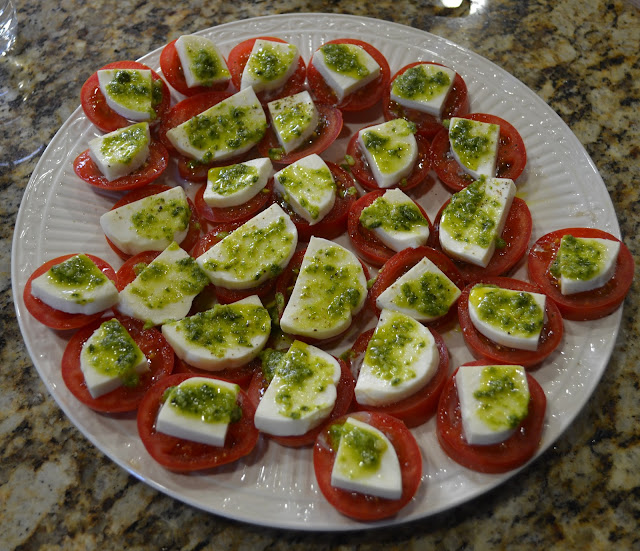 I'm happy to say I neglected to take other food photos while spending quality time with the {future} family. These guys all knew I'd be family before I did, as Bryce was ring shopping the last time we visited them! 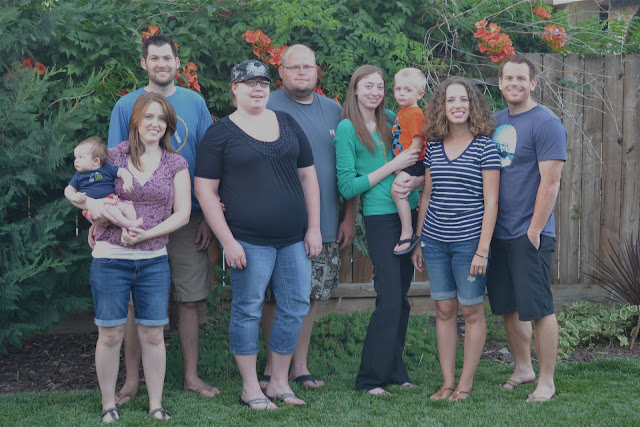 Those were just the first 2 days of a great week of family and food, then Camp Blogaway! Stay tuned...