Last week I was lucky enough to attend Posh Pau Hana, the kickoff event of Ala Moana Center's Shop-a-Le`a Celebration! In true pau hana [happy hour] style we were quickly served a signature drink, the "Greyhound" made with grapefruit juice and a sprig of rosemary. If you drink enough of them you're overcome with high speed racing abilities, so I've heard. 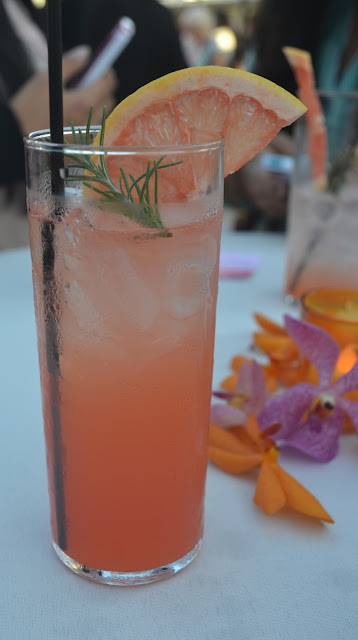 In years past I'd been to the Passport to Luxury event at the end of the week-long festivities (read about Passport 2011 and Passport 2012), although this pau hana was my first. My tickets were courtesy of Yelp and, much to Bryce's relief, Cassie was my date! She was with me when I originally bought the pictured blue dress and demanded I wear it to this event. That's my definition of a good friend - knowing you and your closet well enough to boss you around make a great recommendation! 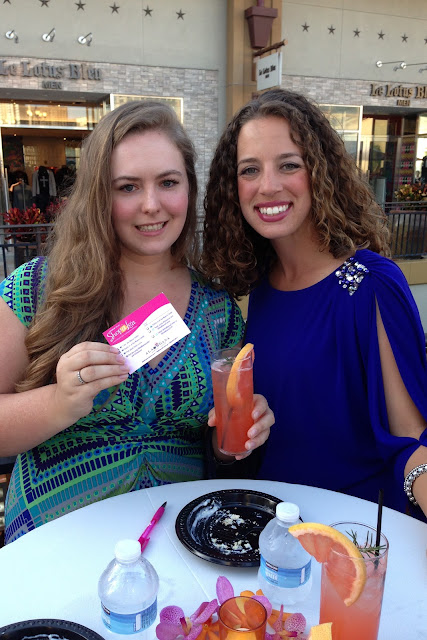 The food was courtesy of Romano's Macaroni Grill which is, of course, located inside the mall in which we were celebrating. Our first delectable food offering was a pair of Macaroni and Cheese Bites. 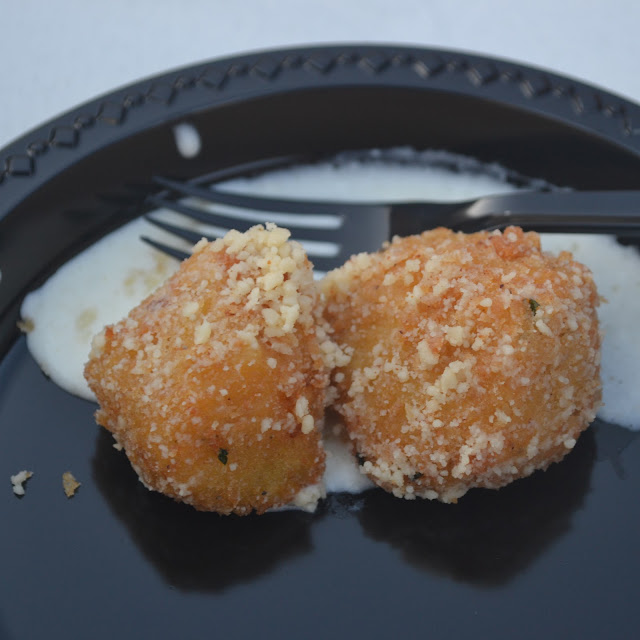 Mac & Cheese is an American classic and whoever decided to deep fry this dish should be congratulated! These yummy bites were brought to our table shortly after our cocktails and we enjoyed chatting, and drinking with the ladies for a while longer. 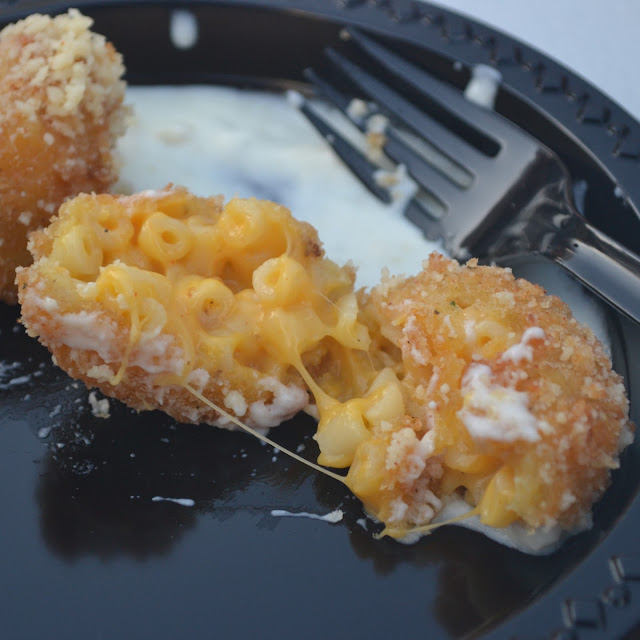 Erica and Melissa made a brief appearance at Posh Pau Hana before jetting off to another meeting. We'd just seen each other at BWB Waioli Tea Room edition and we're looking forward to next week's Outdoor Easter and the following week's Polo Brunch together! 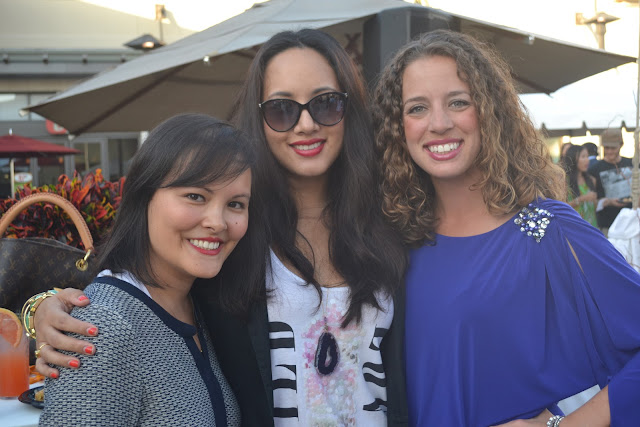 Cassie and I weren't left alone for long! My colleague Chaslee (far right) and her BFF/roomie Kayla (second from right) joined us just moments later. Cassie and Chaslee - confusing right?! 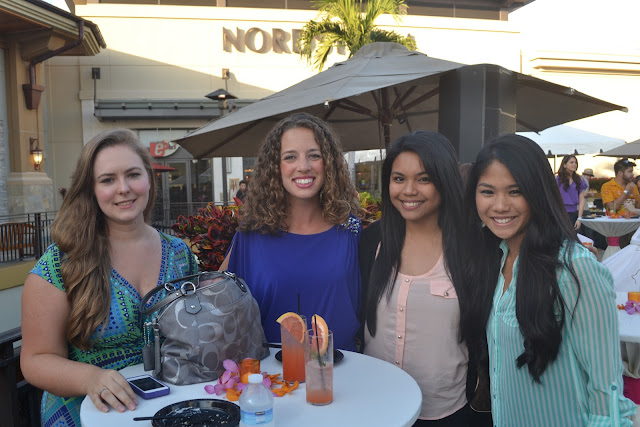 It wasn't long before we began rotating trips from our prized table to the food buffet station. The most substantial dishes were the Mushroom Ravioli (right) and Shrimp Portofino (left). 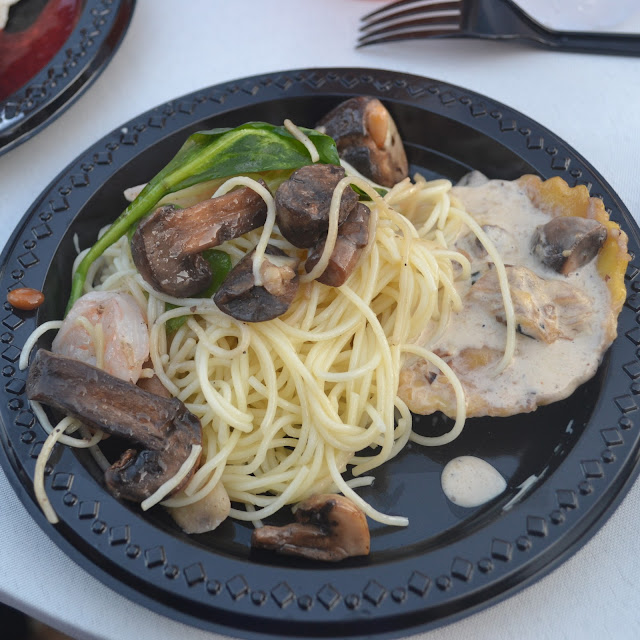 It doesn't look like much but the Market Chop Salad was very refreshing and shockingly flavorful. I'm not one for salads and this one pleasantly caught me by surprise! 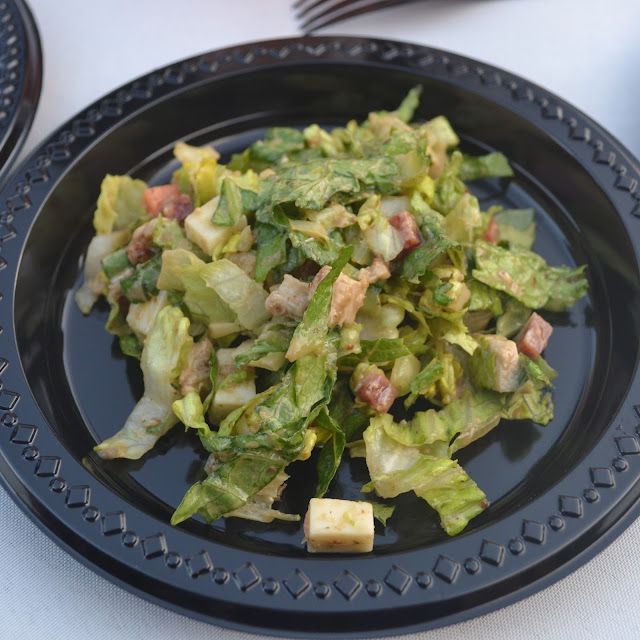 Dessert is always the best part and the Cheesecake with Strawberries was delicious. It seemed that the crust was made of macadamia nuts! Only in Hawaii, right? 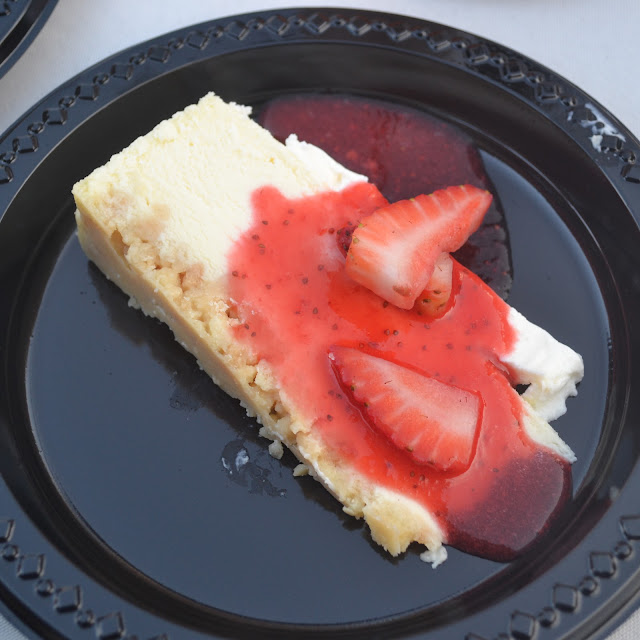 After we scarfed down our many mini plates we had to entertain ourselves while waiting for the giveaways to begin. We tested out the irresistibility of buying new lip products by comparing how many each of us carries in our purse. Guess who won with a grand total of 7?! 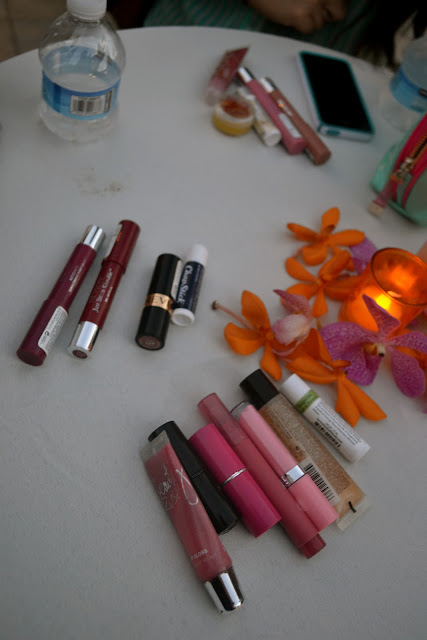 Before we knew it the prizes were being hocked left and right! Last year at the same event Cassie won a pair of PRADA sunglasses. She was again lucky, but not quite as much this year. She was forced to "strut" with a pair of glasses in order to claim her mall gift card and she rocked it! 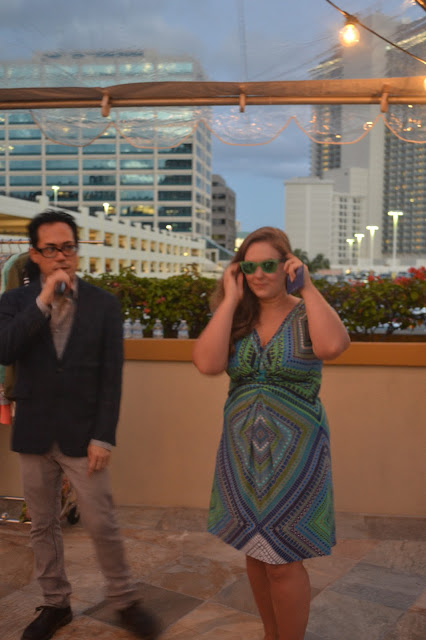 Here's a better look at that gorgeous tent under which we spent the evening. 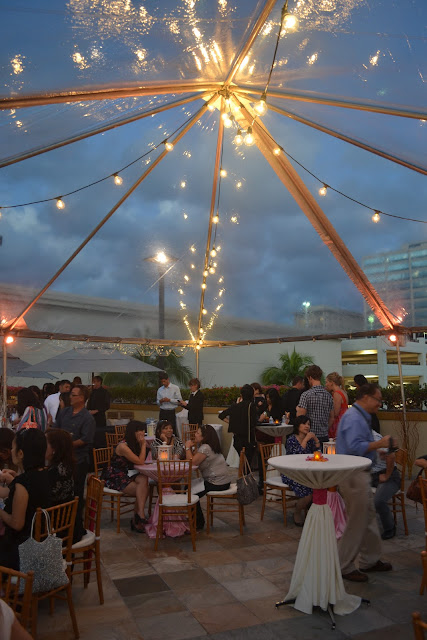 Chaslee and I truly enjoyed being guests at an event together rather than our usual status as event employees who are trying to blend into the background while still being close enough to be sure nobody drops their grub on the teak deck! 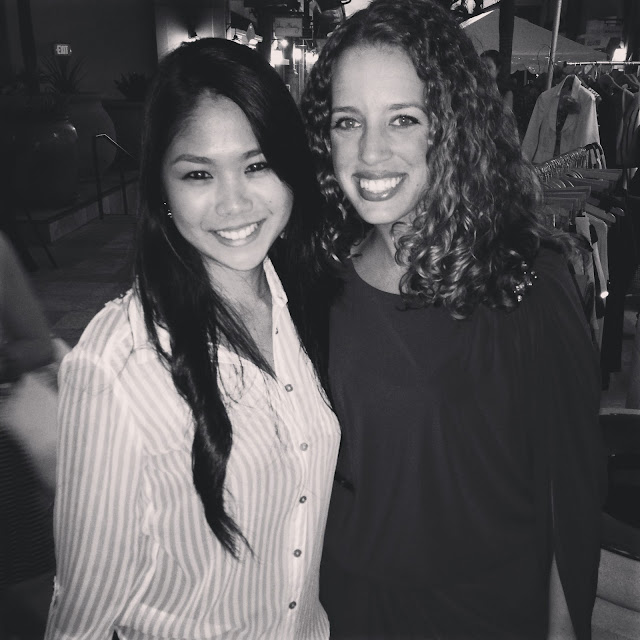 Per usual I won nothing, although we all made it out with a goodie bag. The bag included a gift card for Guess and a coupon for Romano's Macaroni Grill, plus a great, red OPI nail polish! Too bad we didn't have a contest to see who hoards more bottles of nail polish... 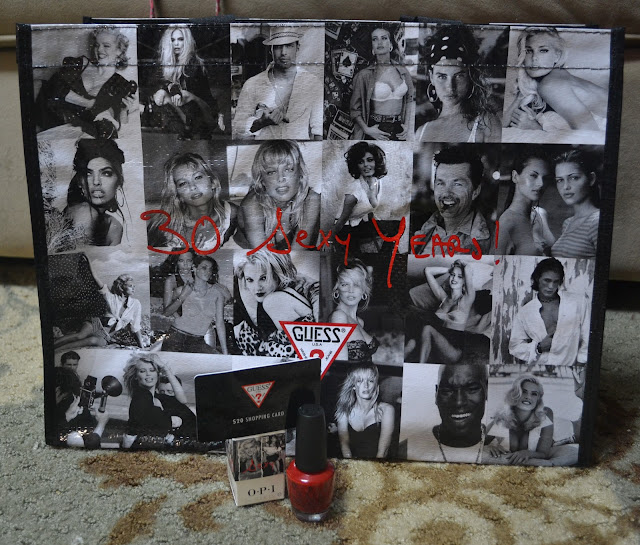 Perhaps the best item of all was the hot pink Ala Moana umbrella. Not only is it study, huge, and free but the color ensures that the item won't be stolen by my roomie/fiance!

Overall Posh Pau Hana was a great event and an especially wonderful way to spend a Tuesday evening. Going home from the mall after spending no money whatsoever, with a full stomach, and a bag full of goodies cannot be beat!