The last time I was home in Pittsburgh, I couldn't resist buying the Heinz Tomato Ketchup Cookbook.  Now you may know that I have a habit of purchasing cookbooks far too often and using them not nearly enough.  This book was purchased back in December (2010) and I used it for the first time today, April 26.  WOW, right?!  The recipes all include good ole Heinz Tomato Ketchup, of course. 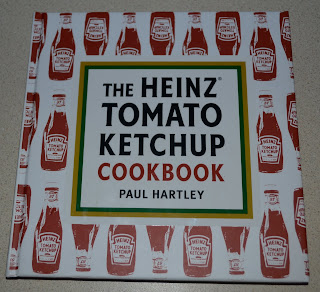 I did a little bit of research and found a Pittsburgh Post-Gazette article on the book.  Surprisingly, the book isn't from Pittsburgh, the home of Heinz Ketchup as far as I knew.  Henry John Heinz made his first batch of ketchup in the Burgh back in 1876, but Great Britain also claims Heinz as their own.  That's where this book was published and it contains many British-style recipes.

Bryce and I chose the Rib-Eye Steaks with Stilton Sauce as our dinner recipe and headed to the store.  We got almost everything we needed.  Our store didn't carry Stilton Cheese, so we chose another (Danish) blue cheese, headed home, and got cooking.

I had to know what made Stilton Cheese so special.  According to wikipedia, Stilton Cheese is an English, crumbly, cow's cheese known for it's strong smell and taste.  There are only 3 counties that can produce cheese qualified as "Stilton", and Stilton is actually not one of them!

The moral of the story here is: don't assume anything.  The Heinz Tomato Ketchup Cookbook isn't from Pittsburgh and Stilton Cheese isn't from Stilton, go figure.

Rib-Eye Steaks with Blue Cheese Sauce
My comments are italicized. 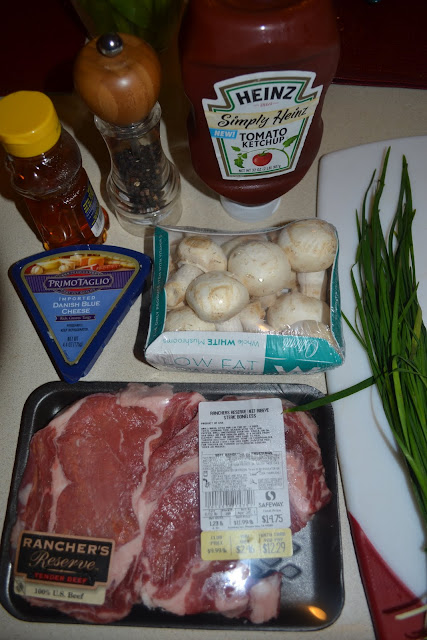 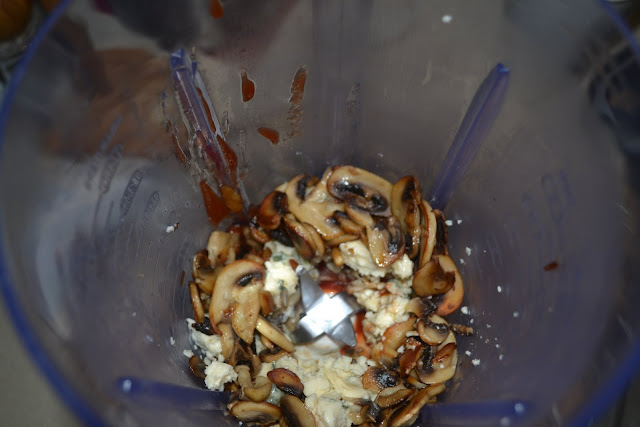 Blend until you have a smooth paste.  We have the cheapest, worst blender ever and this step took a ridiculously long time.  We're getting a new blender/food processor ASAP!  To finish the sauce, stir in two-thirds of the chives.

Coat a heavy frying pan with vegetable oil and heat until it begins to smoke.  Slap in the steaks (who says that?!) and cook for 4 to 5 minutes on each side. 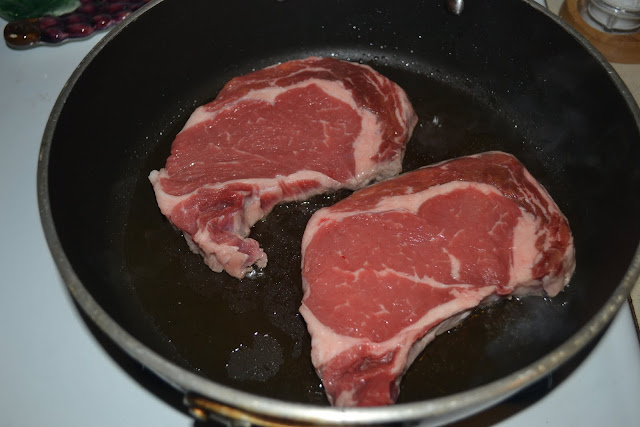 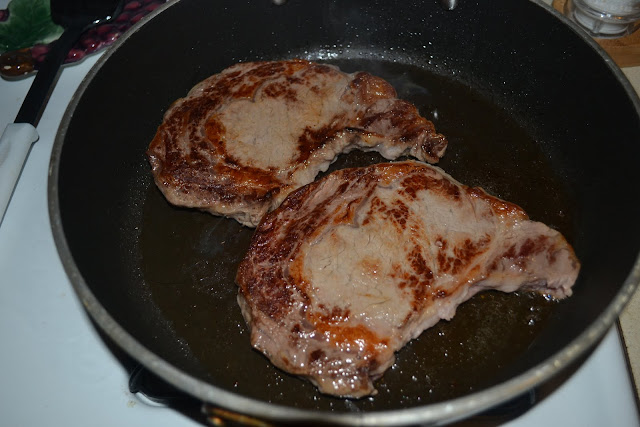 Once the steaks are cooked, heat the broiler.  I'm always nervous to use the broiler and afraid things will burn!  Spread the rich, creamy mushroom and cheese sauce thickly over the steaks and pop under the broiler until the sauce just begins to bubble into brown specks - this won't take long.


With sauce, before the broiler!  We got a little more generous with the sauce after this photo was taken. 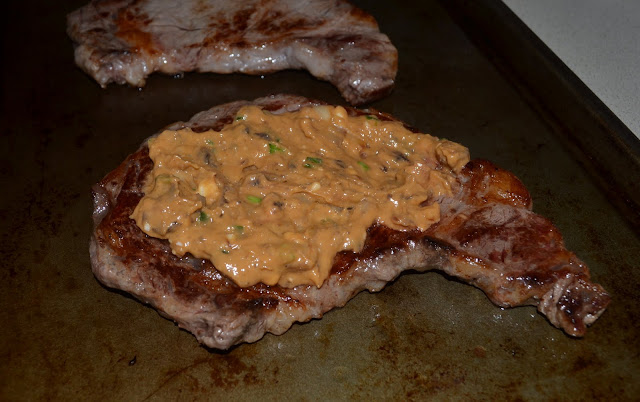 After a few minutes in the broiler, with the additional chives, yum! 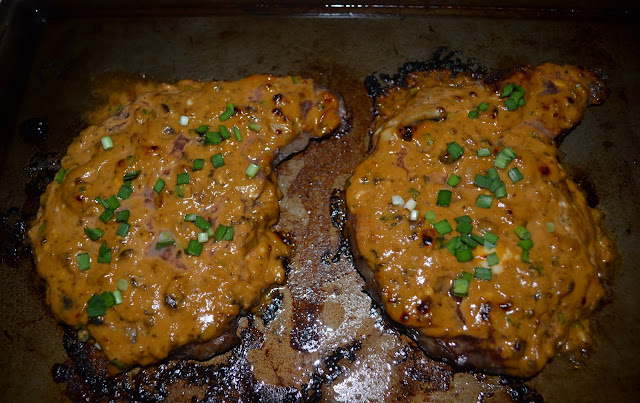 It is well worth resting the steaks for a couple of minutes before garnishing with the remaining chives and serving with homemade French fries.  The steaks rested while I took photos!  We did add the chives, but served with tater tots and fresh broccoli. 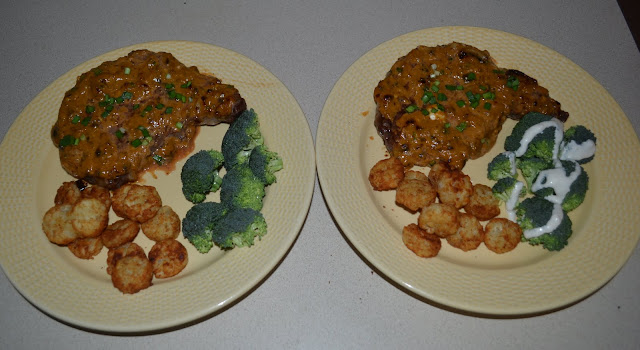 Our steaks were huge and we only ate a small portion of them, which is great news for my lunch tomorrow!  They were delicious.  The meat was tender and cooked perfectly.  The blue cheese and mushroom sauce was awesome!  Bryce said it overpowered the steak a bit and decided to scale back the sauce to steak ratio.  I, on the other hand, don't believe in too-much-cheese.  The chives added a fresh, clean flavor to the rich sauce.   To be honest, there were only 2 tablespoons of ketchup in the recipe and you couldn't taste it and it was probably better that way.
Posted by Angela