[Get ready for another post beginning with my singing!]

In Napoli, where love is King, where boy meets girl, here's what they sayyyyy...
...When the moon hits your eye like a big pizza pie - that's amore!

That's Amore is one of my favorite songs. In college I worked at a bar that was owned by an Italian guy named Tony. We'd play that song during last call while turning the lights on, letting the drunkards know it was time to go. The next year I was a patron of that same bar and the sound of That's Amore somehow became an unnwelcomed burden rather than a call to rejoyce in tip money and freedom!

Last year at our wedding we played That's Amore as one of the very last songs at our reception and we all sang along. Now I'm sure not everyone knows or loves the song and that's OK. I know there's something we can all agree upon and that's pizza. Do you know where the college kids and all of the bartenders all went after That's Amore played and the bar closed? That's right, they all went to get pizza.

Some people keep is simple with cheese or pepperoni, although you can top your pizza pie with any type of meat or fish and every type of veggie. Like BLT sandwiches? You can top your pizza with those ingredients. Bacon and eggs. BBQ chicken. Pineapple and ham, it's HAWAIIAN pizza! Crust can be crispy and thin, from the deepst dish, or filled with cheese. Red sauce, pesto, or white pizza are all fair game. Vegetarians can eat pizza, it can be delivered to your house, and every person I'm connected to on Instagram has tried to make a crust of cauliflower.

As hinted in That's Amore, the first pizza pie can be traced back to Napoli. Or, as we call it, Naples. The nearby ancient city of Pompeii is home to the first ever pizza oven and we were lucky enough to visit it during our honeymoon. 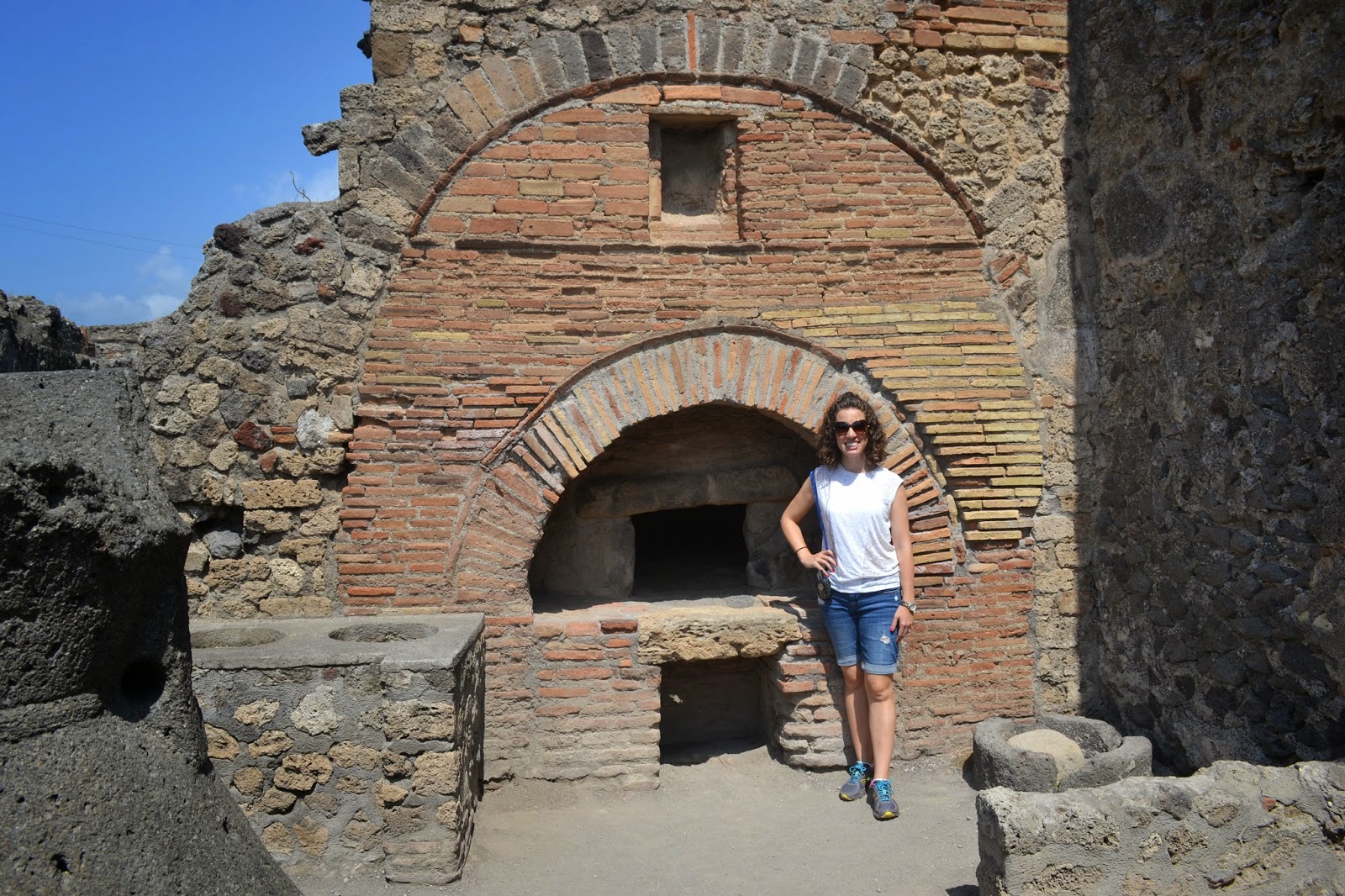 Is it truly the first? I'm not sure, although it was incredible to see! 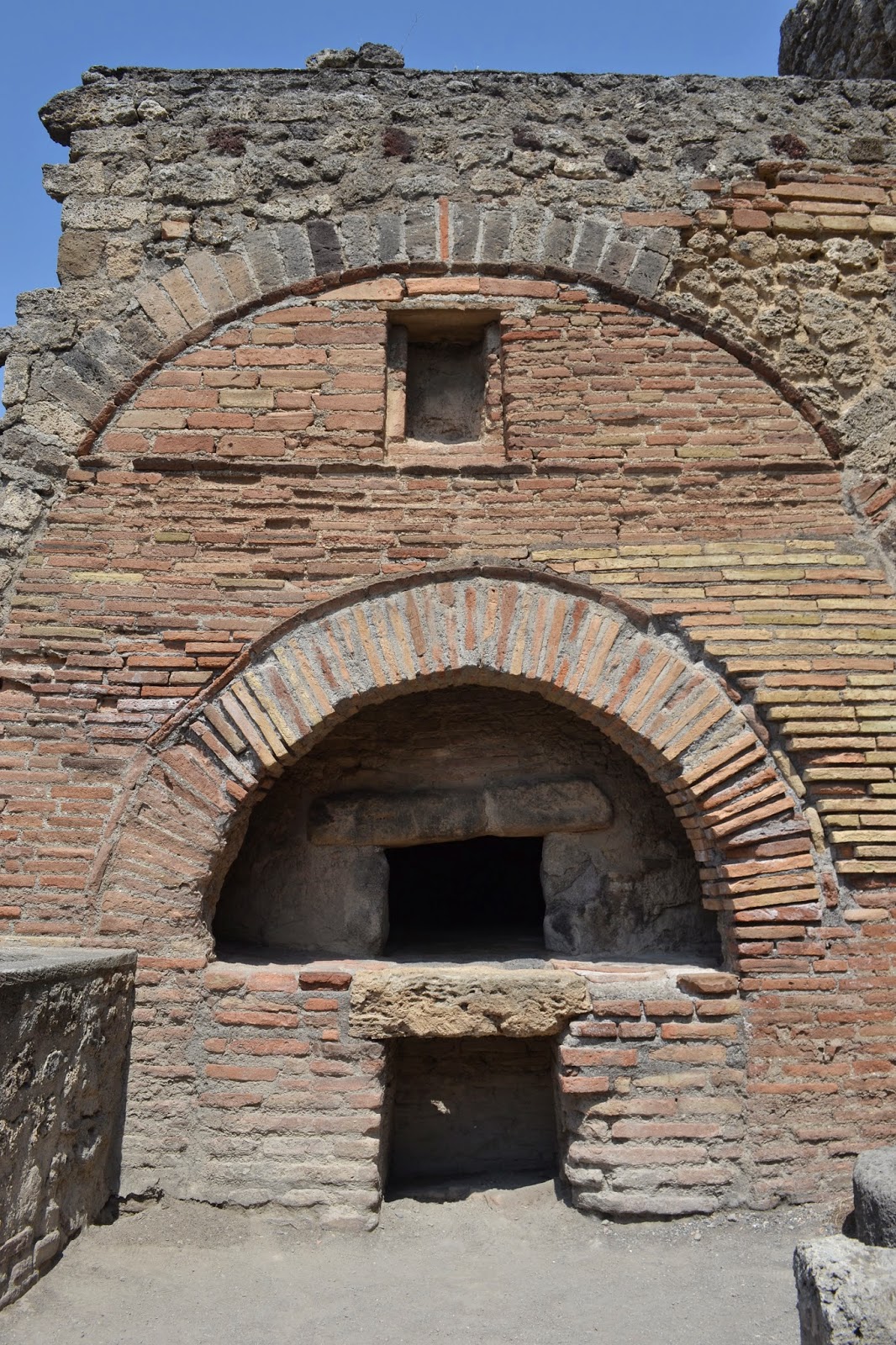 Right next to the pizza oven are the giant vessels used to grind the grain for the dough. 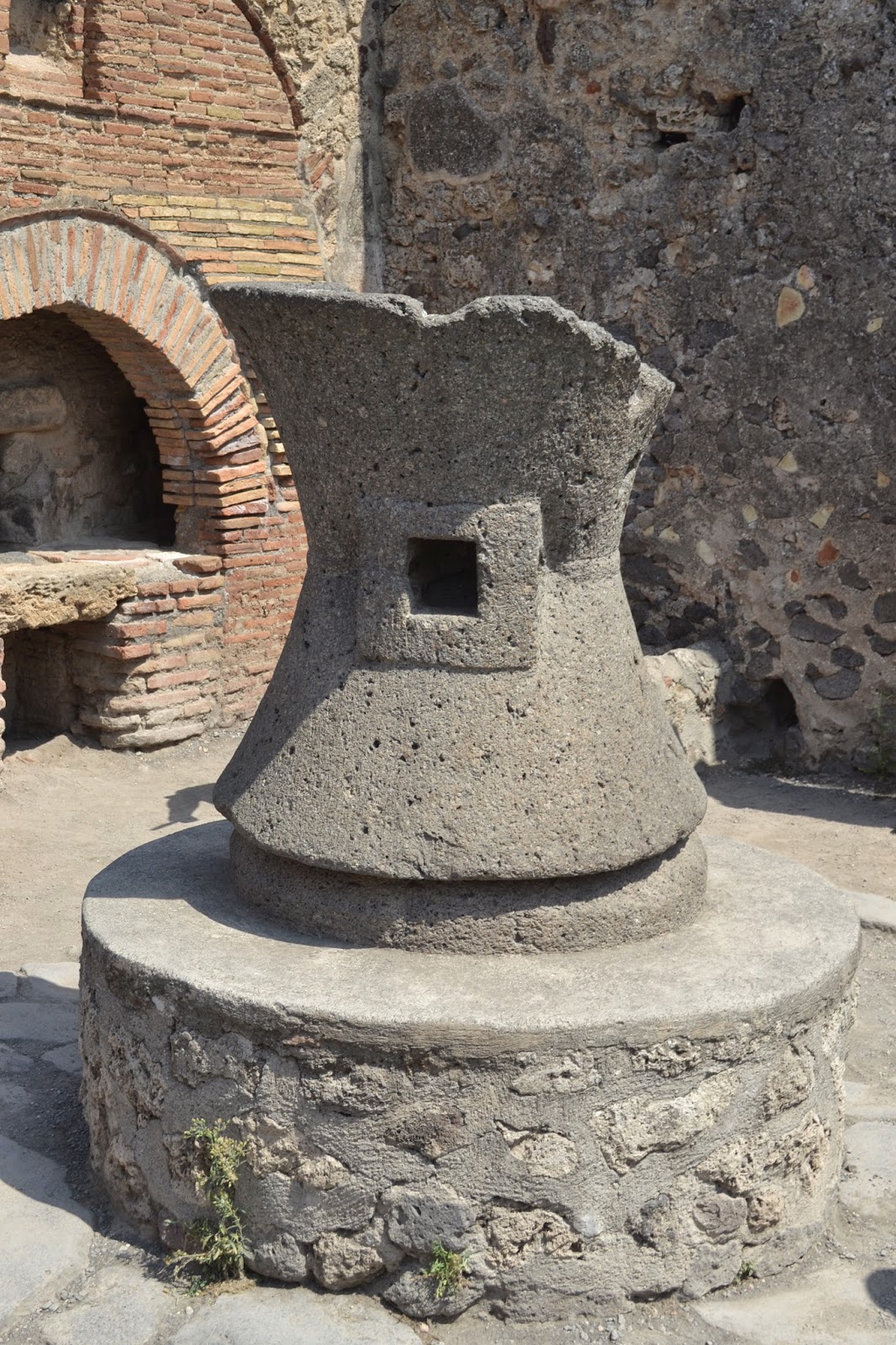 As our tour guide pointed out, strong guys like Bryce would be the type of servants who'd tend to these machines and grind the grain. You can make me a pizza anyday, Bryce! (Honeymooners. Gag!) 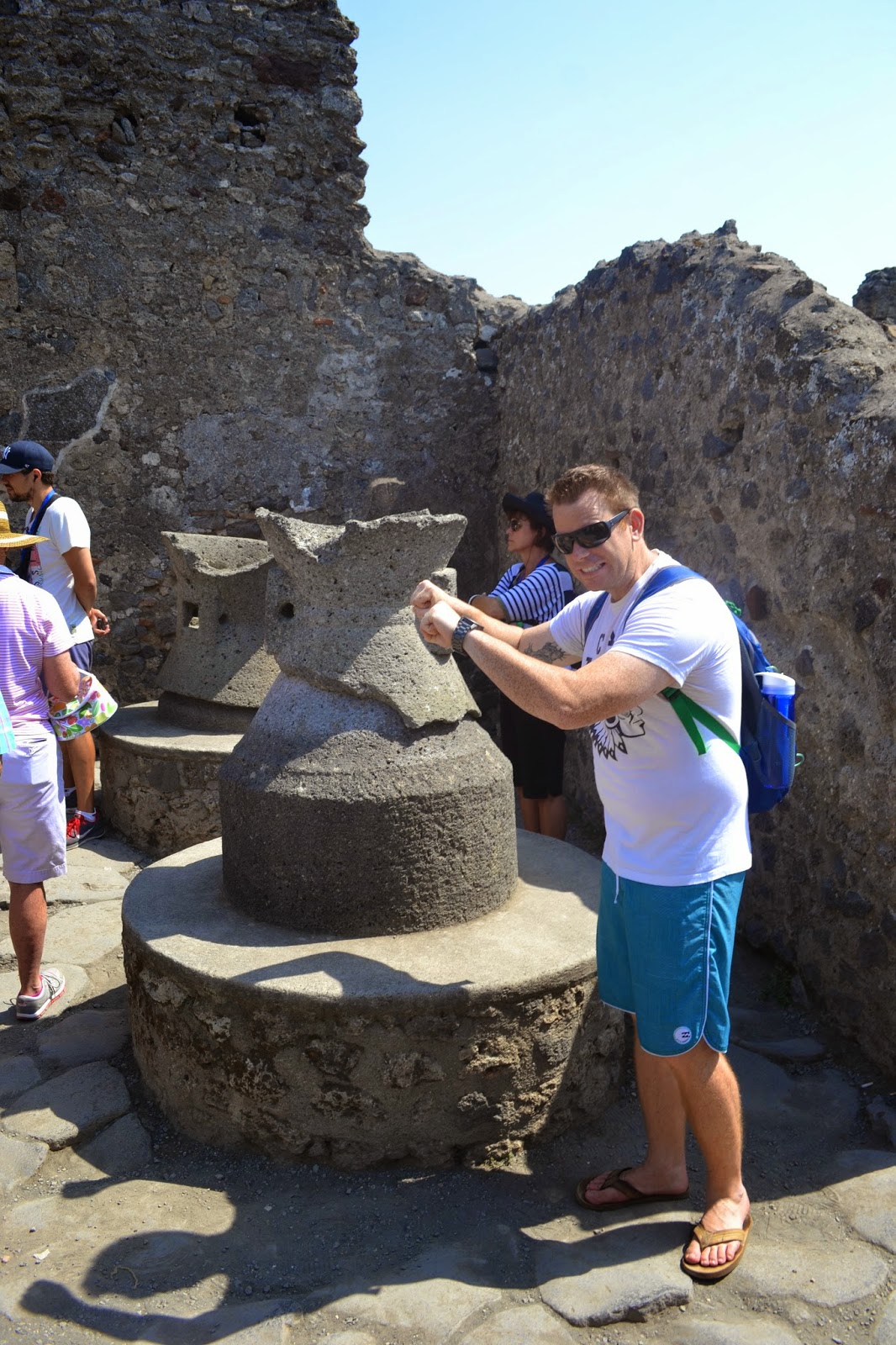 Unfortunately there weren't any pizzas available for sale in Pompeii so we grabbed some when we got back to Napoli. While trying to snap a shot of the pizza oven the cooks were more than happy to oblige! 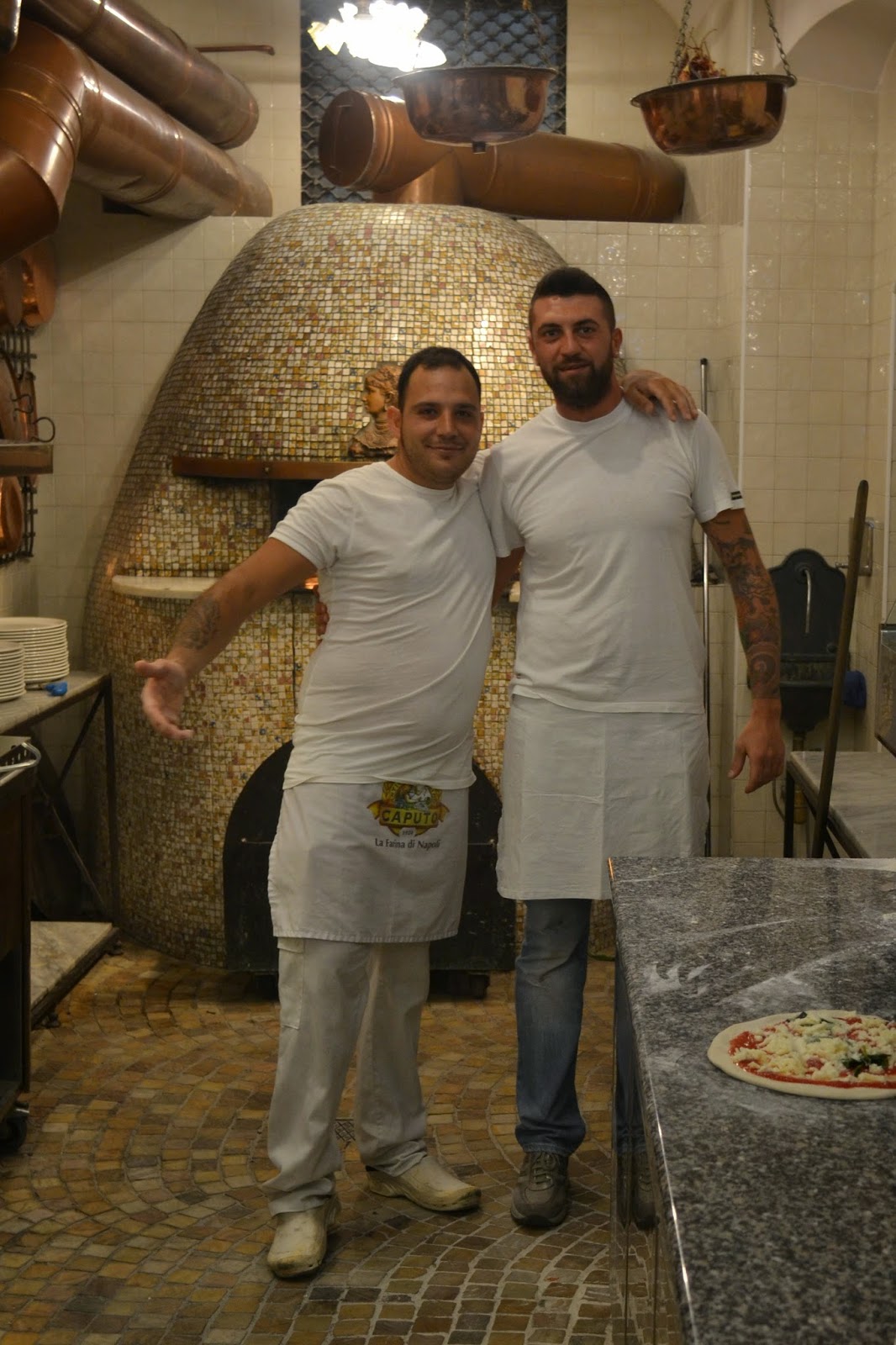 The simplicity of pizza in Napoli is beautiful. Flat crust made of quality ingredients, simple sauce, soft mozzarella cheese, a few basil leaves, and a few moments in a crazy hot oven. 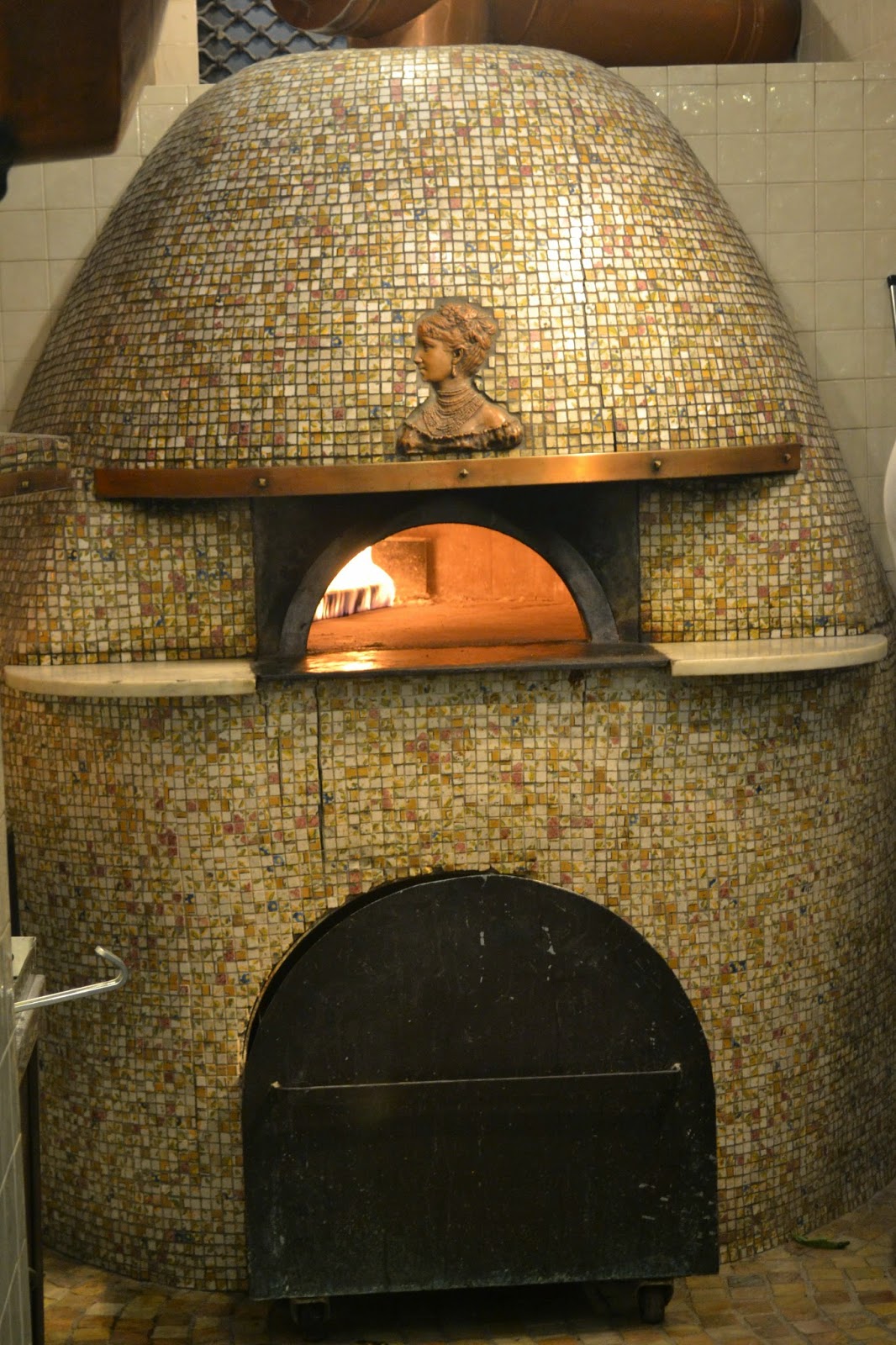 We tried 3 pizzas of the same variety, margherita, for a fair comparison. The following photos are all from our favorite spot Le Sorelle Bandiera Pizzeria. 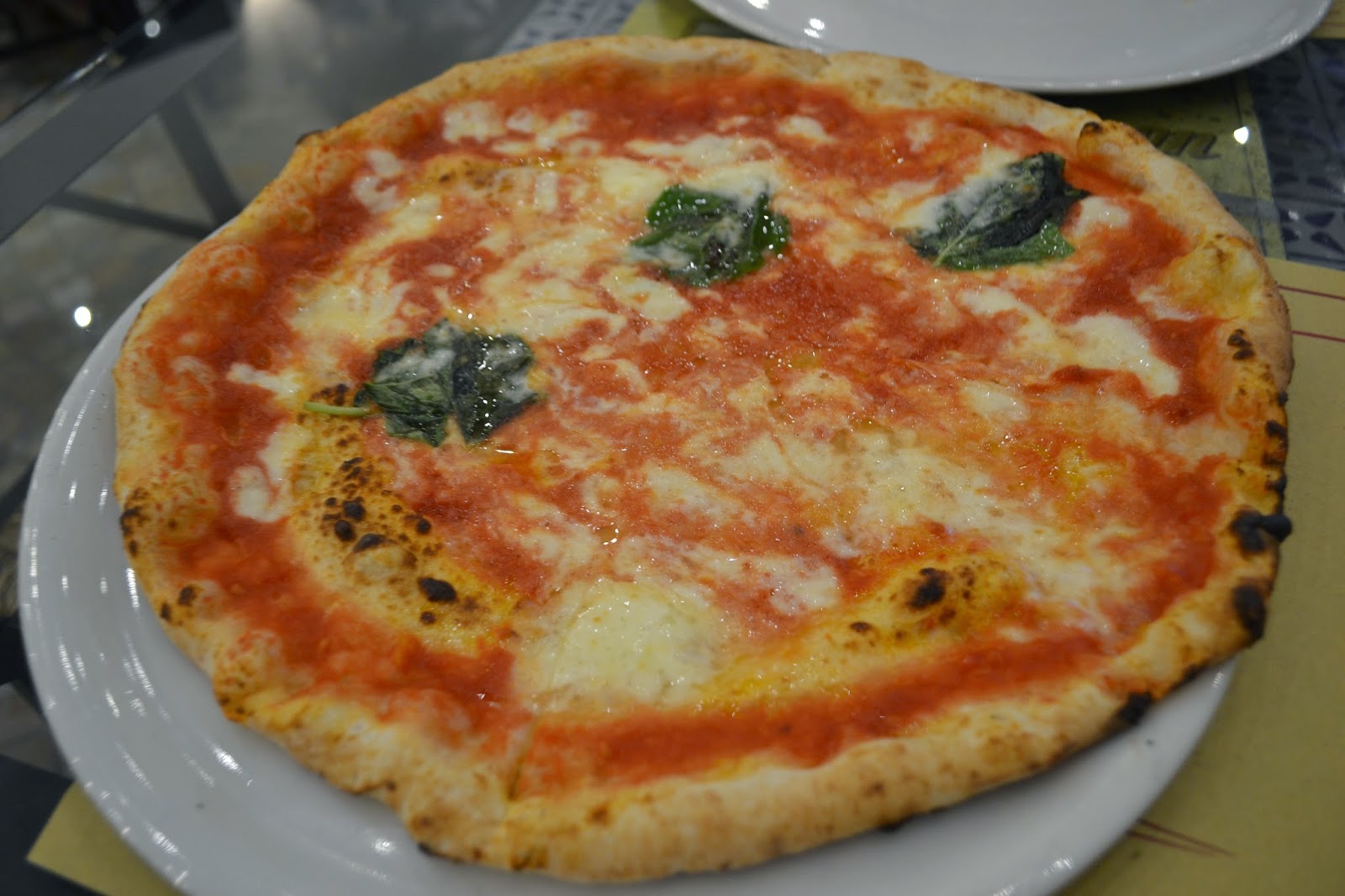 What made it better than the others was a just-right amount of sauce, slightly charred crust, and melt-in-your-mouth cheese. 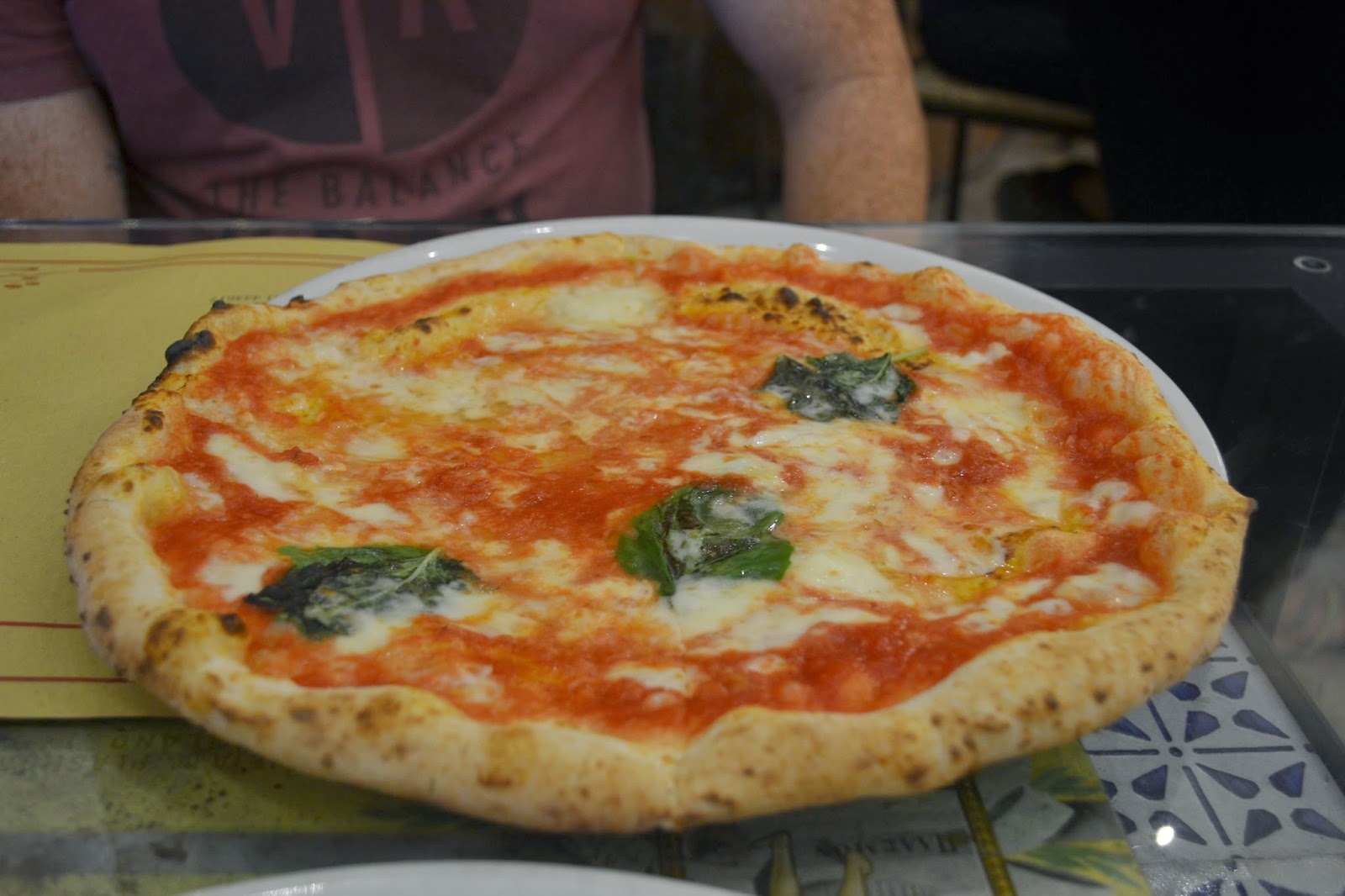 The simplicity of Neopolitan pizza is refreshing, coming from a world of overcomplicated pizzas (aka America). My favorite part was the flexible and soft dough which forces you to eat each slice with two hands or folded in half! 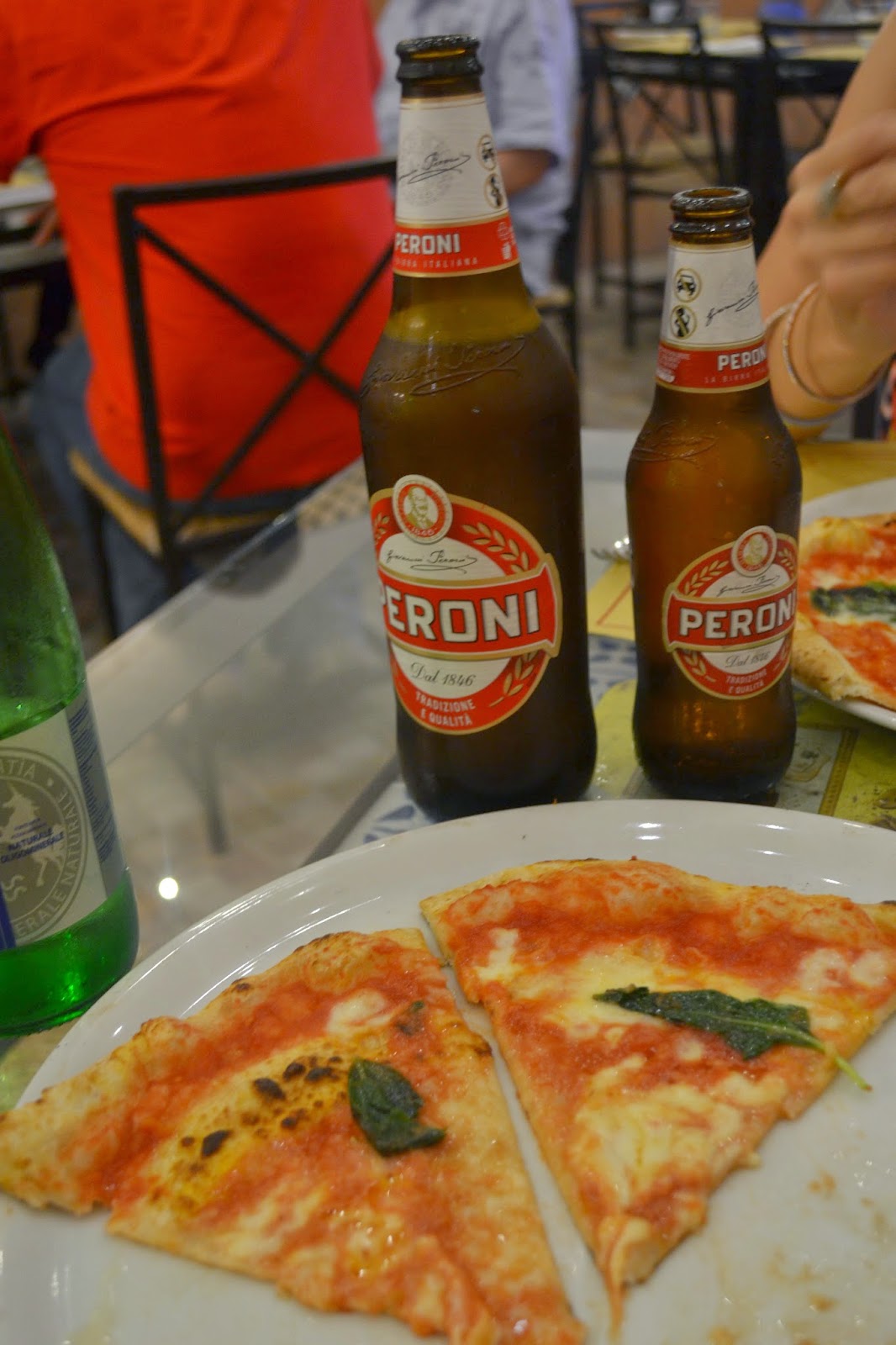 The moral of the story here is this: no matter where you're from or which kind of pie you prefer, pizza = amore! Mangia mangia.


More from our trip to Italia:
Gelato in Roma
Sfogliatelle in Napoli
Posted by Angela