Pumpkin Spice Hershey Kisses have been around for years (at least since 2008) and I just learned of them this year. Once aware of their existence, I was inspired by equal parts hunter, gatherer, and glutton to make them my own. After searching at 2 drug stores and 4 grocery stores I was beginning to feel defeated.

That's the thing about Hawaii: new, trendy, seasonal mainland things aren't easily available here. Rice cookers, SPAM, musubi, and chop sticks can be found in every home and convenience store but apple cider and Pumpkin Spice Kisses are like unicorns! The real irony here is that Hershey's candies are from my home state of PA, the state that I left - willingly - 4 years ago.

I had to get strategic and think about where such a timely item would be found... my instincts lead me in the right direction: the commissary. The military bases are where the traditional-nuclear-families with 2.5 kids, 1 dog, 1 cat, and a picket fence would go for such a fall oriented treat, duh. My boss brought me 3 bags from the Navy/Air Force commissary and there are 3 more bags waiting for me on the Marine Corps base.

Oh Pumpkin Spice Kisses, how I've searched and longed for you! 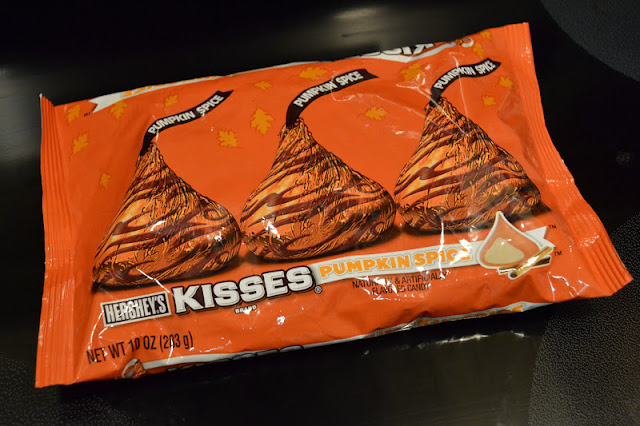 After all the anticipation I was truly scared to eat one, for fear that my hopes were set too high. The wrappers are an adorable fall-ish display of colors. 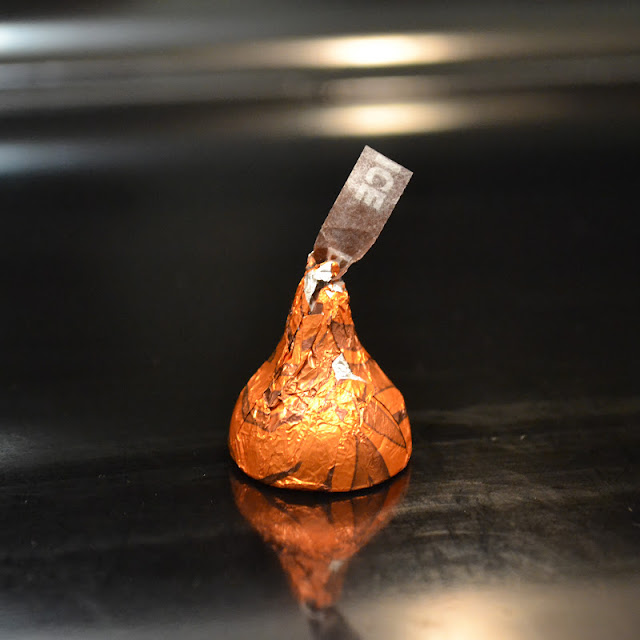 Of course the flag says PUMPKIN SPICE and the kisses themselves are a pale orange color. 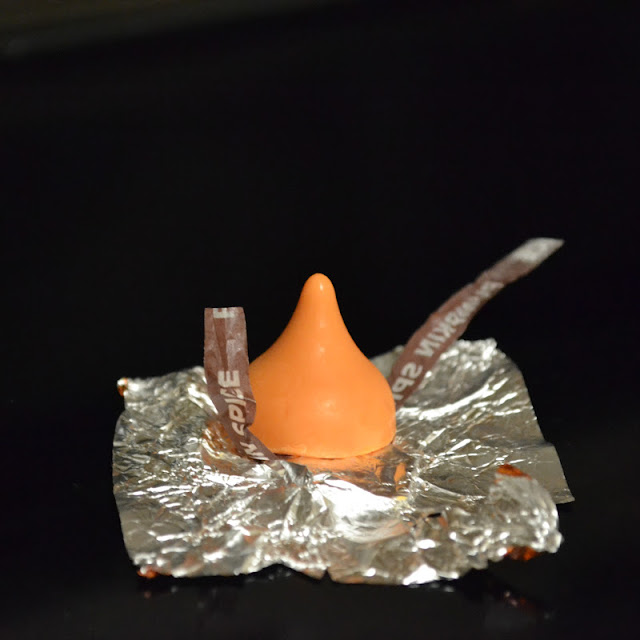 It's my pleasure to tell you that these little candies are delicious. Imagine a pumpkin spice latte was poured over a pumpkin pie and condensed into a bite sized kiss. They're comforting, flavorful, warm and fuzzy.

Did you know it's best to freeze Hershey's Kisses before topping cookies with them? GREAT idea. First freeze them for a few minutes. Then, remove the wrappers and put them back into the Antarctic green room to await their big debut. 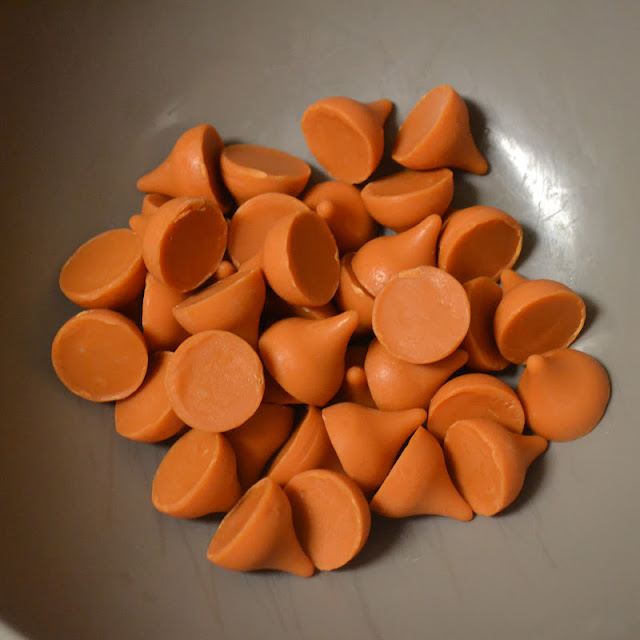 The recipe to use the kisses with was determined long before the kisses were even in my possession: last year's Pumpkin Snickerdoodles, with a few updates of course!


In a big bowl, beat the butter with an electric mixer until fluffy. Add both sugars and the pumpkin, mixing well. Add the vanilla and egg and mix some more.

In another large bowl, wisk together the flour, baking powder, salt, and cinnamon.

Add the flour mixture, just a little at a time, to the pumpkin mixture until incorporated well. Cover and refrigerate the dough for about an hour, or until it becomes firm and is no longer sticky.

In the meantime, get busy with a few other things:
Once the batter is ready it's time to form, roll, and bake the cookies.

I highly recommend the Pampered Chef medium scooper for making uniform cookies, but you could use a melon baller or a spoon. Three cookies fit just right in a cereal bowl for rolling in the pixie dust. Be warned that the cookies don't flatten well. A silicone spatula flattens them nicely.

Bake them for 8 - 12 minutes. Immediately after removing cookies from the oven, place a frozen Pumpkin Spice Kiss in the center of each. Admire. Devour. 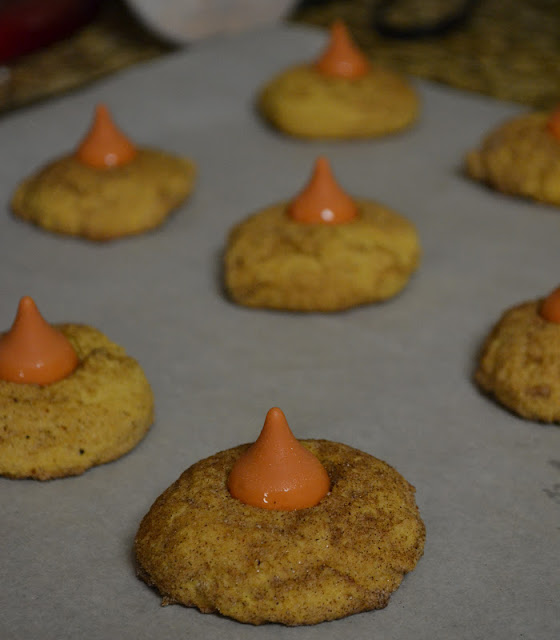 Pumpkin Snickerdoodles themselves are incredible. Adding the sweet kiss of additional pumpkin spice makes them phenomenal! 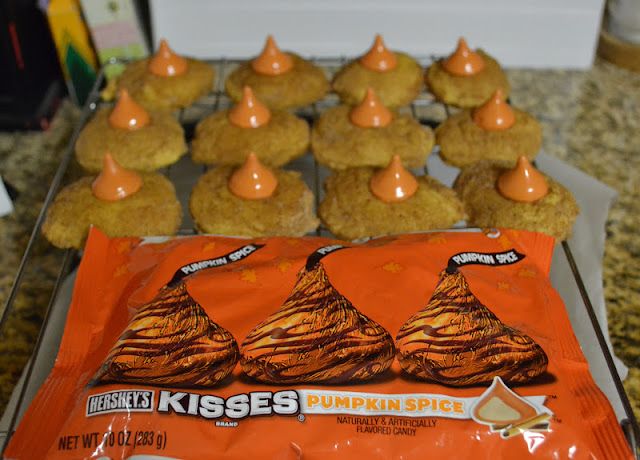 They're warm and inviting and make you want to snuggle up with a sweater in a chilly wooden cabin, or carve Jack-O-Lanterns, or rake leaves?? Whatever you love most about fall is inside these cookies - promise. 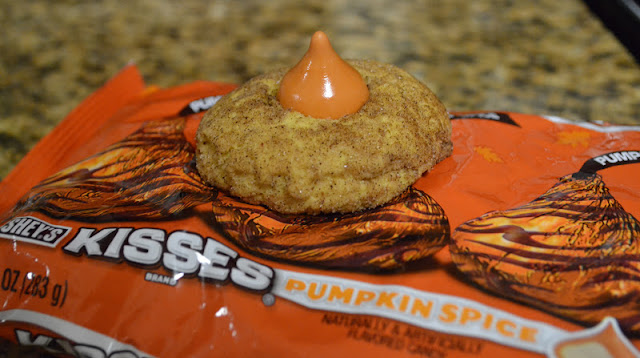 Seasonal, yummy, and addicting means these cookies need to get the hell out of my house before I'm too wide to walk through an imaginary cabin door! They were soon boxed up and taken to work with me (thrice) and Bryce (just once). 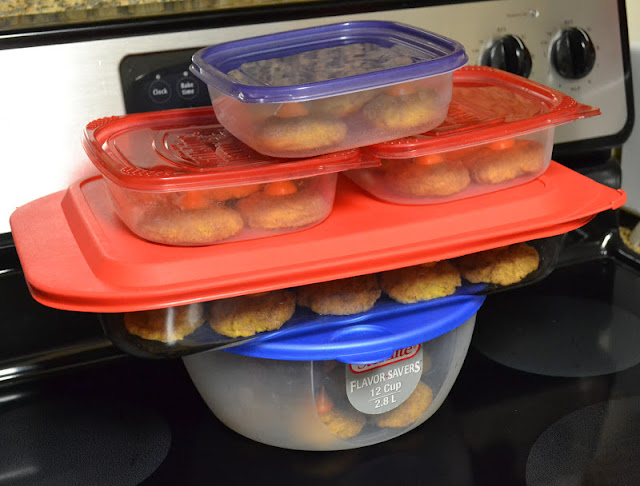 After searching high and low for these kisses, I was happy to find and make use of them. My new problem is that now everyone at work expects me to bake for them! I meant what I said and I said what I meant: donate food items to me and I'll make something delicious with them... and I might even share!

When those other 3 bags of pumpkin-y kisses become mine I'll create the cheesecake that's on their wrapper with those doomed little confections!

Have you seen those candies at your local stores? Have you tried one? Have you used them in a recipe?