Duke's is Waikiki's most popular restaurant, I'm sure it's safe to say. Located inside the Outrigger Waikiki hotel and directly on the shore of Waikiki Beach, Duke's is named after Hawaii's most revered waterman and Olympic athlete Duke Kahanamoku. [Break it down by syllable and speak every letter: kA-hA-nA-moe-koo!]

When you live in Honolulu it's rare that you actually go into Waikiki, land of tourists, hotels, and ABC stores. Chances are that when you have friends or relatives in town - you'll end up at Duke's!

Duke's a rite of passage and home to many firsts in my own life:
The singing aunties are always around and on that particular night, my 23rd birthday, my friend accidentally tipped them $20 instead of $5! Those sweet ukulele tunes went on and on... 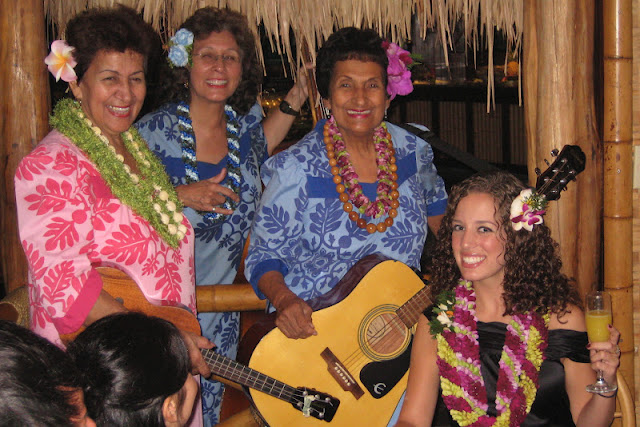 Everybody likes Duke's! Aunt Linda and Uncle Wayne celebrated their wedding anniversary there while visiting a few years ago. See the photos of Duke on the wall? It's too bad there's no photo of their flower girl, she was is ADORABLE! 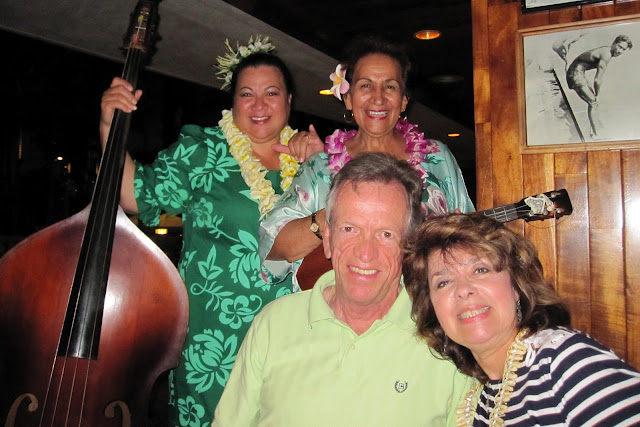 Friends from college visiting means a stop at Duke's for tropical beach drinks! Although I'm not sure what Nate's yellow concoction is, I have a lava flow, and Richard's enjoying a mai tai. 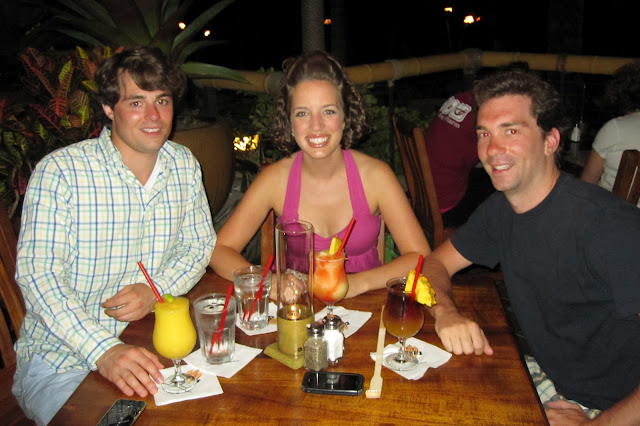 He later upgraded to the tropical itch - complete with a back scratcher! 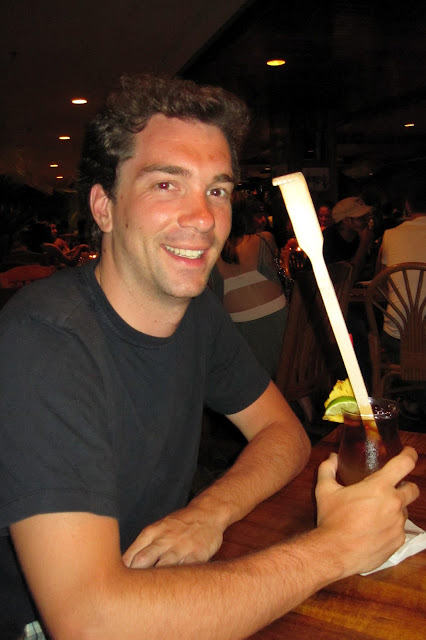 Just last week my cousin Karen, her husband Terry, and his brother and sister-in-law, were in town. Guess where they wanted to go to dinner? Duke's! 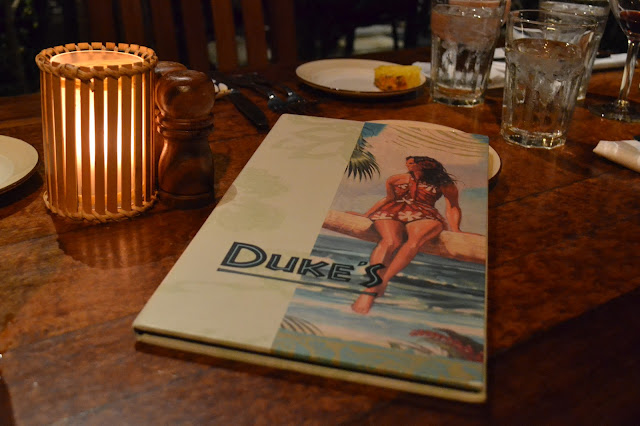 We made a reservation and arrived at 8:30 pm and there was still a line to get a table! Luckily we got a great spot next the pool and near the beach. 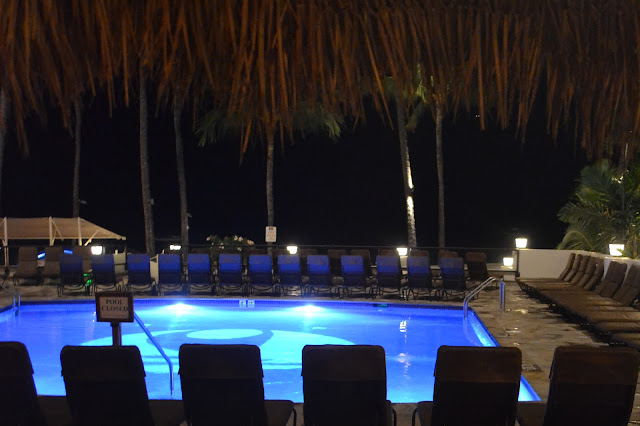 Although the food tends to stay pretty safe and typical (by mainland standards), the brews are local. Bryce was excited to try local Kona Brewing Co. beer which just recently became available in a can. The irony is that we were at the actual beach that's pictured on the can while drinking the beer! 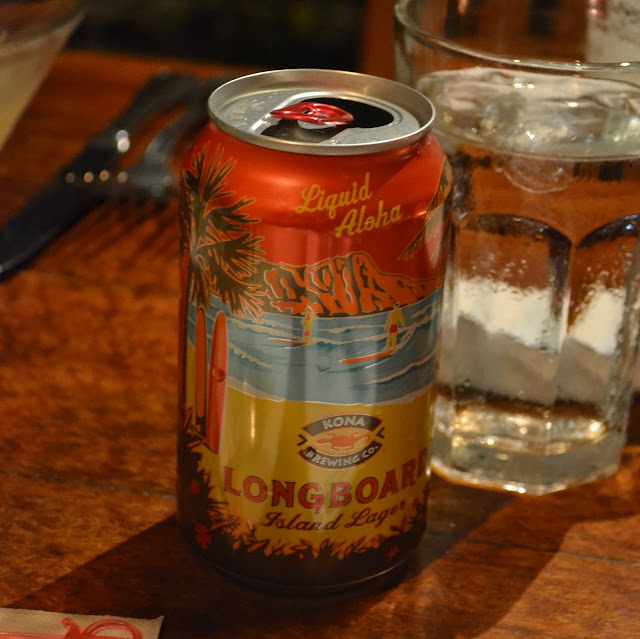 My dinner was steak and mashed potatoes. I must have been feeling dull that night because my choice was far from exciting and equally as satisfying. Medium well turned into well done and I skipped Duke's Famous (and free) salad bar, but filled up on dirty vodka martinis! Who's complaining? Not I. 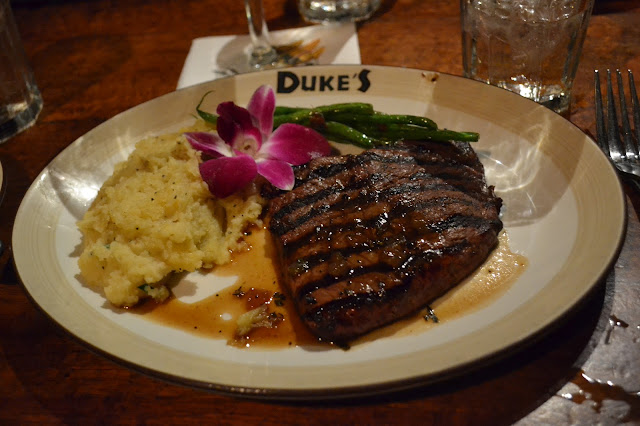 Bryce got the combo of Huli Huli chicken and baby back ribs (pork) and ate every last bite. Here's the thing: typically ribs in Hawaii are Korean style short ribs and very different from this baby back style and your side dish is almost always rice and mac salad. Visitors who are adventurous with their taste buds aren't eating at Duke's every night so they'll have to venture out of Waikiki for that kine local grinds! Here you get a standard mainland meal with a Hawaiian flower on your plate :) 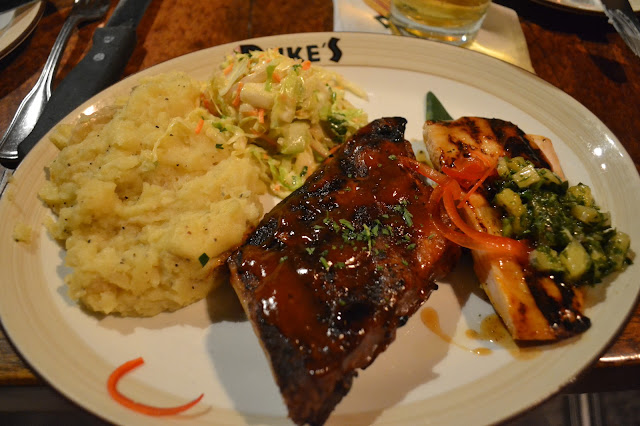 Here's Karen and I at Duke's! Her Mom and my Dad are siblings. Our Grandma Sally, who's 94 years old, has ten grandchildren and we're ALL GIRLS! Karen is first and I'm tenth. 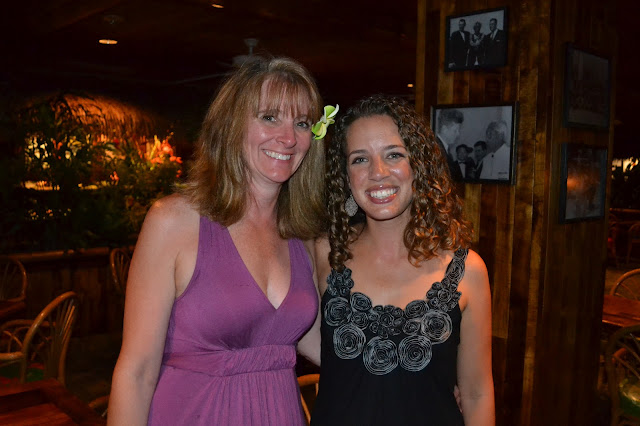 Terry rocking his Aloha shirt, me, and Karen modeling the foam flower! 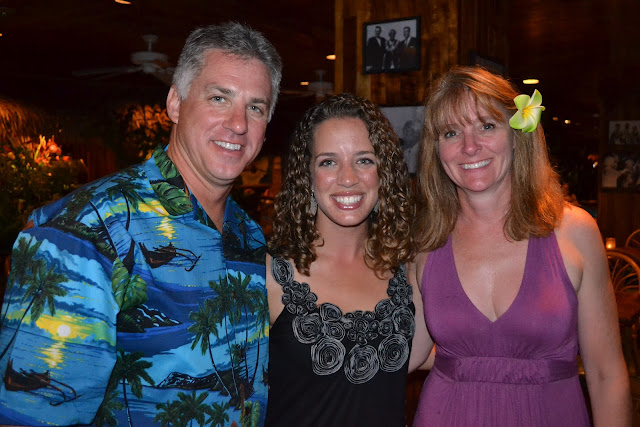 Duke's is the perfect place for such memories, filled with family and friends soaking up the weather, sweet ukulele tunes, and enjoying each others' company around the table. The food isn't the most exciting or memorable, although that doesn't seem to distract from the experience at all!

The lobby is filled with Duke memorabilia, including a (smaller) replica of the life-sized statue that's just a few blocks away. 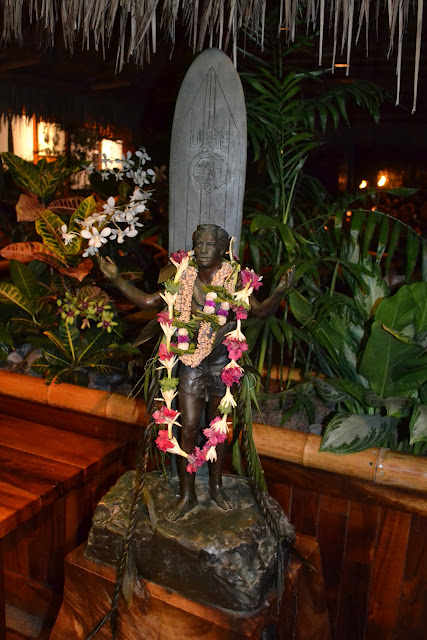 The restaurant does a fantastic job of keeping Duke's memory alive and well, even for those who didn't know who he was prior to visiting Hawaii. 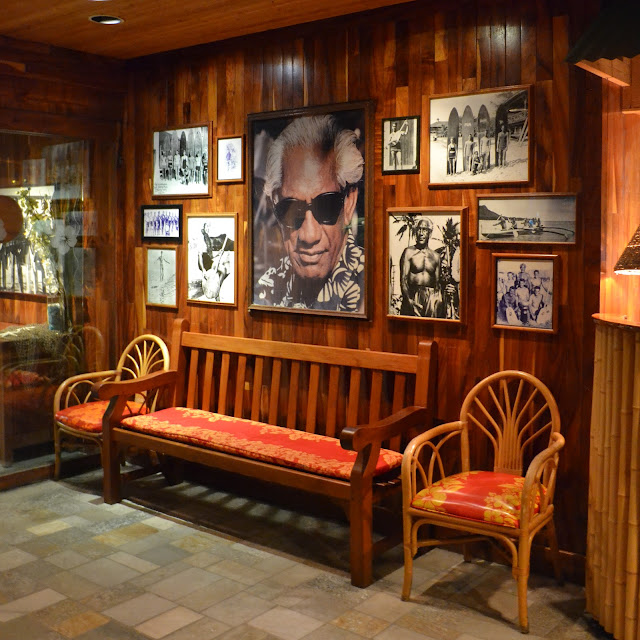 Here's our group under the outrigger canoe in the restaurant's lobby: full and happy! 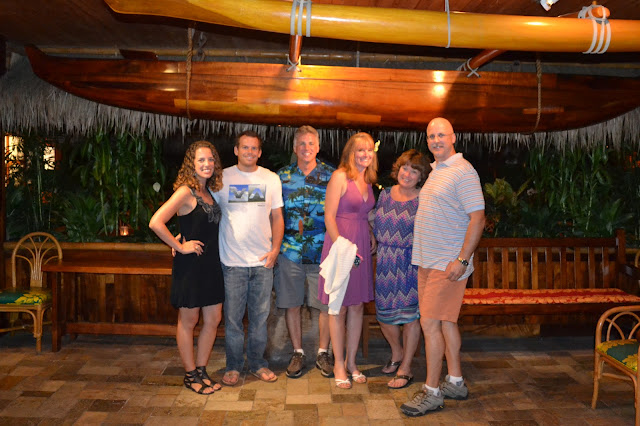 Really, in a place filled with warm ocean breezes and surfboards, what's not to love? 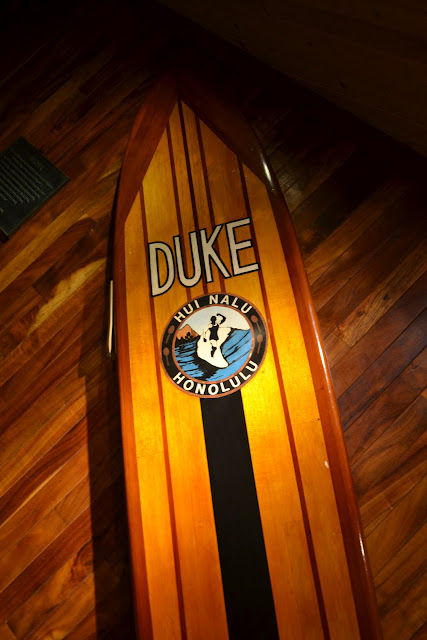 Wasn't he handsome? Obviously athletic, too. What you probably don't know is that he was a sheriff for Honolulu and was re-elected 13 times! 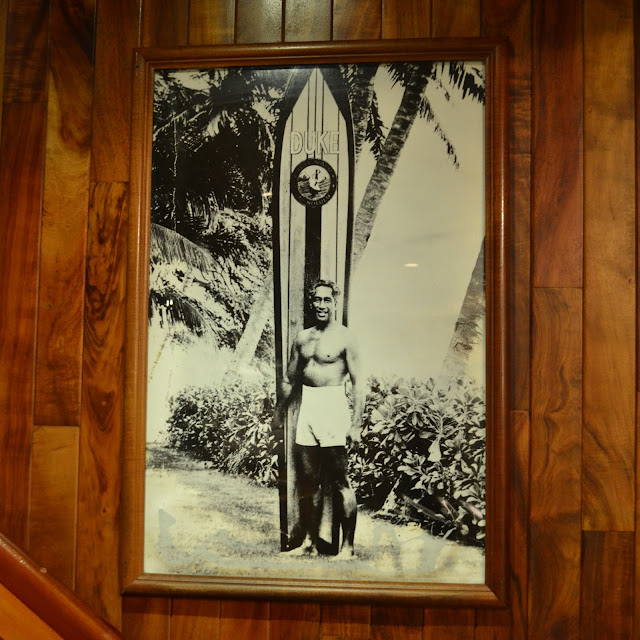 Aloha Duke's, until we meet again! 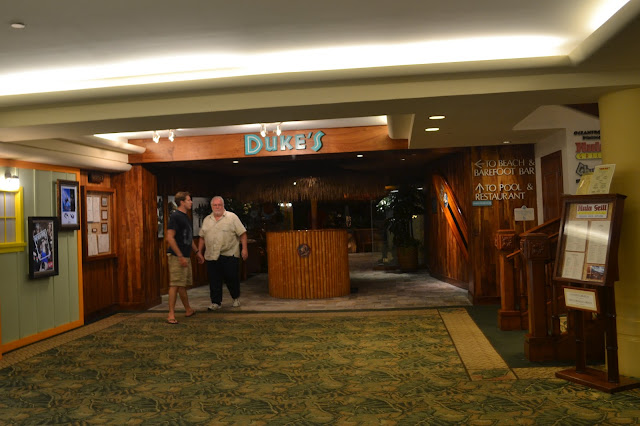